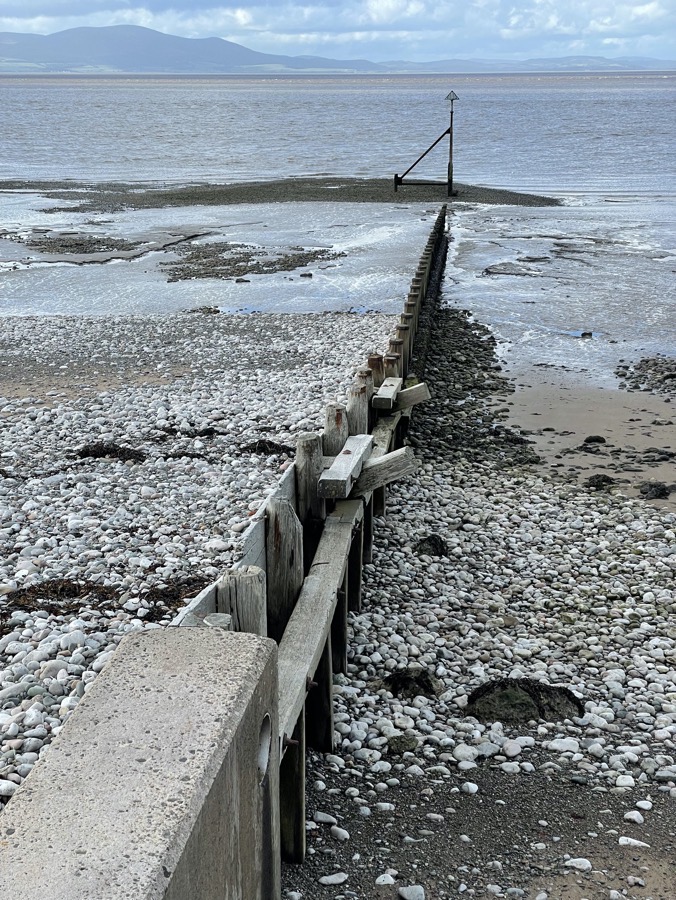 Thanks to a sudden slip on greasy rock descending from Red Screes I’m home a couple of days early.  The absence of cartilage under both patellas, managed through kinesiology tape and strength and conditioning classes, means any fall or slip (and you can’t avoid them) can leave me with a week or more’s ibuprofen and icepack recovery.  It was a real pain (literally and figuratively) as I was moving at pace thanks to working on balance and taping over the previous month and looking forward to several days, so it was a depressing setback and after two days of attempting to recover, I realised that not allowing a full week would threaten recovery and also make me a mountain rescue case which, given I am generally walking long distances on remote paths on my own, would be a level of risk too far.  So on the upside, it has given me a full day without calls and a chance to catch up both on this blog post, but also a lot of the methods and design for the coming Reading Masterclass which is taking place in a venue for the first time in a year or more and which I am really looking forward to.  The majority of the team will be there as well, doing some of the facilitating as well as to learn and mentor, so good news for the future.

Now there are obvious and more subtle messages in the above paragraph for the subject matter of this brief series of posts. “The best laid schemes o’ Mice an’ Men Gang aft agley” to quote Burns. Any planning process has to allow for change, but too many end up immutable and ineffable. In the first post in this three-part series I contrasted Chess with Go and the ability of humans to adjust to changes in the rules.  Today I want to build on the metaphor of an Estuary.  On two days last week when the mountains of the Lake District were, shall we say, suffering inclement weather I drove down to the coast of the Solway Firth which separates Scotland from England.  Both pictures show the estuary with Criffel in the background. Always a poignant sight for me as Brian Noble, Catholic Chaplain at the University of Lancaster, and one my main influences had previously been a parish priest in Maryport and he named his labrador after said mountain as he had seen it every day from his bedroom window.  I can’t see the mountain without remembering the man.

An estuary is constantly shifting the pattern of its sandbanks and in the main, they are perilous to shipping and even more to the walker.  What appears firm sand can quickly become quicksand and the tide will come in faster than a horse can gallop.  To cross an estuary requires timing, local knowledge, and not inconsiderable courage.  Often it is better to head down one shore to where the river is fordable or has a bridge and then walk back up the other side.  The erosion of the shoreline by strong currents adds to the uncertainty and the opening picture shows shingle piled high against one of many groynes but in place in an effort to reduce the impact of erosion.  Within limits that approach works, but it produces imbalances.  Most ships entering a complex estuary will take on a pilot who is familiar with the navigable channels and the whims of tide, wind, and season; you can have the most sophisticated of modern navigational instruments but that local knowledge, in context is key.   Shingle shores require more frequent surveys than do granite cliffs but be can in part stabilise the pattern with groynes.  The history of groynes by the way is a fascinating story of the ingenuity of human engineering and experimentation,  They have to extend far enough landward to prevent flanking by a high tide, too long or too high and they may make erosion worse by trapping too much material.  Permeability has to be just right to trap enough sediment but permeable enough to ensure a degree of resilience.

I’m using the estuary as a metaphor here, not as an analogy, with the intent of turning the reader into a way of thinking that I want to build on in this post.  I may have labored it a bit in which case apologies.  But for me the estuary allows us to avoid the false dichotomy that some people working with complexity make, suggesting that all formal planning is “Taylorist” (a generally derogatory statement that indicates little reading or understanding of Taylor and the growth of scientific management) and use “emergence” as an excuse to avoiding all planning, estimating and commitment.  Worse is when they start to talk about “empiricism” which generally means “this worked for me last time, let’s take a punt on it working again”.  I have oft commented on the Manichæism that seems inherent in all the various management movements.

In the context of approaches to strategy

Now there are many and various approaches to strategy all with publications, various Professors of Strategy, and a lot of consultants.  What is interesting is that all start and finish with the expert interpreter of observed or reported data relating to strategy.  We have the Harvard case based model which tends to privilege the senior decision-maker and strategists.  Various economic theories of the firm deemphasise the individual in favour of various forms of optimisation of return.  Rumelt focuses on a resource-based approach to strategy but also brings in the entrepreneurial decision-maker and their sense of timing.  More recently (and well suited for complexity work) we have strategy-as-practices based on the idea that ‘practitioners are knowledgable performers of every day work’.  All use interviews, structured interviews, expert-based ethnography, and so on.  That empirical study allows the construction of hypotheses ad their publication.  I’ve set to see anyone test the hypothesis other than by more abstractions of more observations and interviews.  I could carry on listing things here and other theoretical cases such as social practice theory and so on.  I’d also make the point that you can find significant explanatory correlations for most of these theories and that doesn’t per se validate them as we are in the main dealing with complex adaptive systems where limiting the variables is questionable without significant qualification.

What you pay attention to can also be influenced but the wider context of the society in which you live and its concerns.  Porter is talking about five forces, competitive edge, and the like and is doing so at the point where under Reagan and Thatcher we get the surge of neo-liberalism.  It doesn’t take much to expand on examples here

The overall point I want to make here is that this method of inquiry means that you inevitably end up developing a theory based on what you pay attention to in carrying out the study.  We also have the big data approaches and also some magical mystery stuff around digitisation transformations and the like.  That has utility, then when it reaches its limits and we get another set of studies, another set of abstractions, and other theory.  The scalability is also in question and I’ve previously written about big, thick, and rich data.  Critically in that post, I argue for integrated quantitative and qualitative approaches and for real-time multi-perspective and critically uninterrupted sense-making in a distributed approach to ethnography.

Now the key thing about naturalising sense-making is that we don’t derive theory from observation of practice, but instead we start with natural science as an enabling constraint and then we investigate within those constraints what we can do that creates change.   We know that we don’t have time to gather and interpret data through experts, but instead, we need to create human sensor networks that continuously capture practice (decision mapping, anomaly marking, etc) and continuous presentation and representation of patterns in that data to the human sensor networks for evaluation and the generation of micro-scenarios.  Seeing things from different perspectives and thousands of those in real-time is a radically different process from a one-time longitudinal survey with general conclusions and abstractions.  If you are watching things in the process of becoming this is critical but doesn’t fit the main paradigms of Strategy Professors and it can’t be replaced by algorithms.   Naturalising sense-making is that radical in its approach; it challenges the ability of any group of experts to use empirical observations and interpretation to provide more than a perspective.  The fact that each perspective is interesting but incomplete starts to explain why we get a dialectical process or fad cycle of strategy.

So what does this mean?

I’m going to expand on this in the next post when I look at navigation.  But for the moment I want to make some key points all of which assume some prior reading of posts in the last few weeks and the links.  I’ll also be teaching this at the coming Reading Masterclass (the venue has said we can expand our numbers a bit if anyone is still interested but its only a week away!  We’ll also be using that event to build the facilitation kits and the like which reduce the level of expert knowledge required to execute.

So more in the next post – and apologies I am exploring some complex issues there and sharing my thinking fairly early.  It’s how I have generally worked, starting with the theory then codifying through tools and processes rather than dumbing down the language of the underpinning theory.  The good news is that people are starting to get that, the bad news is that people are starting to turn up at webinars and the like, grab the ideas then package them up in different languages without proper acknowledgment.  I know that is a good sign in terms of adoption, but it doesn’t stop me from getting irritated from time to time!

This post follows on from the September series which looked at the whole issue of ...