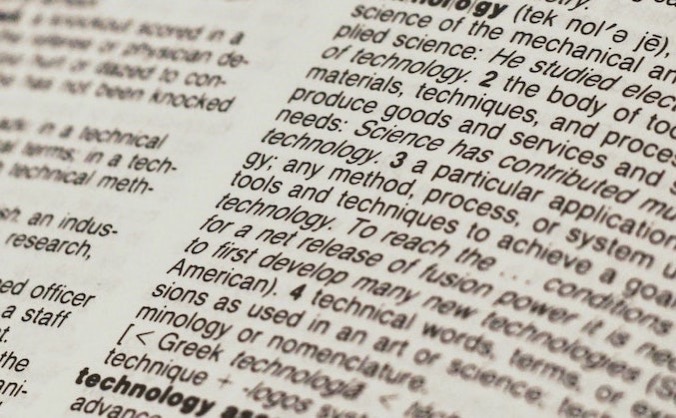 Two interesting sets of interactions on social media triggered today’s post.  One was a distinction made between cutting down a tree and trimming a hedge.  That one came from a tweet by Sonja in which she said “I liked the analogy of hedge trimming vs tree felling. When you decide to cut down a tree, you can’t stop halfway and change your mind. But when trimming a hedge, you may start with one idea but you can change your mind and modify that plan as you go along.”  She was picking up on a Forbes article by Bryce Hoffman of Red Team Thinking.  he reported the metaphor after an interview with Gary Klein. One should always avoid the shallow path of failing to quote sources so it’s a pleasure here to be able to do it with three good friends all involved.  The second was a twitter exchange with Allen Holub about the legitimacy of distinguishing between the words complex and complicated.  It isn’t the first time we have had this debate as he sees them as synonyms.   He had been picked up on this by the self-designated management exorcist  Niels Pflaeging.  For once The Pflaeging and were in agreement, which is rare as, from my perspective, he is the author of one of the ten worst popular books on complexity I have ever read.  He turns down any debate and hides behind multiple blocks of anyone to challenges this, but that seems to be a characteristic of shallow thinkers in various fields.

But all of that aside, I do understand where Allen was coming from and we’ve both been victims of the Galletroll in respect of the wider question of estimates and no-estimates.  Moreover, I more or less agreed with his original statement “Our biggest enemy is complexity. Often, when I say that, people think only of the code we’re writing. Reducing complexity includes reducing the complexity of the entire system, however, not just the code.”  but only if you substitute complication for complexity.  His precise words were:  “I’m using English. @snowded ‘s use of complexity vs complicated is not standard English usage, it’s his own usage. In standard English, they’re synonyms.”  In this respect he was, as in the past, taking a dictionary definition of the words.  The problem is that a dictionary is a publication at a point in time, language is constantly flexing and changing in use.  This is especially true of English which has an ability to absorb words and concepts from multiple languages.  Shakespeare incorporated around 700 words from Welsh because he liked the sound of them – flummery is one from the welsh words llymru and llymrig.  The empire produced multiple Hindi words and the whole language is littered with synonyms, antonyms, homophones, and so on. It also uses metaphor extensively, certainly in a colloquial speech where references to common experiences are frequent: Darmok and Jalad at Tanagra.

One of the great strengths of English (and the general consensus in the Celtic nations is that is far too good for the English) is the ability to make distinctions; in particular, making synonyms into antonyms.  I won’t repeat the examples I have given of this before but complex and complicated are a good case.  By taking words that are familiar but have a similar meaning, and making differences you can more readily people to understand difficult concepts.  Literal interpretations of words never works and dictionaries are constantly employed in updating their material as common use changes.  Yes, a dictionary is a starting point, but you need to look in the literature and the simplest of searches on google scholar would show the words being used differently.  And it’s not Cynefin alone, lots of people use the distinction but in different ways.  The use is evolving as we speak.  As language becomes problematic (to quote J C Sender) new meaning can emerge.   I sometimes wonder if we should ever have moved on from Chaucer …

Metaphor is another key aspect of meaning-making in language and there we get back to the question of trees and hedges. The village in which I live has the distinction of being the only village named in the Doomsday Book without a church – it was linked with the Templars.   One of the two large houses in the village was taken over by a new owner with the money and motivation to restore traditional hedging techniques.  It was fascinating to watch the process.  Instead of simply putting an industrial cutter over it, something that is a nightmare for cyclists as it scatters sharp edges all over the lane.  The process is done by partially cutting the stems (the pleach) and then bending them and entangling them with other branches rather like a braid.  The pleach has enough wood to allow the sap to pass to keep the tree alive and also allow for new growth.  The laid stems (liggers) give depth ad density to the hedge overall.

So if we return to the original idea from Gary that trimming gives you more options than felling which makes sense.  In fact, a key element of crisis decision-making in the EU Field Guide is acting to keep options open for as long as possible.  Hedge laying is I think a more powerful metaphor as the process is a form of managed entanglement rather than bramble buses in a thicket (to quote Juarrero) and therein lies an opportunity or two if we pick up on my earlier theme this month of organisational redesign.  An organisation properly understood is like a language, both formal and informal, constantly mutating and changing to meet new contexts.  If nothing else take this post as a plea to allow that dynamic to continue.

We live, as the Chinese curse tells us, in interesting times;  and those times, to ...

Unless this is the first time you have stumbled across this blog by accident, you ...