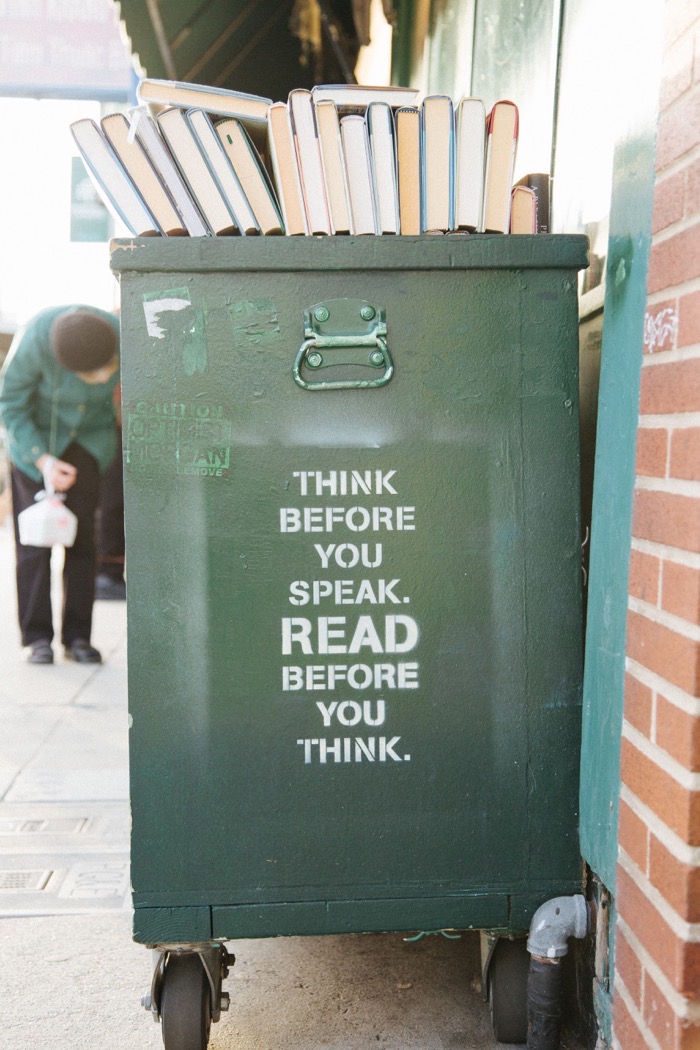 My post of the day before yesterday expressed concern about the general dumbing down of discourse and I explicitly linked the desire for simple recipes and undemanding explanations in the sphere of management to the growth of unthinking populism in the political sphere.  I ended it with three simple things to do if you don’t at first understand something (ones I follow myself daily) each of which ended with the phrase then think again which is also the theme of today’s opening picture.

Now the trigger for that post was someone asking for a translation of my summary reference to the aporetic liminal aspect of the central domain of Cynefin, something elaborated in the last Cynefin update in five posts starting on the 1st March last year.  We are currently developing a body of methods and approaches to this critical aspect of Cynefin and there is a new Masterclass on this taught by myself and Zhen which I would encourage anyone with basic training in Cynefin to attend.  As a part of developing the methods and associated practices, I have been working on three classes of aporia namely linguistic, aesthetic, and physical.  And I plan to explore all three in this and two subsequent posts.

I’m starting with language because it is so important to humans. How we talk about things and how we describe them changes the nature of our perception and new language creates the space for new thinking.  I think it was about a decade ago that I first used the quote below from Martin Heidegger but it is still relevant.

Man acts as though he were the shaper and master of language, while in fact language remains the master of man.

Anyone who has done basic sales training will tell you this.  One of the things you are taught is to introduce keywords and phrases that are novel to your target and see when they are fed back to you.  That means the target has assimilated the proposition and it is what is known as a buying signal.  Key phrases can acquire meaning very quickly.  Think about The UK Cabinet Secretary struggling to justify a clear lie at the time of the Spycatcher trial.  He first talks about a misleading impression and then moves onto say that he might have been economical with the truth.  Anything to avoid admitting a downright lie.  For the last four years, I have been reading Trump’s tweets every morning, and am now suffering withdrawal symptoms.  He is the master of using key phrases or words that then trigger or catalyse tropes.  That word itself is powerful and to make a point I often say that people should think of tropes, not memes, and then go onto explain what that means.  If I just used the idea of memes and tried to build on the familiar then people would simply stay with the way they were already thinking.  Making a difference between Complex and Complicated forces people to think differently.

So what are the ways that we can use language to create an aporetic state?  Remember that the purpose of creating aporia is to create a sense of deliberative confusion, a realisation that you have to think differently.   Well here is a list:

Now there are almost certainly more but I tend to stop when I hit seven anyway.  All of the above will be familiar to most people and we all use them to varying degrees.  It is important not to fetishise any of the approaches.  The obsession with Japanese words in Lean for example when the whole thing comes from Denning in the first place.  But used deliberatively they are all-powerful.

Tomorrow I will move on to aesthetics, and also semiotics.

The opening picture is by Kyle Glenn on Unsplash

The banner picture continues the theme of the earlier post with a picture of one of the bookshelves in my study.  This is the section for Welsh (and honorary Welsh) poetry and there are other books in the Living Room which I need to start sorting and cataloging this week

Yesterday I mentioned the family history with reference to my mother fighting for her chance ...

This is the second post in my three-part series on creating aporia and I will ...