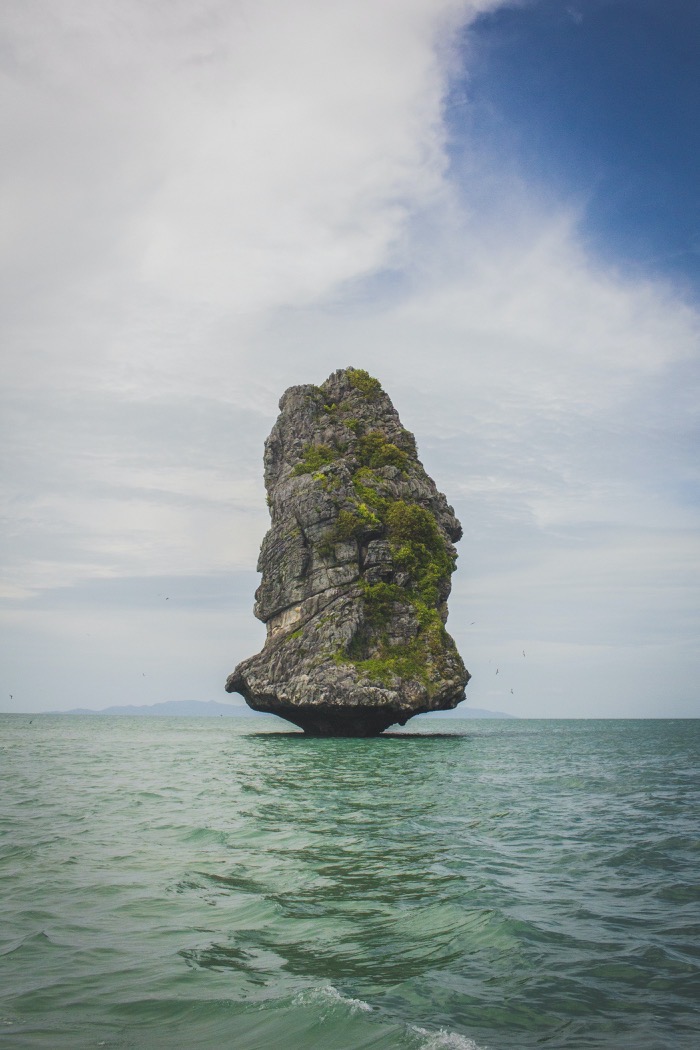 A health warning – this is an exploratory post starting to develop an anthro-complexity theory of organisational change.  As such I am working through some of the basic science relating to the constraints within which such a theory can be developed.  This is Praxis in action!  I am also starting an exploration of how tools and techniques which evolved in a previous paradigm apply or do not apply some of that is controversial.  I intend to push the limits a little here so as ever I reserve the right to be more reasonable under questioning.

One of the wider issues in complexity work is that it requires us to break away from old ways of thinking.  That is particularly difficult in the Anglo-Saxon culture (shorthand for Northern Europe and North America) where thinking in terms of linkages and connections runs up against the dominant assumption that organisations are collections of individuals and further than those individuals will make rational decisions if they are presented with the right information and/or have a common purpose.  A whole battery of organisational change consultants and departments organise around variations of what is known in political philosophy as social atomism.  This is the assumption that the individual is the primary unit of analysis and that all collectives are in effect assemblies or contracts between individuals.  You can trace it back to the Reformation in the 16th Century and the parallel rise of mercantile capitalism. although it has earlier roots.  Given the domination of those cultures over the centuries it is no wonder that the ontological assumptions of social atomism underpin most work on organisational and also personal development.  If I am being mischievous I could connect the invisible hand of Adam Smith with the ideas of the subconscious in Freud and Jung.  And if you work in the change field as a coach, consultant, or manager the pervasiveness of Jungian archetypes is hard to escape. We see some of this in things like the Myers-Biggs personality test, now pretty firmly established in the literature as a pseudo-science.  It seeks to place people in categories so that they can more effectively be deployed as human capital or, God help us, assets.

Now science itself has moved on and models of human consciousness based on a cartesian division of the mind or the body have been replaced with a distributed model in which the mind is embodied, enacted, and possibly extended.  Autonomic and novelty receptive processing explain an awful lot of the non-conscious decision-making in humans (system one and two if you want a more popular form).  Inattentional blindness and a growing understanding that so-called cognitive biases are actually heuristics that allow us to make decisions with less energy consumption.  The knowledge that aesthetics,  abstraction is a key aspect of human evolution and vital to our capacity to innovate through making novel and unexpected connections between things.  Then complex adaptive systems theory gives us the key insight that how things connect matters more than what they are.  Combine that with our work that combines the idea of an assemblage or trope with strange attractors and we are in a very different world and also critically one that is entangled rather than ‘enlightened’.  The other characteristic of the dominance of Anglo-Saxon culture has been enlightenment thinking and in particular the thinking of the Scottish Enlightenment itself a precursor of the English Empire that morphed into the American hegemony that dominates current day thinking and in particular management ‘science’.

The reality is that all of this new understanding is more compatible with communitarianism (not communism, please) which has traditionally been contrasted with social atomism.  It doesn’t completely validate the wider aspects of that theory but the idea that people are constrained by their history (path dependency in complexity) which is based on multiple social interactions and perspectives overtime is definitely there.  And if your primary identity is clan not individual-based then you have a very different perspective on the world.  In the shift from enlightenment to entanglement we cannot predicate organisational change on individual change.  So I want to look at what that means for organisational design, and then for the role of the individual and coaching/facilitation in consequence.  This also has consequences for social change and the need to see ourselves as entangled with our own planet before it is too late.  Give that I referenced back to the Reformation I want to use John Donne’s famous meditation as the transition.

No man is an Iland, intire of itselfe; every man
is a peece of the Continent, a part of the maine;
if a Clod bee washed away by the Sea, Europe
is the lesse, as well as if a Promontorie were, as
well as if a Manor of thy friends or of thine
owne were; any mans death diminishes me,
because I am involved in Mankinde;
And therefore never send to know for whom
the bell tolls; It tolls for thee.

We have to shift from the engineering-driven concept of defining an endpoint and closing the gap – the norm of all change initiatives and god help us the idea of transformation, a word that should be banned – to a more organic concept of mapping the evolutionary possibilities of the landscape; starting journeys with a sense of direction.  This means we need to think very differently about the process and use very different methods.  Provisionally I want to suggest three key activities that will enable this. 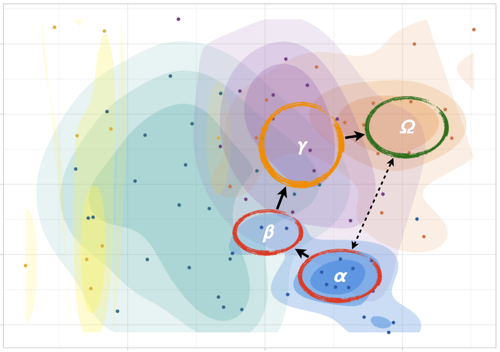 Those three stages, which you work in parallel, work with the natural contours of the landscape rather than trying to impose a structure. The approach is very different from defining a future state, and employee attitudes and trying to close the gap.  And that leads us to the vexatious question of techniques focused on the individual   Now I will make it clear that I have deep and abiding suspicion of change techniques that come sideways from therapeutic techniques; they tend to privilege the therapist and assume that people need therapy and are often a benign form of thought control.  There are then a body of techniques that derive from Jung, indeed the whole organisational change community is deeply entangled with Jungian Archetypes, and that entanglement ranges from work which has high integrity to the pseudo-science of Myers Briggs. Psychoanalysis and the psychodynamic shifted to an organisational setting at the end of the second world war and also spared sociotechnical approaches.  Now archetypal symbolism has a lot of value and over the years I have developed a series of methods based on that.  However, the Jungian idea of unconsciousness is based on ideas of universality and oppose Aristotelian approaches based on virtue, the golden mean, and so on and as a general principle I would always choose Aristotle over Jung.  In modern psychology it can be considered a marginalised practice that is defined a lying outside of science (not a bad thing of itself) to recognise its use.  In practice, it is also heavily based on the articulation of said underlying issues which has its place, but so does acting together without the need for articulation, and the latter, in conflict management is, I think,  more valuable.  Meditation from Buddhism to the Spiritual Exercises of the Jesuits all recognise the physical nature of understanding.  My earlier references to post cartesian understanding of consciousness come into play here.

Now all of that said, it may not matter much if we get to focus.  Only a fool would say there is no role for the individual, no role for a coach or counselor or facilitator, but such roles are based around the ability of an individual to operate within a wider constraint structure.  Also, the evidence is that the only thing that makes a difference in therapy is not the theory but the relationship of the patient with their therapist and I think the same things apply to coaching and facilitation.  So the first thing we need to recognise is that there is a need here, but it follows the other actions or enables them it does not drive change.

Another bête noire is maturity models that imply a linear progression to a higher state.  Some of this is useful – Adult development models have utility, others are dangerous such as spiral dynamics.  However, now we understand identity we can take a different approach.  Take those linear stages and define them as modulators with a complex system that can occur in different strengths and frequency in different contexts.  Combine that with ASHEN, an early knowledge management model that identities artifacts, skills, heuristics, experience, and natural talent as a typology and focus the right techniques on the right types.  Skills can be trained, experience (sic) requires time, and so on.  The world is complex and messy but we don’t have to throw out what has worked in the past, but we need to understand its limits and mutate it.

There is a lot more that could be written here, but I think that is enough for now.  I’ll finish with a key concept from Pilgrims Progress (that followed Donne) from Matthew 7:13: for wide is the gate and broad is the way that leads to destruction, and there are many who go in by it.  It is all to easy to follow the path that people are familiar with, even it if wrong.  As we move into uncertain times we need to think anew and act anew and that means to use the new insights and understanding that are emerging from the field of anthropology-complexity, respecting but not being bound by past practice.

Opening picture by Nathan Boadle both on Unsplash

Emma Jones of the Cynefin Centre for the material on Jung and Aristotle.

The title of this post is used collectively to refer to gluttony, fornication, and avarice ...

Naming things is always fascinating and learning the origins of names an education of itself. ...