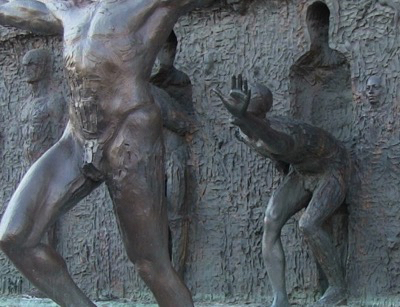 Over the last couple of weeks I’ve been thinking a lot about constraints in the context of complexity in general and cynefin more specifically. I’ve long used a constraint based definition to understand the differences between order, complexity and chaos. I got the original idea from Alicia Juarrero and subsequently developed it into Cynefin itself. That included the idea of enabling constraints as a key aspect of complex system. Alicia recent took part in a premium member webinar on the subject that was helpful, building on a keynote she gave in New York last year. One of the key aspects of this is the idea of context free constraints, universal rules or principles and context specific ones which cannot be universalised. In general context free constraints tend to only work (ironically) within the context of order at a system level. However there are limits imposed by natural science that are near universal in nature as far as they pertain to those systems.

Now I have used a part of “Freedom” an outdoor sculpture by Zenos Frudakis, located at 1600 Vine Street in Philadelphia to illustrate this post. Too often when people talk about constraints they assume they limit freedom and while this can be the case, it ain’t necessarily so to use an immortal line from Porgy and Bess. The internal skeleton of human provides a coherent structure, but also allows variety. The gene proves a constraint, but not a determinant of organic life and so on. Without constraints there is no evolution, true randomness is purely and simply chaos, nothing more, nothing less. There are also links here to Goldratt’s Theory of Constraints but it is far from an exact match and the translation is something I want to work on in a future post.

For the last few years I have made a distinction between enabling and governing constraints in distinguishing the complex from the complicated domain within Cynefin. That has value, but it wasn’t really enough and I know I needed to do more. In parallel as I developed the dynamics within Cynefin, I started to withdraw from the use of the tetrahedron models that Cynthia introduced to the framework in our joint article New Dynamics of Strategy. She has now moved those onto her confluence framework where they sit more comfortably. One of the reasons I wasn’t happy with them is that they implied a hierarchy either present or absent. Cynthia was never happy with that, I always explicitly made it clear they weren’t; but the representation lent itself to that approach. Even without that it wasn’t a good enough model to both understand the system underlying the domain and the nature of the organisational form which would be authentic to the system. The final piece of the jigsaw was my discussion with Glenda Eoyang in which I was unhappy with her use of the word container. The mapping her work, my work along with Stacy and others is something I hope to post on soon.

So over multiple doodling on planes and, most recently in the various waiting rooms of the Great Western Hospital in Swindon, I started to create a taxonomy of constraints and containers that will become a part of Cynefin over the next few months. At its most basic I am introducing the idea that in any system there are containing constraints and coupling constrains, developing an earlier metaphor of exoskeletons and endoskeletons. The first defines the boundaries around something, the second defines the interactions between entities that form a part of the system.

So what follows is an initial taxonomy of the nature of both containers and coupling types. For a period they were different with some overlap, but then I realised they were the same. I’ll list them below but in subsequent posts I will work on different combinations of them in terms of different levels of uncertainty and manageability. I’m also starting to play with a set of symbols but I really need a graphic designer to work on these! Obviously one type of container may contain different types of coupling. That is for a future post.

Here the coupling is rigid, rather like bolts and the boundaries are full on, they cannot be passed other than by their breaking which may well be catastrophic to the system as a whole. A system in which both coupling and containers were rigid would be at the extreme end of order, teetering (in the case of a human system) on the edge of catastrophic failure within Cynefin. Something that is rigid can also easily become brittle and break catastrophically. While appearing to be highly ordered these can easily become the least resilient.

Here there is some give and take. The boundaries of the container can stretch and change form, accommodating flux without breaking. They provide less stability that a rigid boundary, but they have higher resilience, that is until they snap. The same principles apply to coupling, more flexibility, more resilience but at the extreme they may still result in catastrophic failure.

Now I don’t mean this is sense of the dark arts, but in the sense of dark matter. Something whose presence we impute by its effect but which we cannot see or directly manage. These are some of the more interesting aspects of a human complex system in that they seem to have a disproportionate impact on the system as a whole. Often they are understood within a community but cannot be articulated. They are simply the way we do things around here. This can include taboo and habits along with other social aspects.

In some ways they are similar to elastic, except that they are not elastic. Two entities connected by a steel cable with a lot of slack, but once the slack is taken up in full there is no elasticity. For the containing boundaries that means flexibility of shape but not of overall contained area. Stress the system and both the containers and the coupling with snap to its limits, so again resilience is limited.

This is important as it is probably the most resilient but the least manageable. Under conditions of stress any natural system increases its mutation rates to increase its adaptability. Here a rigid system may become elastic, then loose then rigid again and so on. In the mutation phase the nature of the mutation can be more easily managed and directed – if you are aware it is happening in the first place that is.

For the container somethings can get through, others cannot and similarly for the coupling the link is either there or not there and is contextual in nature. Permeable boundaries have the highest degree of resilience especially of the permeable range can be extended or reduced at need. Similarly for coupling, the links may be there or they may not be, but, we know how to trigger their presence.

PS: It will be a few days before I develop this further. I’m going to run it out at the Cynefin Meetup in Melbourne for those interested and there a few places left at the time of writing.

The picture comes from Monday’s VIP tour of NASA before a workshop of innovation at ...

I landed in Melbourne after two long flights but with the satisfaction of an email ...