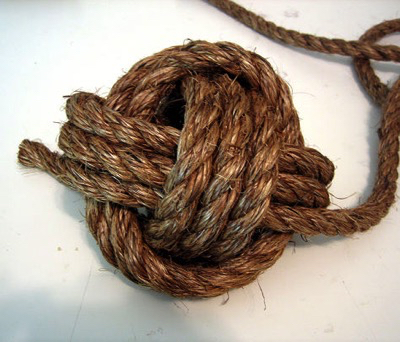 Coming to the end of two weeks in New Zealand and I’ve been struck by a dreaded lurgy, or possibly lurgies which have hit productivity not to mention the loosing the will to live moments in the early hours of the morning when local anaesthetic lozenges aren’t up to the task of allowing evening brief moments of sleep. But illness and lack of sleep aside I’ve made the bulk of the key meetings and there is a lot of excitement here in various government bodies about much of the new work, especially citizen engagement and meaning programmes that are now moving into the active phase.

For many years I and a few others have been voices crying in the wilderness on the use of complexity in policy. Life is getting a lot easier with more people picking up on the concepts and a growing body of publications. All of this is good, but much of the material I have been reading and many of the conversations in the last year or so have resulted in some concern. Namely that people are realising that the old linear models of thinking are no longer sustainable, but they can’t really shake off linearity, but simply try to reduce the cycle time and add in experimentation. In a sense there is an element of nostalgia here for the old certainties, or possibly a legitimate reluctance to challenge orthodoxy to the point of rejection. For the avoidance of doubt, the conversations this week have encouraged me believe that this is now shifting to something more authentic both to complexity theory and also what we know about human cognition and reality of decision making. A couple of those conversations, especially those on indigenous issues and gender issues have been hugely useful to my thinking and I’m grateful for the various gifts of debate over the last few days. I’ll take a lot of that into the Cynefin Retreat in a few weeks time. But that aside I think it makes sense (sic) to pull out some of the changes in the way we think and act that I think are essential.

I’ve been arguing for the last couple of decades that policy is not the initiation point of a linear process, even with iteration and experimentation to mitigate the impact of planning based on ‘causal’ assumptions. I’ve also argued that there are dangers in some of the hang overs from popular forms of systems thinking, in particular the desire to reduce complexity with clear goals, visions and objectives; such approaches could be considered anti-abductive in nature, reducing the ability to see the significance of outlier events and other weak signals. In a very real sense we need to start seeing policy as an emergent property of multiple interactions between the day to day experience of citizens, the needs of the planet (and other constraints) that are not necessary perceived as immediate to said citizens, political will/desire, expertise and so on. But not just an emergent property, also a form of stabilisation or instantiation of a pattern of interaction when the disposition state of the system as a whole is ready for stabilisation.

To achieve that we need a few key elements in the process:

Now of course a lot of this is not determining a direct process, but changing a constraint or constraints and seeing what happens. Which is why evaluation should really start with identification and mapping of constraints coupled with risk assessment which includes the percentage of current behaviour attributable to dark constraints (we can see the effect but not the cause or modulating factors). This is the real danger in political policy making and rarely if ever articulated.

One of the key changes is to shift from major initiatives to minor initiative that become major as they start to create a consistent change in direction for the better. That way we mitigate the impact of unintended consequences and the excessive investment which reduces the possibly of early admission of failure.

More on this in future posts, and more on knots as well; although the reason for my use of the metaphor should be clearer now.

I've been developing a theory of constraints both as a method for strategy mapping and ...

I started to make some real progress on the development of constraint mapping when I ...