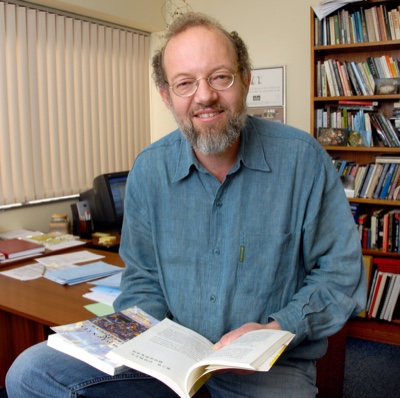 One of the oddiities of our increasingly digitial world is the way that birthday and other reminders pop into view for old friends who are now dead. Paul Cilliers, author of Complexity and Post-Modernism and Professor of Philosophy at the University of Stellenbosch died on July 31st 2011. Max Boisot also died in September of the same year and the loss of both of them when they still had much to do was a tragedy. Along with Alicia Juarrerro, thankfully still very much alive they formed a key trio of thinkers who had, and have a profound influence on my thinking, more so that the many co-authors I have worked with over the years. Paul was a generous friend as well as a good thinker. I have fond memories of conversations in South Africa, London & Italy over the the years. Most years one of his PhD students would turn up in London with instructions to seek me out and have ideas challenged. Paul and I came from very different philosophical traditions and perspectives and it was a measure of the man that he wanted students not accolytes.

Paul’s birthday as on Christmas Day so I got the reminder just when I was putting together the series of key aspects of anthro-complexity and that gave me the idea to reduce the list to ten and add an opening and closing post to make twelve, for the days of Christmas, in all. Paul to my mind produced one of the defining lists of what makes up a complex adaptive system. He also had a gift for metaphor and clear way of writing and talking; I got the metaphor of an airplane v a mayonnaise from him along with many other things. So a good starting point in this series of posts (which will all be modified into the book) is to remind people of them and add a commetary as to the differences with human systems – those differences being the reason I coinded the anthro-complexity name. So here we go, Pauls characteristic in italics followed by my comments. To be clear my notes are just that, notes for what will be a more extensive elaboration over subsequence posts.

Characteristics of a Complex System

Complex systems consist of a large number of elements. When the number of elements in a system becomes sufficiently large, conventional means not only become impractical, they also cease to assist in any understanding of the system.

If you are studying an ants nest or other natural pheunomina then its easy to make an assessment here. Some of the issues in human systems relate to what is an element in the first place. If its an idea, then are many ideas in conformity with each other so in effect there are few elements? What level of variety is sufficnet to make an element separate? .

A large number of elements are necessary, but not sufficient. The grains of sand on a beach do not interest us as a complex system. In order to constitute a complex system, the elements have to interact, and this interaction must be dynamic. A complex system changes with time. The interactions do not have to be physical; they can also be thought of as the transference of information.

Interactions count in complexity more than the things interacting. Given the volume of elements the interactions automatically become more important. But while in the nature the interactions are readily defined it is more difficult in a full human system. OK information systems analysis is different here as the whole thing is explicit, its more like the ants nest where the genetically encoded response to various phrenome ttraces are known and can be similated. Human interactions incliude art, abstraction and group response just to get started and there are many more variations down to language and other forms of group communication and understanding. For all of these reasons the study of human complex systems is qualitatively different.

The interaction is fairly rich, i.e. any element in the system influences, and is influenced by, quite a few other ones. The behaviour of the system, however, is not determined by the exact amount of interactions associated with specific elements. If there are enough elements in the system (of which some are redundant), a number of sparsely connected elements can perform the same function as that of one richly connected element.

This is an important point as it allows systems to behave in unexpected ways when the contecxt allows. For example during a period of evological disruption the next apex preditor is low energy cost, highly adpative, in that context the ability to better create common meaning is sparse connections gives evolutionary advantage. Small groups, familiar with working together can handle hightly complex environments with sparse communication. Again the quality of a human system allows us more opportunities here.

The interactions themselves have a number of important characteristics. Firstly, the interactions are non-linear. A large system of linear elements can usually be collapsed into an equivalent system that is very much smaller. Non-linearity also guarantees that small causes can have large results, and vice versa. It is a precondition for complexity.

Interestingly this one works the other way. Humans have learnt how to create linearity in elements and element interaction through training, ritual etc. That means we can increase predictability, reduce the consequences of small changes. This is a point of departure for my thinking that say, Stacy. I think one of the unique things about humans is out ability to make systems non-complex or ordered in nature. To use common language, shared narrative a means for stability and repeatability.

The interactions usually have a fairly short range, i.e. information is received primarily from immediate neighbours. Long-range interaction is not impossible, but practical constraints usually force this consideration. This does not preclude wide-ranging influence – since the interaction is rich, the route from one element to any other can usually be covered in a few steps. As a result, the influence gets modulated along the way. It can be enhanced, suppressed or altered in a number of ways.

A major difference for humans systems here with our ability to communicate over time and space, to mean that interactions are not confined to short range interactions. A small idea can be picked up in a radcially different context and its impact magnify out of all proportion. We seem to have developed an ability for narrative infection (as Brexit impacted favourably on Trump) in which innate abstractions create complex interactions over long distances.

There are loops in the interactions. The effect of any activity can feed back onto itself, sometimes directly, sometimes after a number of intervening stages. This feedback can be positive (enhancing, stimulating) or negative (detracting, inhibiting). Both kinds are necessary. The technical term for this aspect of a complex system is recurrency.

This one is a even more complex in human – the phrase “That one will come back to bite you” comes to mind. Our language, evolving as it did from abstrations, means that memory or associate triggers are common. Our ability to allow key words or phrases to trigger memories and result in disproportionate action for example

Complex systems are usually open systems, i.e. they interact with their environment. As a matter of fact, it is often difficult to define the border of a complex system. Instead of being a characteristic of the system itself, the scope of the system is usually determined by the purpose of the description of the system, and is thus often influenced by the position of the observer. This process is called framing. Closed systems are usually merely complicated.

Humans go beyond interacting with their environment they actively seek to modify it to their advantage. That is not just the ideas underpinning the idea of the Anthrocene but its also the way a skilled populatist will maniputate language by asspcoation with metaphor or with a past memory. Humans can make open sustems closed, or closed systems open with alacrity and often without the need for intent.

Complex systems operate under conditions far from equilibrium. There has to be a constant flow of energy to maintain the organisation of the system and to ensure its survival. Equilibrium is another word for death.

As a species we tend to avoid stability taking things as a whole. Yes we like it from time to time but we soon get bored and seek novelty. We can create energy through ideas, sacrifice ourselves for an ideal and so on.

Complex systems have a history. Not only do they evolve through time, but their past is co-responsible for their present behaviour. Any analysis of a complex system that ignores the dimension of time is incomplete, or at most a synchronic snapshot of a diachronic process.

A massive difference in human systems here. We not only have a physical history but we also write history books and tell stories. English exceptionalism, linked to romanticism about the Empire and standing alone in WWII is a powerful historical trop that can easily be triggered against the calls of reason. History for humans is not just historical it can be constructured and reconstructed in the here and now, based on the contingent needs of the present.

Each element in the system is ignorant of the behaviour of the system as a whole, it responds only to information that is available to it locally. This point is vitally important. If each element ‘knew’ what was happening to the system as a whole, all of the complexity would have to be in that element. This would either entail a physical impossibility in the sense that a single element does not have the necessary capacity, or constitute a metaphysical move in the sense that the ‘consciousness’ of the whole is contained in one particular unit. Complexity is the result of a rich interaction of simple elements that only respond to the limited information each of them are presented with.

Yes, but in humans we have created ways in which we can have knowledge of teh system as a whole. We are not always blind actors or respondents to immediate stimulii. We can constrain communication, we can solidfy entitites within the system, we can create real time feedback loops that allow direct manipulation of system outcomes.

So what comes next?

We have intelligence, we readily maintain diffent identities, we are capable on intentional action at an abstract and concrete level. Humans are not ants and the study of complexity in human systems needs to take that into account. All of that I will develop over the next ten posts before I conclude. 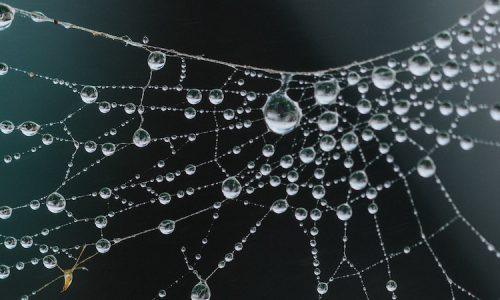 Over the years I have had various encounters with cults from the overtly religious to ...

Inherent uncertainty is our natural habitat

Yesterday I used Paul Cilliers list of characteristics of a complex adaptive systems to introduce ...