Today was a somewhat bazar set of coincidences.  I had little sleep in part due to the travel traumas of yesterday in part to my failure to bleed the radiators a few weeks ago when first asked.  The noise when the heating came on at 0630 was just too much!  I also had to get to Cardiff for the final Heineken Cup match of the season (The Blues v Sales Sharks); nothing at stake but pride I am afraid, but the loyal fan should be loyal.  Given the lack of sleep and the dubious condition of the roads I decided to take the train which would also allow some reading time.  I should have taken snow boots and fleece lined trousers as well but my departure was hurried and I didn’t check the forecast.

I needed a book that would fit into a coat pocket and Margaret Wheatley’s So Far from Home had arrived in the post while I was away and it fitted the bill in terms of both dimension and length.  I had largely completed it by the time we got to Cardiff and completed it, shivering with a lack of feeling in my feet, in Coffee #1 just outside Cardiff General Station waiting for the 1825 back to Swindon.  Easily the best coffee shop in Cardiff by the way.  I had also folded the 21st anniversary edition of Philosophy Now into the same pocket and the feature on Nietzsche Reloaded kept me occupied on the return journey.

I had ordered the Wheatley book while in Halifax on the recommendation of one of the participants.   I had talked about the way in which systems thinking works backwards from an idealised future state, attempting to close the gap with the present; while complexity thinking seeks to describe the present, see what can be changed and monitored then evolve forwards to a future, unknowable but most sustainable state.  I also made the point that one needed some sense of direction to do this, but how to do this lay in following a path of virtue using parables and heuristics.  The former is idealistic (common but not philosophical meaning), the latter pragmatic (common and to a degree philosophical meaning).  I used Meg Wheatley and Peter Senge as examples of idealistic systems approach, both use the language of complexity in  an old wine in new wineskins sense by not really taking on board its implications.  My informant said that So Far from Home gives up on the idea of an ideal future state so I slipped open the Amazon App on the iPhone and it was waiting for me on my return.

Now I should start off my saying that I am really glad The Blues won.  I’ve never in the best of moods if they loose (and the inevitable newspaper headlines that follow).  Its depressing and missed opportunities can keep me awake at night.  Three missed tries due to selfishness would have put me in that mood (we should have won with a bonus point) if it hadn’t been for the snipping genius of our scrum half.  But such depression is manageable.  The depression in Wheateley’s book on the other hand is not, it is profound dispair .  Her description of our present world on p70-71 if taken seriously would be enough to send me to the station early to find a railway track to lay down my head before the incoming express train to Paddington.  Of them she says: Even as I contemplate writing them, they are simultaneously obvious and depressing.  This is a familiar experience for me – moments of clarity accompaniesd by feelings of overwhelming grief.

Now I can rail against consumerism, greed and self-interest as well as the next person but I could have done so in the past, it’s not a unique aspect of the present.  Science and the pursuit of truth has always been the subject of denial by some aspects of religion, far more so in the past than now; although the US resident might see it differently.  As to distortion between facts and opinions go back to the Tudors, they used their playwrights to institutionalise it in some of the most glorious writing of all time.  Anger as rage has been a feature of world wide conflict more times than I remember from my history books and while we are not free of it in the present day and deaths in conflict continue its certainly no worse than the past arguable its better. As to the statement individuals, groups, ethnicities and governments  fortify their positions behind impermeable boundaries; when was that ever not an aspect of human society?  The internet, which she also decries as failing conversation (“An Eco-system of Interruption technologies”), has done much in the modern era to break censorship which has been a feature of all human societies since writing was invented.

One of her points is that we live in a world where critical thinking scarely exists, where there is no distinction between facts and opinions.  Well I am afraid to say that much of this book falls victim to that criticism.  There is however one point she makes on which I agree, but not with some of the ideological overlay.   Let me express it my way.  We are living in a world where toleration of the many errors that humanity has made over history may not be possible.  We may destroy our planet, not through any new sin but by perpetuation of old sins.  Brinkmanship has far greater consequences now, but it is not new it has already been there.   The problem to my mind is not that we have become more sinful as a species, but that we have not become more virtuous faster enough for the natural resources available to us.

I think what we have in the book is an honest acceptance that the prophesies of Leadership and the New Science have failed and her optimism about change in South Africa (she returns to that frequently) has proved short lived.  Its a characteristic of idealists that when their idealism is shattered then despair is a consequence.  Just to be clear here, the word despair is taken from the book itself, seen as a necessary transition to a state of acceptance.

To be very clear, I agree with much of what she says is wrong.  She has always been an elegant writer with a personal passion and value system which is inspiring at times.  But too much of this book is assertion and polemic, too easy to contradict with evidence thus loosing some of the valuable lessons.

So how does this link to Nietzsche?  Well its in the solution, where she advocates for form of Übermensch in her talk of Warriors.  Its also there in the writing style (both are wonderful) and the despair.  He wording of Warriors comes from the prophecy of the Shambhala warriors.  The story is a familiar one to any Arthurian student.  To quote Shambhala was an ancient kingdom of wise and conscious people, rules by enlightened Kings.  … The People of Shambhala were unusual in that they had no anxiety.  Free from feat, they were able to create an enlightened society.  The sleeping knights of Arthurian legend not to mention a whole host of European stories about virtuous knights whose striving for goodness was made possible by their never being allowed to see the fruit of their success, also follow the same pattern.  There is no need to go to Tibet for this, it’s a part of Germanic and Celtic legends to my knowledge and I expect to many others.  The story is aspiration in nature, it teaches virtue but it is not a recipe for all people in the here and now.

So becoming a warrior in Wheatley’s sense of the word has value.  Striving even if you fail, to achieve justice, goodness, relief from pain and the like is to be commended.  Ordinary people do extraordinary things without having to adopt a religious overlay, or by succumbing to despair about a wider future.  The book’s solution is to focus on the individual and individual transformation.  It makes a token gesture to connectiveness with an all too common confusion over entanglement theory in physics.  But at its heart this is an atomistic novel (freudian slip there) book which fails to realise a fundamental lesson of complexity thinking, namely that meaning exists in the interactions between things not the things themselves.  A retreat to the individual not only provides an excuse for disengagement with the wider issues, but will make this book a self-fulfilling prophesy.

PS: I have a post in draft on Theory U and the idea of presence that will pick up on some of the themes here.  Hopefully next week if I get the time. 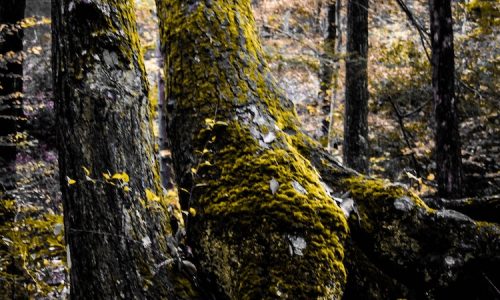 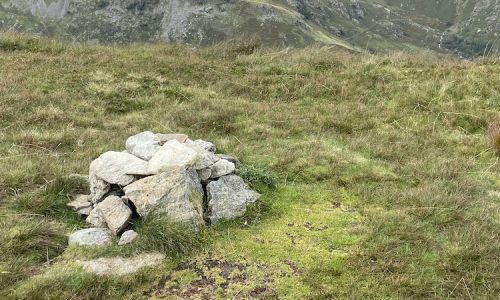 It is better to travel well than to arrive

Today, Friday started on Thursday evening.  At the end of the Advanced Course in the ...

I'd been looking forward to the BBC's serialisation of P. G. Wodehouse's Blandings series for ...