If I had to choose a heresy (and it may be heretical to even pose such a question) then it would be Pelagianism: the belief that human nature can choose between good and evil without the intervention of some paternalistic and anthropomorphised Deity. Under some variations of this, original sin is more the acceptance of the gift of knowledge than some rejection of authority imposed for its own sake (which has always been my reading of the Genesis story). In contrast the least attractive heresy, but the one which persists into the modern age, is Catharism, also known as the Albigensianism heresy which derived from a much older Iranian religious movement Manicheanism. Here the belief is that one will be constantly re-incarnated until you realise that the material world is evil and abandon it. While it had a positive impact in the role of women it is a doctrine that rejects the world and creates a dichotomy between that which is good and that which is evil. The brutal suppression was both politically and theologically driven and was appalling in nature. Visit the Cathar Castles of the Pyrenees and wild romanticism of the locations contrasts with the brutality of mass burnings of the Albigensian Crusade initiated by Innocent III. I’m not advocated similar tactics (although I am at times tempted) but the prevalence of a needless dualism in which somethings are designed as good and others as evil at times tempts me to seek out a new Simon de Montfort.

So why do I think we need a new crusade? Well on the political front in the US and elsewhere we are increasingly resorting to a new form of totemistic tribalism in which truth, facts, compassion and understanding are thrown out of the window in favour of a tribal identity entirely defined by being for something or against something, absolutely without qualification or nuance. But this post was less promoted by that aspect than the constant tendency of consultants and practitioners to create two column tables or illustrations which distinction between the evil past and a heavenly future. The latest version of this is a rather oddly titled article from the end of the last year Is the era of management over? This, like many other examples attempts to besmirch the past creates a either/or set of alternatives. Now to be clear if this is seen as a switch en emphasis, taking a both/and approach then I’m happy to buy into it.

So why should we be worried about this? Well lets look at each of the polarities:

For me we need a lot more contextual views of both/and rather than either/or. I called it bounded applicability in the early days of Cynefin. Management is about knowing and enabling that balance in practice as well as their. The death of management is a nonsense concept, the issue is what and how we manage, with whom and in what context.

The Consolamentum of the Albidensian’s was a means of rejecting temporal pleasure or rather engagement in the temporal; the word made spirit rather than the word made flesh if you like. The idea of a fully networked, transparent, empowered purposeful experimental organisation similarly lacks engagement with reality. 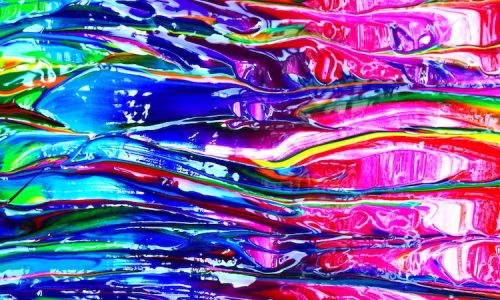 Long distance walking is meditative in nature and often metaphorical in the nature of the ...

Given I live in the UK and have a preference for One World I spend ...