We are aware, we don’t just react 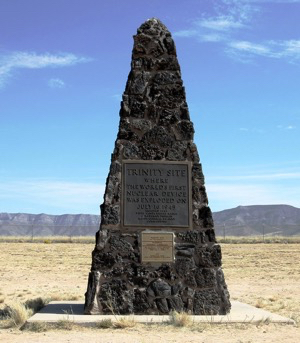 The Anthropocene is generally dated from the Trinity Test – the first explosion of a Nuclear Bomb which tool place in 1945. It is the point at which humanity had significant impact on the geology and ecosystems of the world. It could be dated much earlier, for most of our existence as a species we have actively modified our environment, we don’t just react to it. I can simulate the construction of termite nest through simple rules working with individual agents, bonds algorithm mimics the flocking behaviour of birds and there are a host of other examples of common complexity many of which are now clichés. But humans are different, yes at times they have blind responses, herd behaviour but they can also act intentionality, and critically against their own interest. Humans can create rules and sense-making constructs that modify their and other people’s behaviour. We have the intelligence to understand, to create explanations, to create and use abstract mathematics and science in such a way as to profoundly impact on our society and environment.

We have developed religions, belief systems and social practices that provide stability, explanations and authority. Some are designed, many emerge, all evolve. We are meaning making entities at an individual and a collective level. Language, narrative, social feedback loops all modify reactions to allow for unforeseen possibilities. We are masters of innovation, of repurposing to allow rapid development of new tools and adjustment to the unforeseen. Creativity, curiosity and cruelty are all a part and parcel of our complexity.

So humans aren’t ants and the field of anthro-complexity requires a trans disciplinary study and methods. Event methodology changes ….

One of the more fascinating aspects of human systems, and one of the most significant ...

The abstract and the liminal

I’m now reaching the end of this series and I haven’t exhausted all the characteristics ...