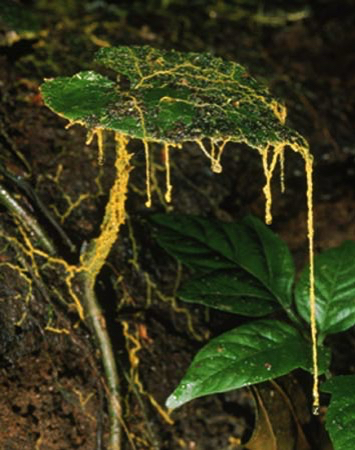 I started to make some real progress on the development of constraint mapping when I realised the typology I was developing split into resilient and robust categories. Inevitably when you use those words the question arises as to Taleb’s anti-fragility and there are other issues. Making words problematic is something I was introduced to by J C Spender at an AoM session in Washington several years ago. He argued that when the meaning of words becomes problematic then advances are made. He suggested this was true for knowledge at the turn of the last century and that my work was making the whole idea of meaning problematic in turn. The meaning word is important but I will leave that for another day. For the moment I want to outline where I am with the R words.

For some years now I have defined robustness as surviving unchanged, while resilience is surviving with continuity of identity over time. I’m not sure that surviving is not too reactive a word but it will do for the moment. Now in using the language in this way I correspond with various dictionary definitions of robustness but resilience is more problematic. Some definitions imply elasticity, i.e. change in the moment but then return to the prior state; in that sense I have generally used elasticity as a word relating to robustness. I’m using it more in the sense of ecological resistance, to quote wikipedia: the capacity of an ecosystem to respond to a perturbation or disturbance by resisting damage and recovering quickly. Such perturbations and disturbances can include stochastic events such as fires, flooding, windstorms, insect population explosions, and human activities such as deforestation. The point I am making is that the various events create change, certain features or aspects survive and I see continuity over time, but change is a part of the capability for survival. In this sense of the world anti-fragility is a type of resilience in which the system improves as a result of the stress. Taleb distinguishes this from systems that return to their prior state. So I think here we have different uses of language rather than a deep seated difference.

I do worry that a gifted thinker and writer like Taleb seems to have been seduced by the desire of many publishers for one simple concept presented as a panacea, but he resists the danger more than most other popular authors. I am more specifically concerned that we get into a pejorative dichotomy in which anti-fragile systems assume some pre-eminence, are assumed to change for the better and are the only form of system which shows a non-linear approach to threat – all of which assumptions can be read into Taleb’s work. I don’t know that that was his intention, hence the qualified language.

Getting the language right is important, as it was with complex v complicated and efficiency v effectiveness. At the moment the key distinction for me is the way I defined it earlier. On the one hand a system which survives by change (hence the header picture) but not necessarily for the better, against a system which survives without change. Now this is a key linking concept to many things. Just to give some examples:

Of course once we have this sorted (and I’m not wedded to the language yet) then there are other key words and concepts to explore including reification and redemption to name but two.

This post like most recent ones are fragmented takes on a wider whole I am developing at the moment. The links between resilience and liminality in Cynefin for example are very important.

Coming to the end of two weeks in New Zealand and I’ve been struck by ...

Over the years I have had various emails, social media links and other links to ...