That aspect of the modern crisis which is bemoaned as a “wave of materialism’ is related to what is called the “crisis of authority.”  If the ruling class has lost its consensus, i.e. is no longer “leading” but only “dominant,” exercising coercive force alone, this means precisely that the great masses have become detached from their traditional ideologies, and no longer believe what they used to believe previously, etc.  The crisis consists precisely the fact that the old is dying and the new cannot be born; in this interregnum a great variety of morbid symptoms appear.

Like many people of my generation and political disposition I always had a soft spot for Gramsci.  I learned the value of praxis from his approach which was a counter to much of the economic determinism that was around back then.  But what I was most interested in was this theory of cultural hegemony which still has relevance today in both the political sphere as well as the organisation.  I can’t do it justice in a brief summary but his argument is that in capitalist society culture is used to exert control rather than force or coercion; the values of the elite are shamelessly propagated so they come the day values of those ruled.  Institutions then arise which perpetuate that process and people can’t escape.  He saw the need for movements of political change to create their own culture and also to recognise the wider spiritual needs of people.  The subordination of folk law to fascism is something he not only saw but was a victim of, dying from prolonged mistreatment in Prison in Italy in 1937.  Historicism, closely linked to him is actually closely rated to the idea of Cynefin: human praxis co-evolving with objective historical and social structures.

The above quote popped into my consciousness when I finally got round to reading the Fall 2020 edition of Jacobin which in its opening article has the phrase “Like a toothless monarch the American people reign but are not allowed to rule.”  I’ll leave you to think about that and this is not intended as a post about politics, although I am using that to get into the main subject.  This post (inspired by that quote and in my ‘quotation’ series) is about the way leadership works in an organisation.  This builds on earlier posts this week,

The reality of leadership, as I have pointed out many times, is that your role is in the main enabling navigation which does not always make you the navigator.  That includes way-making as well as way-finding and a whole bunch of other ideas and metaphors.  Laying the marker buoys and dredging the channels is as important as being on the pilot ship.   It is about understanding the context and acting as a catalyst or trigger to shift the system to an adjacent possible, a stepping stone heading in the right direction keeping your options open.  Without the right context, a system reading to be triggered, no amount of leadership training or acquisition of leadership competencies will make any difference.   You need a sense of direction but the more complex the environment the more you should avoid explicit goals.   I talked about un-purpose and agreeing where we don’t want to be in the posts which lead up to this so I won’t elaborate on that here but it is key; think the marker buoys in a channel.  If people believe in what you are doing and there is trust between most of the engaged parties then the energy cost of leadership is reduced.  If that becomes disconnected then you either become rudderless, or you fall into the temptation of coercion.  That switch may sometimes be necessary by the way, the story of most of our famed organisations (both companies, academic, and other institutions) is not about consensus, but about risk-taking in their early days and it’s not about consensus.  That happens and it’s overt and people can see what is happening and choose if they stay and execute or rebel.  There is no right or wrong here, time will tell and the context will determine what is possible.  Revolutions and Innovative organisations alike generally don’t come out of consensus-based decision-making, however.

But there its a more pernicious form of control, hinted at the quote, in which coercion self-organises with the system itself it is not externally imposed.  The dominant tropes of authority cannot be challenged because they are a self-perpetuating norm, an attractor well (or more precisely a strange attractor) from which people and groups and indeed whole organisations cannot escape.  We see this at a trivial level in the perpetuation of things like Myers-Briggs Personality Tests, long-established as a pseudo-science continuing to dominate far too many HR departments and developing cult-like characteristics.  When you start to print INBJ or whatever on your business card you need to seek medical attention.  More seriously we know from a whole body of research that “tangible rewards undermine intrinsic motivation”, but nothing changes as a result of that knowledge.  If anyone remembers Disney’s Jungle Book (terrible corruption of the story, great songs) the hypnotic eyes of Kaa, the constrictor brings Mowgli into his coils.  Once there escape is a matter of luck.  My earlier posts on lines of flight apply here.

These types of systems are as dangerous to those who control them as to their victims.  The most chilling of all the modern dystopias is Koestler’s  Darkness at Noon and the confusion of that, the acceptance of untruth for the sake of the Party is one the most chilling pieces of modern writing.  the final section of that book starts with the quote “Show us not the aim without the way…”  which should be inscribed on the tombstones of a few organisational change consultants.  This type of control by the way is two-way, it may capture the leader as well as the led: Thanks to Ivanov, Rubashov confesses to what he knows is not true and is lead away to execution.  Most organisations breed their own Ivanovs.  If you don’t get that then I am not sorry – go and get the book, it is one everyone should read.

Catalysing and sustaining a common culture (you can not create or define it) reduces the energy cost of leadership, but it doesn’t mean that from time to time there may be a need to coerce and influence, but if that turns into constrictor type coercion or the manipulation of people you are in the slippery slope.

The role of a leader is fraught with moral peril.

Banner picture of a snake ( double metaphor, this one also crushes the life out of you then swallows you whole) is cropped from an original by Jan Kopřiva on Unsplash 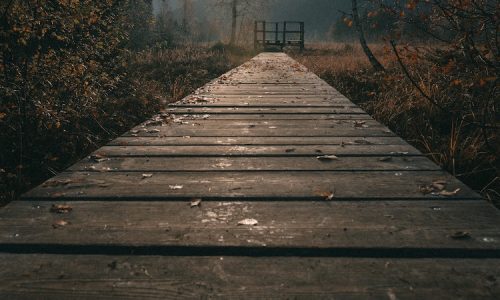 In yesterday’s post, I was concerned about both the abuse of power, and the effectiveness ...

You may be asking what connects the events on stardate 45047.2, the battlefield at Gettysburg ...