Following yesterday's successful completion of stage two of the South Downs Way I moved back to the Cotswolds Way with Peter and Julia and the section from Coaley Peak to Wooton under the Edge.  I woke late and got agreement to a later start which worked well for the light.  We had finished the previous week on the top of Coaley Peak with wonderful views over the River Severn to Wales so the first part of the walk was a longish walk down the escarpment through the beech woods which are one of the delights of this path.  However the Tao of the Way is to ensure that you never stay at one level for long, unlike the South Downs which tries to keep you to the top of the downs as much as possible.  On the Cotswolds Way one is constantly going down to ascend again and most walks have two or three sharp ascents. 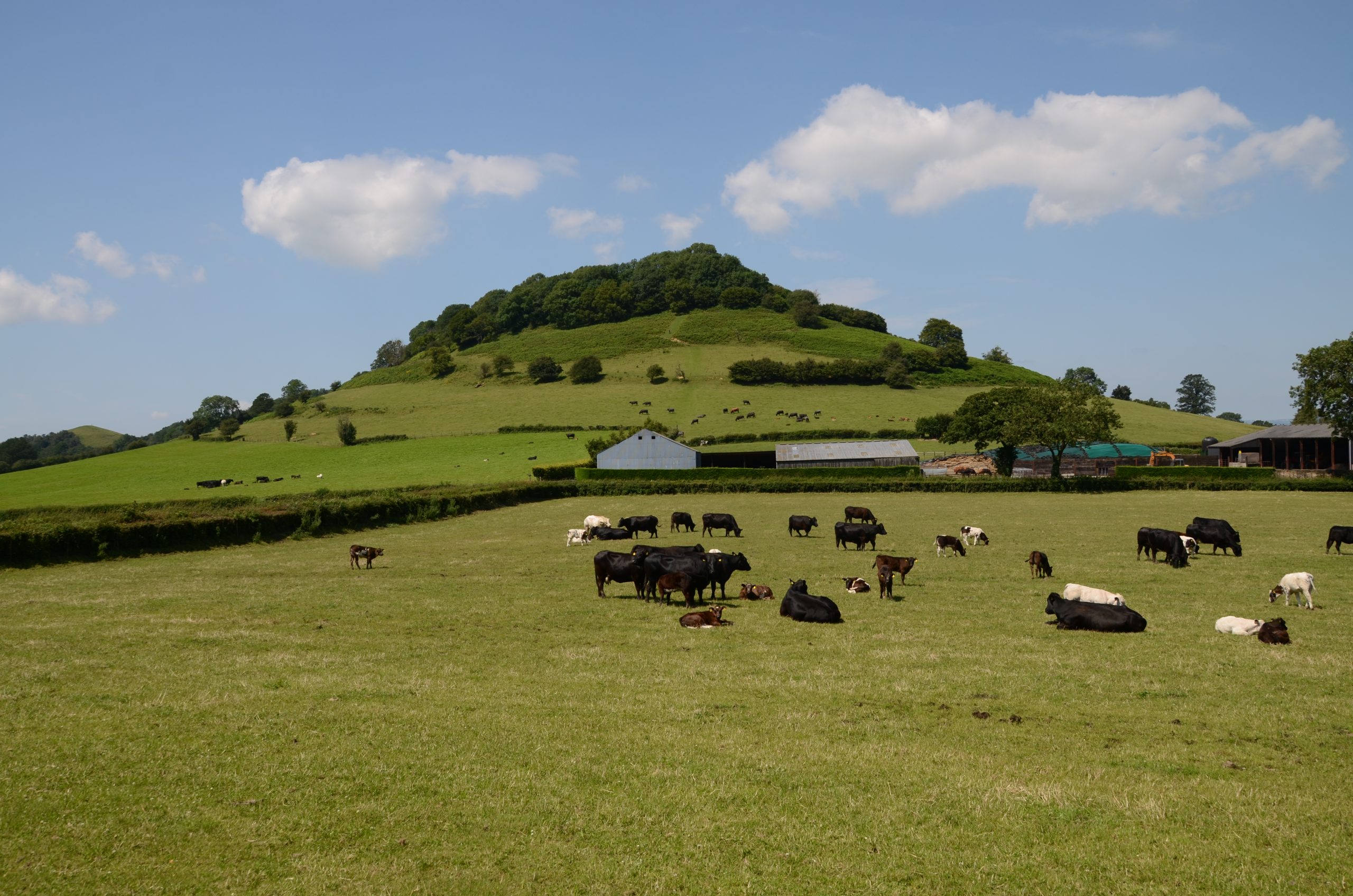 The first of these was Cam Long Down which was a direct ascent, not contouring with the added incentive of a large Bull sat on the path.  Now I had never been here before but its a delight.  From the top you get 360º views down the Severn, over to the Brecon Beacons and the Black Mountains before you swing round to Gloucester Cathedral and the line of the Cotswolds Escarpment.  From the top to the descent to Dursely is probably the most delightful walking sections of the whole way.  A sharp ridge more typical of the Lake District, falling away to fields, escarpments and the delights of the English countryside now that summer has finally arrived.  Its probably the image they want for the Olympic opening ceremony, but I prefer the natural setting to docklands!

From Dursely to the summit of Stichcombe Hill is another long ascent, but at least it is take at an angle.  At the top one member of the party nobly volunteered to take the short cut so that the party as a whole would have taken every route.  The rest of the party, including your narrator proceeded on the three mile diversion around the edge of the gold course which occupies the plateau.  We were more than rewarded with views and united the party walked back through more Beech Woods to North Nibley approach the end of the walk. 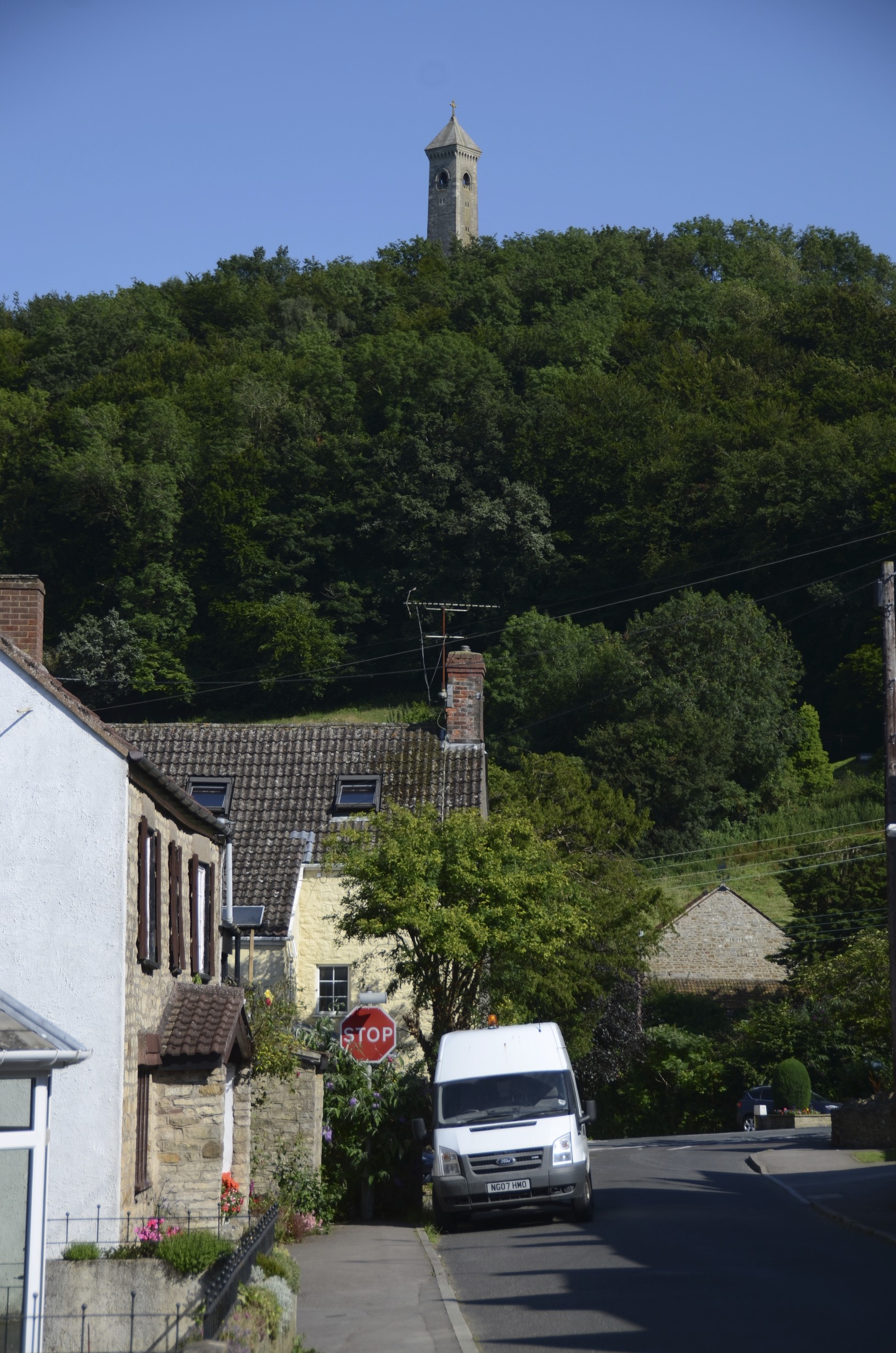 North Nibley is dominated by the Tyndal Tower the famous heretic/reformer (delete according to your views) responsible for the first english translation of the bible came from these parts and the tower is his memorial.  We walked out of the village expected a gentle contouring path and instead faced a vertical ascent, mitigated by rough steps of one to two feet in depth.   I think this was the most depressing (actually the only depressing ) point of the walk.  Every step was an effort, and there were constant false summits.  There is nothing worse than thinking the next bend will see the end of the agony and then discovering that it is just going to go on and on.

However it finally came to an end, but by common consent no one suggesting climbing the tower itself.  Instead we set off on a gentle walk along the ridge throughout he forest, constantly delighted by new views before we finally reached the end point in Wooton-under-the-Edge.  From here there are only two more sections so we plan to do those on successive days in September, which with my travel is the first opportunity.  Guest walkers very welcome!

So at the end of a great weekend we headed for the Weighbridge Inn at Nailsworth with its famous double pies and good beer.  Refreshed and invigorated by two good days of walking I went home and early to bed in preparation for an 0700 flight to Belfast in the morning.

The long sleep (see yesterday) and a family meal at the Fishy Fishy Brasserie (which I highly ...

It never rains but it pours

Looking back there are far too many personal blogs here,  I promise something more serious ...