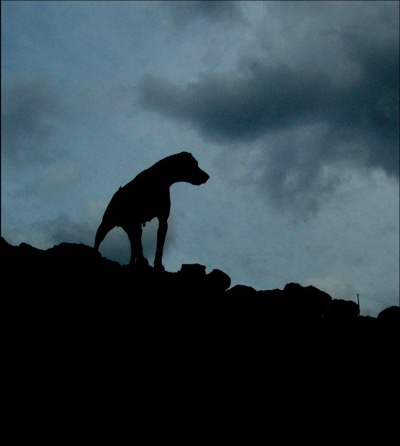 In Alan Gardner’s The Moon of Gomrath, Almanac, the last of the Children of Danu is called by the Hound Of Ossar as the final resolution of the battle with the Morrigan approaches. The call means that he must soon leave has his fate is never to see the results of his heroism least be become arrogant as a result. As ever Gardner drew on a range of legends to create the character and associated myths.

I was reminded of that when I was teaching the first day of the Cynefin and Sense-making course here in Amsterdam today. The general theme of the day is that in a complex adaptive system we can understand the dispositions and propensities of the system but there is no meaningful (linear material) causality. The main consequence of this is that analysis will not reveal any answer and instead we shift to parallel safe-to-fail experiments. The purpose of those experiments is to allow resilience and sustainable practice to emerge. It is not to prove that one was right and another wrong but rather to allow a portfolio of experimental probes to mutate and combine as needed. As such portfolio management rules include the introduction of informed naiveté (someone with deep expertise who has never used that expertise on the problem area) and obliquity as well as the need for contradiction within the portfolio; if some succeed others must fail otherwise you are not looking wide enough.

Two of my early uses of the current version of the method were with a tobacco company in South Africa for IBM just before I left and an Aboriginal Health issue in Broken Hill, Australia for Cognitive Edge shortly after I left IBM. The South African project remains a scar on my memory as it was more of less directly after my mother had died from lung cancer almost certainly the results of secondary inhalation of tobacco smoke in the staff rooms of the Alun School over a decade or more. I felt an obligation to my champions in IBM South Africa otherwise I would have walked out but one of these days I will write it up. The process I used was well founded even if the subject and agents were not.

The Broken Hill project on the other hand was one of the formative projects in the development of method within Cognitive Edge. Working for New South Wales Meals of Wheels service I spent a half day helping create an approach to improve the take up of bush tucker by the indigenous community. This was (and is) important in managing obesity and in reversing Type II Diabetes (so the project had significance for me a decade later). Like all indigenous issues there was a complex history of deprivation and oppression with conflicting views about what should be done both between families within the indigenous community and with the predominantly Caucasian government officials. In that context this was one of the first occasions that I started to realise the role that complexity thinking can have in conflict resolution.

The process was simple and hasn’t really changed much over the years since. We started working the group through using the Cynefin framework to classify the various issues and solutions. Once done we had three categories of issue:

There were none on Chaos and there rarely are as if there were we probably wouldn’t be in a workshop talking about them. I do use it for contingency planning but that was not needed in this case.

Simple and Complicated were easy to resolve, from memory it took less than half an hour. Complex on the other hand took a few hours. The first thing we focused on is agreeing which ideas were coherent and which were not. It is a simple test but it involves less commitment. To agree that someone else’s idea is coherent does not involve committing to a belief that it is right. In most complex situations where a fail-safe approach is adopted to resource allocation protagonists have to over commit to their probe in order to get resource. They become more selective in respect of the evidence and more inclined not to admit failure as the experiment engages. There is also a tendency to define outcome and to make sure it succeeds regardless. When you move to safe-to-fail probes or experiments that need is removed. Each probe is granted limited resources over a limited time horizon to see what happens. Aside from being effective this also radically reduces conflict and enables early acceptance of failure or modification.

I still remember some of the experiments that were defined within that workshop. Creating local resources to farm fruits and vegetables, moving people into community centres to share food, using local school children to supplement native hunters to ensure meat was sourced in a manner authentic to the culture. Overall around a dozen experiments which could be identified and resourced without over specification of outcome. The whole process took around half a day and that hasn’t changed much since either.

So why the Hound? Well if you do this type of work you facilitate people in enabling change then you leave them to it. You generally don’t get to see what happens as that is the responsibility of the people you have worked with. The non-interference has been a driver for me over the years. Several methods were developed with IBM in Denmark so I could facilitate in English but not understand the content discussions. You don’t get to see the results of your work, you can’t claim the credit and that really should not concern you.

Of course you do hear what happened from time to time. In this case many of the experiments ran some merged, some were abandoned, some produced novel and unexpected solutions. As I said the idea is not to say that one person’s solution proved to be right, but rather to allow multiple hypotheses to interact to create a very different solution to that which would have been envisaged at the time. Emergent, sustainable, resilient and above all one which avoids unnecessary conflict.

The news this evening (Bogota time) that Daniel Berrigan died in New York at the ...