The endless cycle of idea and action

One of two most popular, and to my mind least useful, models in knowledge management has been the DIKW pyramid.  Originating with Ackoff in 1989 it became very popular in the early days of knowledge management.   Ackoff by the way included understanding between knowledge and wisdom in some versions, the ommission of which in its popular form is ironic to say the least.  I'm not sure the originator would have tolerated a lot of the gross simplifications that came afterwards.

I am absolutely sure that Elliott would have been appalled at his religious poem The Rock being hijacked for a linear, materialist hierarchy.  The title of this post is from that poem by the way.

Now you can draw the hierarchy as a pyramid, a flow chart or even a tetrahedron but its still a set of categories.  Also the explanations of the differences between them become tortuous in any active programme.  Ackoff saw data as symbols with Information asking the who, what, where or when questions while Knowledge handed the how  Understanding was responsible for the  why and Wisdom evaluated understanding.  Now that isn't bad, but in practice the how is entangled with the who, what, where and when,  Other definitions include knowledge as information which leads to action.  Its messy in an incoherent way, when it needs to be messily coherent.

Of course the worst aspects are the behaviour ones.  Give a human (female as well as male) a hierarchy and they want to be on top (of the hierarchy to be clear).  So the net result of of the DIKW hierarchy in practice was that good information management programmes became bad knowledge management initiatives. At the tail end of the last century we had the emergence of the first wisdom managers which took pretension to new heights.   I remember one of them at a series of conferences who derided the audience for being stuck in knowledge management when he had moved on to wisdom.   I got so fed up with this that I created an additional layer above wisdom, namely eschatological realisation and speaking before him, expounded on this new layer as a self-actualising authenticity of heterogeneity achieved in autonomous heterogenous schema.  I managed to keep that up for twenty minutes and wish I had recorded it.  Most of the audience were in hysterics, a few, including the person I was satirising thought I was being serious and got excited that there might be some new level for them to attain.  I met someone in Melbourne once who had developed an additional five or more layers with even more pretentious names.  Fiction, as often happens had become reality.  It's sad really and I should be admonished for taking advantage of dumb brutes.

Back in those days I also realised that people wanted to use the terms so I did three things:

What I was not attempting was to define knowledge, a few thousand years have not allowed philosophers to agree on that, so its unlikely a consultant or two will solve it in a power point slide set.  Mind you I do remember one young consultant claiming Justified True Belief as his own idea – the perils of using the internet!

The picture which heads this post summarises all three elements with Data seen as a flow to Information mediated by Knowledge.  Knowledge of the receiver and knowledge of the given have to be aligned to do this.  ASHEN then allows us to determine the best ways to enable shared knowledge.  It can be done through software or tools (artefacts).  Training (skills) can be formalised and (using narrative tools) heuristics created or promulgated.  Good habits can be enforced enforced while bad habits are disrupted.  All of that was to varying degrees covered by knowledge management practice at the time, but it was not enough. I also wanted people to realise that experience can only be acquired, it can't be replaced with text.  Also some people are just better at doing things than others, a fact that KM programmes often tried to ignore.  I had (and have) lots of stories to illustrate those points.

Sometimes however its better to let people create their own story.  In one wicked programme I gave a group of IT managers a DIY handbook on how to plaster a wall and set them up with all the right tools to perform said task.  It was messy (literally) as a process and the result was also messy and unusable.  I then brought in an experienced plasterer who completed the job in under half an hour with a perfectly flat surface.  That simple learning taught them that codification was limited.

The model to my mind still stands and its easy to explain.  Is this a problem for a taxi driver for a map?  Do these groups of people share ASHEN elements to the degree necessary for them to understand each other?  You have to make KM work in practice which does not have to involve dumbing down the language or concepts. It does however involve being realistic and use simple non-hierarchical representations and also metaphors to convey complex ideas.  The title of the post, thanks to one of the greatest poets of modern times, makes that point in far fewer words than I have expended in this post.

Oh and you may notice I have not included wisdom, I think that's wise 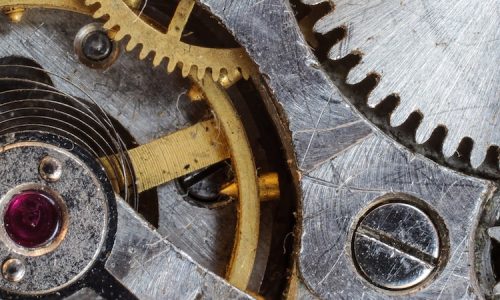 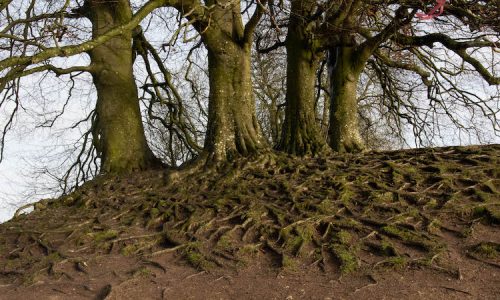 Constraints in on line interaction

I withdrew from my last remaining listserv this morning.  I used to be active in ...

I was chatting this morning with Daughter who is now in the first year of ...