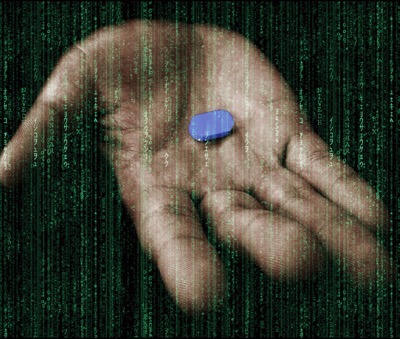 I’m out to Milan tomorrow and I am starting to feel like a Typhoid Mary for the unexpected having been in the UK for Brexit and California for Trump. The rapid onset of crude (in all senses of the word) populism is not something I expected to be living through in the modern age. Nor did I expect to loose all respect for many educated people I have know for years; but then I never expected that they would be prepared to excuse casual racism, gross misogyny, crass commercialism and the like on the vague need for change. In the last century the most basic reading of the history of the Weimar Republic should have taught us the danger of those approaches. When I wrote my earlier post on empathy I didn’t anticipate the speed with which things would get worse. On the bright side the response by readers to that post was amazing and I should be able to post news over Christmas on what will be an international project under the working title Engage, Empower, Enact. The goal of that project is to engage with the day to day stories or people’s lives and to create a way in which they are empowered to discover and create solutions to their own issues, presenting evidence for those in power to enact, or enable change. If it works it will in a sense be a life work and its occupied any spare time I had had since that post. Hence the lack of blog posts that I will hopefully rectify from today. I’m still looking for ideas of a theme for the Twelve Days of Christmas theme this year – all ideas welcome.

The immediate prompt for this post was a request from a wikipedia editor for clarity over the disordered domain in Cynefin. There is a clear link to my opening paragraph in that disorder in Cynefin is the state of being unaware of the underlying ontology, or nature of the system which results (other than in transitionary states) in inauthentic behaviour. But I’m more than aware that disorder, a critical Cynefin domain has not received the same attention as the other four. I’m using the metaphor of blue and red pills to make this point: do you want to be comfortable in a familiar pattern of decision making or are you prepared to face reality?

The introduction of disorder into Cynefin came (}I think at a workshop in Warwick University and was first published in 2000 in a set of conference proceedings at Aston University. I referenced in the 2002 article Complex Acts of Knowing but a word count limit meant I cut material then which was reintroduced in the 2003 article with Cynthia New Dynamics of Strategy. One of the first tasks I set when I finally got staff in IBM’s Institute for Knowledge Management (Cynthia and part of Liza) was to create methods for the social construction of Cynefin using exemplar narratives. Something they worked on for a key IKM event and then I firmed up in the field under fire in a major government session in Singapore where I created and/or elaborated the four points and linear methods for Cynefin creation. More recently I split it into two, authentic and inauthentic. The purpose there was to distinguish between a valid use of the domain to move from one of the other four to another, from the inauthentic core which we might, in reference to the pills, call static blue. The inauthentic state is one of feeling certain when uncertainty should be the norm.

The domain is often best understood when people go through the process of defining Cynefin by exemplar narratives as disorder is where Cynefin starts. But that is not a valid excuse not to write it up properly. I’ll need to do that for a future publication but this blog is where I start to think in writing so in my next post I will attempt to write it up in a more elaborate form than the mostly causal mentions in existing articles. I might manage that in one post, it might make two.

Any questions or comments to inform those posts are welcome

The daily email from Gaping Void is saving me the effort of searching the internet ...

Most people who have walked in the mountains will have experienced a temperature inversion at ...