The art of engineering

Last week I enjoyed a short business trip within the same time zone.  I traveled to Seattle and decided to hire a car in Vancouver and drive down instead of catching a connecting flight to Sea-Tac.  It turned out to be less expensive even factoring fuel and parking.  The bonus was that I was able to take in an informal meeting in Everett to discuss Cognitive Edge approaches and the use of SenseMaker® for informing, stimulating, and guiding corporate culture initiatives.  The meeting was great, however what made my day was finally going on a Boeing tour and seeing the production lines for Boeing's 747, 767, 777, and 787 Dreamliner aircraft!

As I child I was always fascinated by airplanes and flying which I think is a fascination shared by many children and adults.  So seeing these large airplanes being assembled in such a massive production environment was a real treat.  The only thing that could have made the visit better was to have had the opportunity to bring my children along.  My son is learning to recognise the Boeing commercial fleet and is getting quite good… just a minor correction when he started to refer to his model of the 747-800 as the “triple-7 -47” 😀

A key highlight of the tour was viewing from the observation levels in the main production building.  This is the building with six very large doors in the first image in this post.  Now from the observation levels one got a sense of the grandness of the manufacturing floor however that same perspective muted one's sense of scale!  One needed to pay attention to the relative size difference of the people working on the aircraft to be reminded of the sheer size of the flying machines being assembled.  There was a seemingly eerie aura of simple elegance to the plant floor which if you did not remind yourself of the immense level of detail and complication behind everything that was being assembled you could easily dismiss the process as being straight forward.  By paying closer attention, one can get glimpses of what is inside the partially assembled aircraft, and the complicated internal structures, wiring, and finishing serve to remind you of the incredible level of design effort and detail that has gone into the product and production line.  As the tour continued my appreciation for design detail and the production process expanded significantly.  With a large complicated system such as the production line for the 787 Dreamliner, one could only imagine what it takes in terms of coordinating the efforts of thousands of technical and non-technical staff to be able to design a new plane and build a production line that would yield a full sized aircraft at a rate of 3.5 or more per month.  My engineering identity was definitely front and centre while on the tour as I attempted to grasp and make sense of both the complex and complicated challenges of managing such a large engineering project.

The elegance and apparent simplicity of the plant floor serves as an interesting metaphor for managing in a complex space.  In the case of the production lines, although there appears to be a simple elegance to the process, the magnitude of the details behind everything that is forming the line and flow of production is immense.  Yet a simplicity which emerges from a sense of the whole holds an aggregate of complicated systems within systems and sub-systems within sub-systems.  Managing in a complex space is similar but with a change in orientation.  In a complex system as a leader or leadership team you strive to hold a space that yields a desired yet directly uncontrollable aggregated behavioural effect that advances an organization in the direction of its performance objectives.  So although the characteristics of holding the space may be elegantly simple and ambiguous (more on that later) the complexity of the interactions that are occurring within attractors (stimulated by catalysts) and within boundaries emerge through interactions of everyone and everything involved.  The challenge for leadership at all levels is to become better at managing with attractor and boundary effects instead of an engineered outcome.  For a complicated system such as an aircraft production line one can, and should, engineer to an explicit desired outcome however for a complex system, for example a safety culture, one has to stimulate the evolutionary potential of the present and relinquish the desire to engineer to a specific outcome.  Hence the earlier referred use of ambiguity to set a notional direction. 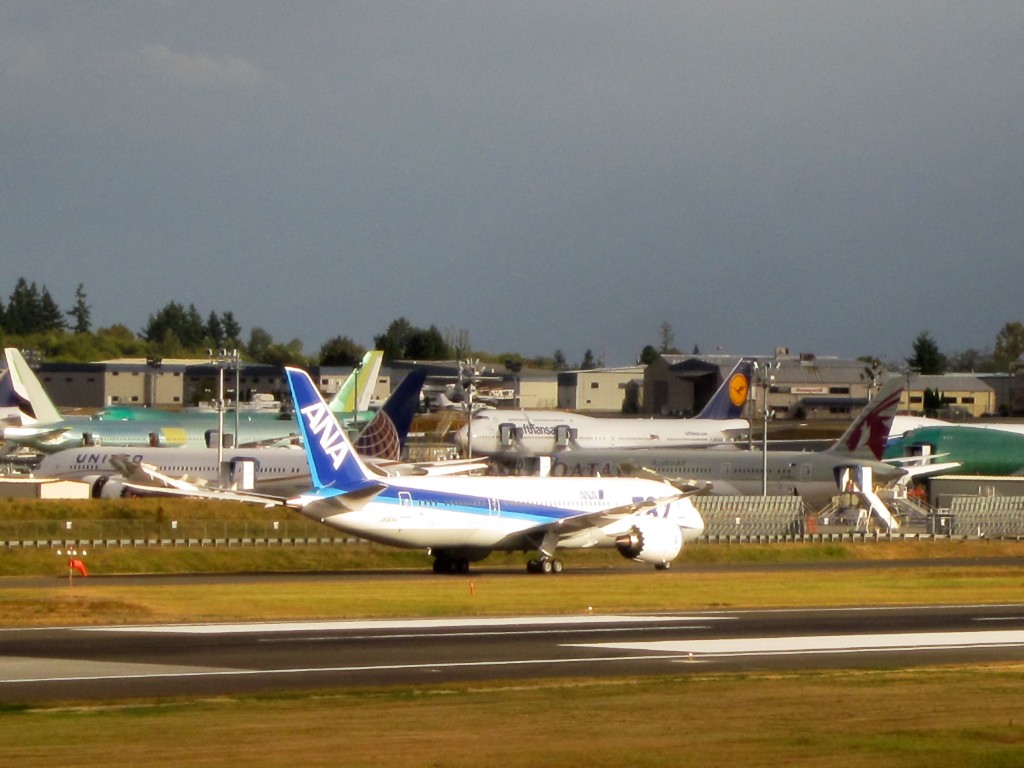 Like a conductor of an orchestra one does not direct artists on how to play their instruments however one guides and coordinates the integration of an amazing array of talents so that the emergent outcome is a true work of art that is more beautiful than the individual contributions of any one person including the conductor.  I can’t wait for the opportunity to experience a flight on the 787 Dreamliner… from a technology perspective it is an engineering marvel, but to look at it, it’s a work of art!

Every now and then a tool comes along which is so fit for purpose that ...

The Tao of the Way

Peter, Julia and I achieved a milestone today with the completion of the Cotswolds Way. ...