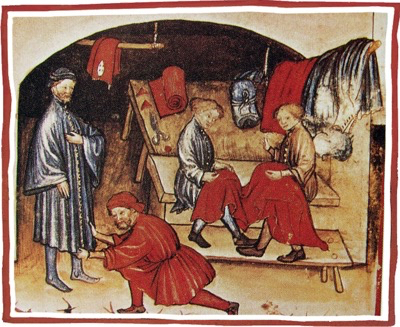 So far in this series I have been focused on knowledge in the context of decisions, both for discovery and by implication purpose. I have always seen Knowledge Management as focused on decision support and innovation and nothing has emerged in the last two decades to change my mind. Nor for that matter my frustration with those who tend to focus on information management for its own sake linked to more abstract (and generally platitudinous) strategic goals. I’ll make a related point here; too many knowledge management programmes start with some abstract goal and then assemble the usual technological culprits to deliver them. Petty soon they are bewailing the lack of participation and start talking about creating a knowledge sharing culture. I’ve seen much vaunted (and still celebrated) KM case studies where I know the team was subsequently closed down after an extended opening run. One of the main reasons is that they didn’t start bottom up may making day to day reality easier for those making both operational and strategic decisions. There was much promise about what would happen when the system was in place and populated but you only get so long before reality catches up.

Now the original design of SenseMaker® came out of my experience of knowledge management but was mainly focused on risk assessment and horizon scanning, including weak signal detection and abductive insight. The fact that I had come at narrative from the perspective of decision mapping not communication was important here. A lucky accident of history in terms of utility and the more I discovered aspects of cognition such as conceptual blending the more I was grateful for said accident. It also allowed for the development of my three heuristics for managing a complex situation:

Those rules, plus the conceptual blending aspects resulted in an approach to decision support in which the process of discovery also becomes the system itself. Something which also matches the need to create a eco-system which can change and adapt in use with only stable aspects of the system being put into the more traditional structures of KM practice. In Cynefin terms, only when the complex has been rendered complicated by socially evolved resilient practice over time. Something that happened a lot in the apprentice model by the way but more on that in the concluding post tomorrow.

So what do we do? Well mapping the day to day narratives of decision makers is the essence of this approach and it is what SenseMaker® was designed to do. In summary for those not familiar with the software, we can do the following:

Now that is very brief, but there is more material on our site (I need to spend some time expanding that) or a lot on YouTube and I like the State of the Net ones. Day four of the Cynefin and Sense-making courses focus on this, so for KM people days three and four (which can be booked stand alone) are especially relevant.

So given this what can we do? Well we normally start these processes with some type of engagement or workshop, I reported on the Bradford one a few days ago which replicates an approach we have run in Belfast, Guildford, Cardiff, Bratislava, Bogota and many other locations! But examples of narrative capture relevant to this subject would include (but are not limited to) the following:

So there is a lot we can do and I’ve only given a partial list above. Once these start they more or less immediately start to generate data that can have practical use. With the ethnographic approach we are drawing on the apprentice model of learning. By the way I am making no apology here for selling SenseMaker®. I designed it based on my experience of KM over the years as well as other areas. I also made damn sure it can link symbiotically to content management systems and the like. I’ve shared enough methods and ideas over the years that other people have commercially exploited to be allowed this from time to time.

Tomorrow in the conclusions I want to come back to my original three types of knowledge and also give some advance notice of a standard offering we are creating here, with links to other software and service providers.

Having set the scene with a general introduction in my first one and a mild ...

From NYC to Whitehorse, Yukon

One of the aspects of sense-making we emphasize in all our training programmes is the ...