The single most fundamental error of the last three decades is to try and design an idealised future state rather than working the evolutionary potential of the here and now, the adjacent possibles – it is impossible to gain consensus in the former, easier in the latter

When I set up the idea of an occasional blog post using a quote as a base I didn’t intend to use my own.  I probably won’t again, but in a fit of some irritation a few days ago I posted the above on my three active social media channels namely Twitter, Linkedin, and Facebook.  To-date I don’t know of anything I have said on those platforms which has attracted as much comment, republication, and with a few exceptions agreement.  I have reproduced it as is and after a few days of watching it propagate it is probably time to elaborate on it briefly.  It is linked with another key quote namely that in complexity work we start journeys with a sense of direction we don’t over commit to a specific goal.  In a complex adaptive system, without linear material causality, this is true a priori as you can’t determine a goal in a shifting non-linear landscape.

If you start a journey with a sense of direction then you are open to novelty on the pathway and to making different choices.  Starting a journey is more likely to bring people with you as their and your needs co-evolve in the process of journeying and more specific goals can be agreed upon as the landscape becomes clearer.  If you simply declare a goal from a position of authority then you can never trust the authenticity of the response.  People have learned to play the linguistic games of corporate change initiatives and the like.  Also, we may too easily be swept up in the false promise of the populist and the demagogue.  Consensus needs to be an emergent property of micro-interventions over time not a one-time hit.

It is fascinating how, despite constant failure, people carry on but with different names.  The whole mission and values thing largely failed, so now it has been relabelled as Purpose with all the useless panjandrum of forced consensus around an easily gamed linguistic construct.  There is nothing wrong with being purposeful, there is everything wrong with Purpose.

There are two types of goal-based initiatives that can work.  The one is an engineering challenge such as Kennedy’s pledge to get an American male on the moon.  The science has been worked out so the challenge is achievable.  A modern one that I wish someone would take up is to refreeze the Poles, something that would give our profligate species some breathing space.  The other is ironically provided by religion which focuses on an unachievable in my lifetime abstraction, but even then the main teaching is in parables, paradoxical stories that ask questions and provide a general sense of direction rather than specifics.  Aristotle creating virtue as a goal does something very similar.

My banner picture was chosen to illustrate that the immediate future may be clear, but then it becomes more ambiguous; holding and celebrating that ambiguity is key to resilience in organisations, trying to eliminate it is a mistake.  You’ll notice that this boardwalk leads to a safe observation point and the metaphor is deliberate.  Shifting to an adjacent possible can get people engaged in a near-term goal without the need for full commitment.

This is a subject I will come back to, but I try and keep quotation posts short.  So to help us along, and to create an aporetic moment I thought I would finish with the most misunderstood poem in recent history namely Robert Frost’s The Road not Taken.  The poem is not about some triumphal individualism but about self-deception ….

And sorry I could not travel both

And be one traveler, long I stood

And looked down one as far as I could

To where it bent in the undergrowth;

Then took the other, as just as fair,

And having perhaps the better claim,

Because it was grassy and wanted wear;

Though as for that the passing there

Had worn them really about the same,

And both that morning equally lay

In leaves no step had trodden black.

Oh, I kept the first for another day!

Yet knowing how way leads on to way,

I doubted if I should ever come back.

I shall be telling this with a sigh

Two roads diverged in a wood, and I—

I took the one less traveled by,

And that has made all the difference.

Banner picture is by Fabian Betto on Unsplash 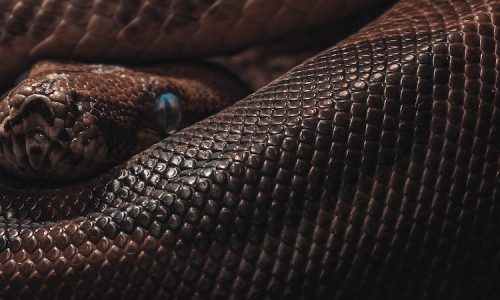 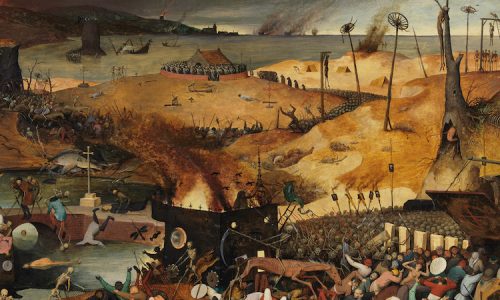 50 years ago today I was in the First Year Sixth of the Alun School ...

An alternative title for today’s post could have been sometimes necessary, rarely sufficient with the same ...