One of the really great things about growing up in my family was that we could have an argument without a breakup.  A family dinner would often start with someone taking a position for the sake of controversy and seeing how everyone coped with it.  If you got taken apart well it was to worse than losing at Buccaneer, another family obsession on wet days. 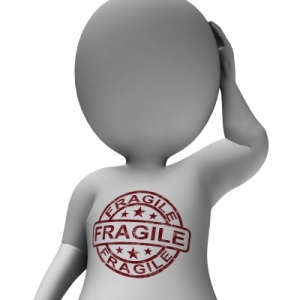 I often forgot to explain this tradition to visitors as did my mother so we caused offence over the years to a lot of senior Labour Party Politicians.  Mum was the local organiser so they would come round for dinner while on tour and not realise that she had trained some teenage attack dogs.  We were not brought up to respect people for what they were, but for their capacity to defend their views.  The odd girl friend never recovered from the experience although as I tried to explain: They are only polite if they don’t like you, when they attack it means they have decided you might be worth the effort.  The explanation was self-evident to me but for some reason too many sensitive little souls didn’t get it.

The same applies in the current day.  The people I respect and want to spend time with are happy to have an argument without it becoming personal.  Too many people simply can’t do that, they want you to be nice, to accept that all opinions might have equal value and so on.  Now this is evidently not the case unless you take an extreme relativist position in which case you are so disconnected with reality that your views have little consequence.   We learn through differences not through consensus and conformity.   Interesting not many people disagree with the idea of competition in sport, but in argument they take a different perspective.   A good argument, if it’s about content not the person is good for all and especially good for the development of ideas. The ritual of playing Rugby prepares you for this by the way, don’t take the conflict on the pitch into the bar after the match.

So if you can’t cope with the twelve posts in the curmudgeon series, or think some of my attacks go to far then I have sympathy but it won’t change the approach.  Yes there are contexts where sensitivity is needed but not in the public domain of social media where criticism, satire and the like are all part of the rich ferment of opinion that is involved in being human.  I say this on the day of Paris outrage which shows the dangers of taking criticism a little too seriously.  Mind you I need to write a post about the difference between judging a terrorist action and judging theactions which gave rise to the context in which it happened.  But that is for another day but one columnist in the New York Times has a measured piece that its worth reading.

This post occurred to me after I finished a podcast with Euan and Megan.  There is controversy there, possible offence, some disagreement and the off gentle poke.  Adults talking with adults and moving things on, not panicking about how things are taken.  There is nothing more stressful than having to pussy foot around the inadequate hyper sensitive soul who wants to enter the kitchen but can’t handle the heat.

Following day postscript, ironically an apology for offending someone!

Last night one person pointed out a typo in this post on twitter last night.   I responded to say“us dyslectics leant to live with typos” which is a truth by necessity not desire and as you can see contains a typo, leant instead of learn.  The response to this was Fair enough. Us who like to assist do so freely. Won’t bother you again.  That seemed to evidence a little hurt so I responded twenty minutes later when I first saw it as follows: please bother me.  I need people to pick up on things I don’t see.

I made the corrections this morning and went on to twitter to thank him only to discover that I have now being blocked from following him as his request.   QED as we used to say in geometry exercises.  It may be too late if I caused offence there it was entirely accidental and I freely apologise.  I generally tell people who get concerned about my spelling and typos that I am dyslectic so they realise its not just shoddy practice on my part but something I can do little about.

Either way I have found someone I know who he still follows so I will use that channel to make him aware of this apology.

Then kill the messenger …

12: Avoiding uncertainty and anti-intellectualism It's the twelfth day of this series and time to draw ...

Yesterday was a frustrating one in many ways.   I had to write a brief ...