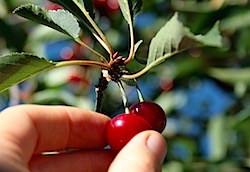 I had a lot of idle time in airport lounges during the last twenty four hours, returning from Auckland to the UK and now on to Marseille. In Singapore during a layover of several hours I got to the point where I couldn’t really concentrate any more, but could not afford to go to sleep. In those circumstances surfing social media and reposting material is one way to survive. I picked up the story of Zappos where 14% of the workforce chose to take three months pay rather than go along with the CEO’s adoption of a new form of management. The news story implies that they were rejecting an opportunity to work without managers but I suspect it was as much a lack of comfort with an ideological approach requires conformity of thinking. The fact that any employee had to confirm that they had read and chose to reject one of the most trivial management books I had read in a long time confirmed that for me. You can see the developing thread on Facebook. And just to be clear I don’t think the subject is trivial, I think it is of vital importance which means it needs more serious treatment and slightly less evangelism. Mind you I have an allergic reaction to anything endorsed by the exemplar of cult leaders Ken Wilber, and something approaching pity for people who seek his endorsement, as the book in question does.

Now the form of the book is all too common and follows a simplistic set of steps:

Now I wouldn’t in the normal course of affairs read a book of this type, but I was asked too by someone who I respected (and still do although the respect got stretched a bit with this recommendation) so I bought it. I think it took an hour to read which is always a bad sign and it was a clear examples of what Bryan Appleyard writing in the New Statesman on the 10th April 2014 called Gladwellism, which he defined as: the hard sell of a big theme supported by dubious, incoherent but dramatically presented evidence.

The essence of any case based approach is that the cases should arise from the application of your theory, or once you have derived your theory from cases you should ensure replication in practice before you publish. This is 101 Scientific method but you rarely find that in management science. I think one of the reasons the book is attractive is that people want new forms of organisation. That I applaud, but to get to new forms we need to do some serious work, both theoretical and experimental. this type of trivialisation while it may sell books and increase speaker fees does not contribute to the field it retards it if anything.

Note to make it easier to find this post in the future: Book name: Frederic Laloux’s Teal Organisation

I had a lot of idle time in airport lounges during the last twenty ...

Cognitive Edge and UNDP are together launching a unique initiative  to engage with new ways ...