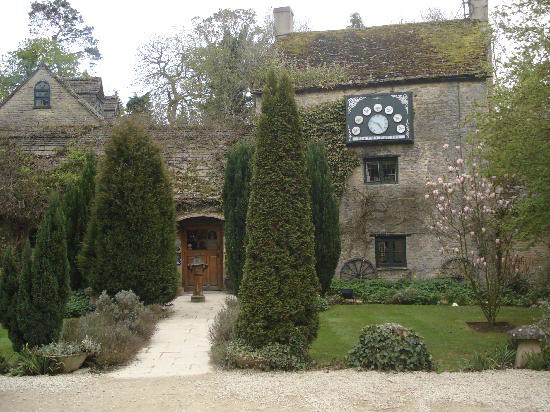 Returning from Australasia by way of Milan yesterday I was at least home for the weekend before having to travel to California on Monday. As it happens Saturday was our 39th Wedding Anniversary and we probably have to get divorced this year as I don’t think the kinder will want the expense of rubies next year (not that either of us like them much). To cut a long story short we went out for lunch at the Wild Duck at Ewan. It used to be a regular haunt from our first visit around 28 years ago and I’ve also held management meetings there and used it as a stop off on the Thames Walk. It has been consistently excellent from that entire period and the new owners seem to have inherited the same attitude while making a few minor changes.

Now the pub with food and rooms is a growing phenomenon in the UK and without a doubt a better option than hotels for those on tour. But they come and go in respect of quality with a few exceptions. The Wild Duck is one, top of the pile by a long way is the Inn at Whitewell and then we have the Falklands Arms in Great Tew. I haven’t been to the Hundred House near Telford but from the web site it is still in the same family so I suspect it is still class. In Wales the Stackpole Inn is hard to beat as is the Black Boy Inn in Caernarfon. I also have good memories of the Nobody Inn down in Devon which used to be a regular haunt, but I need to get back down there sometime. But thinking about it that is it from my own personal experience. All of those pubs have been consistently good for so long quality is baked into their stone walls.

Too much travel, too little hill walking and only one day between trips. But at ...