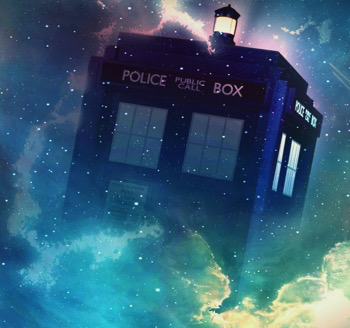 The next aspect of uniqueness in human systems that I want to address is that of proximity. In ‘standard’ complexity agents receive signals from other agents in close proximity but don’t have knowledge of the wider system. Now this is true and no true of human systems. We are profoundly influenced by the proximate narratives of our own communities, the street stories of day to day existence not the grand and idealistic narratives of workshops and interviews where in the main people perform rather perplex, evaluate rather than describe. So in that respect the standard is true.

But in humans we move on as the stories we tell are profoundly influenced by a wider flow of narrative over time. So folk myths and beliefs persist over generations. It explains the way in which cultures persist over time. In work in companies we have noticed that people, in the main, conform their own histories to the dominant narrative of the group they join; we want to fit in. No one lies per se, but they select and emphasise. This is one of the ways in which organisational cultures persist despite high turn over and rapidly changing contexts. I learnt that the hard way in IBM! At a national level domination tropes persist – the British myths arising from the we stood alone period of World War II have persisted over four generations to take one example. The civil war narratives persist in the US and so on. It is a basic truth of change programmes, too often neglected by OD/OC practitioners who focus on visioning, that until you change the way people describe their past a new future is problematic to say the least.

Now in the oral tradition such histories are confined in space even if they extend over time. But in a modern media based world there are no such limits. It used to be that every village had an idiot but everyone knew who they were so it wasn’t an issue. Now the idiots have combined in social media to legitimise idiocy independently of community constraint (to adapt a saying of my old friend Tom from the Canadian Mounties). Ideological tropes form despite the facts because there are sufficient reinforcement and feedback loops to legitimise belief systems which constrain how people see and interact with the world.

Then we have the role of fiction (which is different from the last point). Humans use fiction to create moral constraints. I was profoundly influenced by books like the Swallows and Amazon series when young. The morality of the interactions between John and Captain Flint (if you don’t know just read the first book) became an significant constraint on how I viewed my own behaviour. My mother, a strong agnostic, insisted I read the Bible so I would understand European literature and if if you haven’t seen Hamlet your knowledge of the English language is deeply impoverished. We use art to create patterns of interaction with have a strong influence on our behaviour.

So in human systems proximity does not mean physical adjacency, it can be distributed over time, space and truth …

Inherent uncertainty is our natural habitat

Yesterday I used Paul Cilliers list of characteristics of a complex adaptive systems to introduce ...

The third aspect of anthro-complexity I want to discuss is the complex and problematic issue ...