My interpretation of Dave’s “contextual” emphasis is that context matters. This is consistent with my own views and an Ethnographic perspective which holds that deeper understanding has shared meaning through shared context. It is therefore cultural in nature. Culture, is an often-overlooked aspect, often taken for granted, or in Heidegger’s terms, is like a tool that through extended use is rendered invisible[1].

A lot of my previous research was based on Lucy Suchman’s work late 1980’s work, “Plans and Situated Actions”, which also argues for the recognition of emergent context, and has, to some degree, had an effect on the approaches used in HCI to design technologies meant to be used by people. I’ve been able to do a lot with ethnographic approaches in this area to inform both understanding, strategy, and design. But I still think the key idea in Cognitive Edge’s software, SenseMaker, points back to pluralism in a way that ethnography never could.

A key benefit of SenseMaker is that it makes it possible to place a probe in an environment and obtain scalable, contextual signification from large numbers of people. Hannah Arendt’s notion of human plurality is especially relevant here. She argues in much of her work that plurality (or lack thereof) can generate conclusions, in particular conclusions of a normative type, affecting politics, society, and, the experience of individuality[2]. One could simply call the scaling and input “feedback”, but I don’t think that mechanistic description describes what actually happens between people at a social level when they participate in these activities.

Another helpful way for me to interpret the work that Cognitive Edge does is as a set of techniques to access Mead’s notion of social objects, which are generalized tendencies, common to large numbers of people, to act in similar ways in similar situations[3]. The social process Mead describes is both iterative and ongoing. He notes that it can be a conflictual process of interpretation as the meaning of a generalization (archetype) is established in a specific situation.

One of the great advantages I see in the Cognitive Edge processes is that they recognize the generative nature of culture and explore their contextual relevance to participants.

The other remark Dave made regarding my views is also worth repeating: He stated that the “Cynefin Framework is really about ontology driving epistemology”. I think this is a really interesting statement. I think it speaks to another Cognitive Edge phrase, “naturalising sensemaking”. The idea here, as I understand it, is to allow the Cynefin Framwework and other Cognitive Edge processes to act as a contextually-built ontology that is self-signified by the participants in the culture being studied. The group effectively builds their own ontology which drives their own understanding. This is an incredibly important point. Having the group better understand itself increases effectiveness and the ability for that group to develop new solutions together. It builds a critical core competency within the team while simultaneously allowing real-world problems to be addressed. 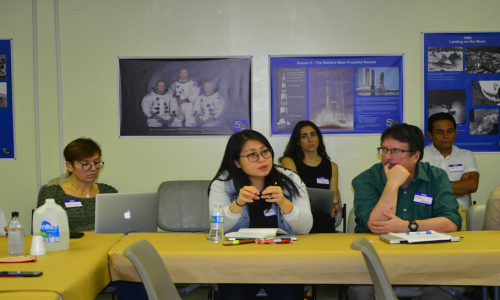 I spoke at a Development Day for senior leaders in the NHS today. As ...