This evening I went to the opening night of Donizetti's Maria Stuarda at the Royal Opera House,  It's a powerful example of the Bel Canto style and the confrontation between Joyce Didonato as Maria and Carmen Giannattasio as Elisabetta at the end of Act II was everything I hoped for.  In rehearsals for the first production in Naples the lines Impure daughter of Boleyn, do you speak of dishonour?  Obscene, unworthy prostitute, let my blush fall on you.  Profaned is the English throne, vile bastard by your foot were delivered with such venom that the two divas resorted to fisticuffs.   In one of those strange coincidences I am currently reading Mary Gentle's Black Opera which is situated in the Naples at the same time as Maria Stuarda was pulled at the request of Frederick II before its first performance.

It was a controversial opera with themes of political power and abuse and Donizetti was pushing the bounds of the acceptable when he composed it.  This production featured to my mind a wonderful staging which started with a lone axeman (either Cecil or Leicester I am not sure, but either would add significance) taking the head from a manikin. &nbspnbspIt moved on to a gloriously colourful backdrop of Westminster with the Chesterfield Sofa's of a Gentleman's Club in the foreground.  The rest took place in a prison camp reminiscent of the Gulags. 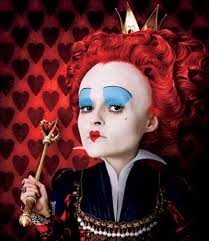 Elisabetta was dressed in an almost stereotypical hooped dress with make up and posture reminiscent of the Red Queen in Tim Burton's Alice in Wonderland.  The rest of the cast were in contemporary dress, or undress in the case of Maria.

Now I really enjoyed this.  One of the great delights of opera is that each performance is different and each Director provides new insight.  Opera well produced makes you think, it does not allow you to follow a well worn pathway.   OK it can go to far, the WHO production of Don Giovanni back in the 70s with the cast dressed in space suits with flashing lights while the Don washed red socks incessantly to indicate something complex about his various de-flowerings being one example.  But in general I prefer directors to push the boundaries.   This however is not the general view of the conventionati at the ROH.  They loudly booed the production team when they came on stage at the end.  They did the same decades ago at a wonderful relocation of Parsifal to London in the Blitz.  In that case they wanted helmets and spears, here they wanted Fotheringhay Castle to be a real castle and the lead tenor to have a ruff.

This lack of imagination, an unwillingness to experiment and evolve is to my mind deplorable.  OK you may not like a particular interpretation but in the main you should celebrate the endeavour.  There is a metaphor in there somewhere …. 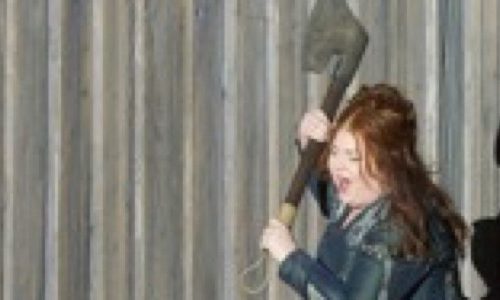 Final day of the Summer School in Copenhagen and I had two sessions to run. ...

The a priori refutation

I've been having an interesting set of interactions  on a Linkedin discussion group with various ...