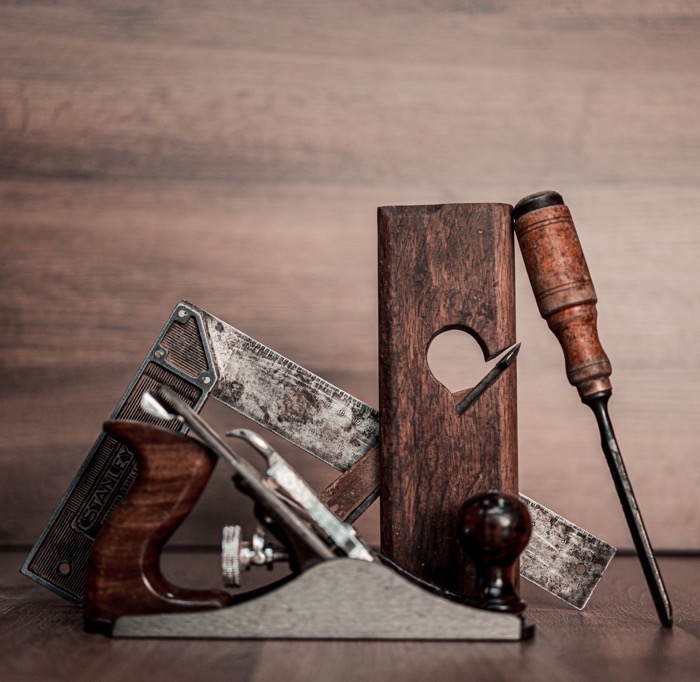 In this final, for the moment, post on creating aporia I want to focus on the ways in which physical activity and the wider environment can create the conditions to think differently and to find novel solutions in times of perplexity and confusion.  In some ways it is the most important section given that we live (sic) in a material world and our consciousness is embodied, it cannot exist independently unless of course, you believe in the singularity in which case your brain has probably decayed to the point where a transfer to silicon may work.   I remember when I went through the massive weight loss programme to reverse Type II I not only felt better physically but also mentally.  If I don’t get into the mountains on a regular basis it impacts badly on my ability to work.

It’s not just physical exercise, it’s also the exercise of some type of craft.  I am no gardener but my hobby for years was carpentry.  When I was growing up my father and I built three sailing dinghies and one canoe together in the garage and after his death, I retrieved his workbench and tools which are now in my garage.  In three houses over the years I have built shelves bookcases and the like, including steaming wood to create arches and enterprising work with one-hundred-year-old floorboards as source timber and restored (my me) window shutters to create a kitchen that looked as though it had been built in period.  I also cook and have amassed multiple recipe books (they were almost the banner picture) but it is a long time since I followed one recipe faithfully, I generally use them as a starting point.   I think for me the attraction of both carpentry and cooking is that something gets completed, it is done at a point in time, while in most of my work for the Cynefin Centre and Cognitive Edge everything seems always to be ongoing.

In my early career in personal and training I took up (and was certified) the action centered leadership approach which was popular at the time in which teams engage on various tasks from which indirect learning takes place.  Back in DataSciences days, I used to take my team away every half year to holiday cottages and we always did something physical on the weekend before we spent time sorting out the work.  I also cooked breakfast every day and cleaned up afterward.  One of my major COVID frustrations is that Cynefin Centre staff were going to spend the best part of a week in Hay-on-Wye with a mixture of walking and developing the training material around our many and various methods.  Those are all being documented at the moment in an open-source wiki and we will shortly start a weekly training slot around them that will last to May, but it is not the same thing.

Now this post is a little different from the last two in that we are dealing with something more indirect, with one exception in the three items below the approaches are based on changing attitudes and affordances that increase the probability that people will be able to act and think differently.  So this time it less of a list of specific methods, more a set of general principles

Enabling the essential hunter-gatherer in us all

Exercise matters and for me that is either mountain walking or the bike.  Hence the picture of my guides to walking in Wales is the banner picture.  I also have three more packed shelves like that covering the rest of the world and an area of the sitting room is devoted to large coffee table books of great walks and that is before we get to the five boxes of maps.  Planning for a walk is almost as much fun as the walk itself, especially in linear walks that involve public transport.  Interestingly while I have no issue with disappearing on the road bike for three to four hours (two is a minimum) I can’t cope with an exercise bike for half an hour in a hotel gym before I get bored.  Neither am I a rock climber or a mountain biker, although I have done both but as a means to an end.  I like endurance exercise which takes time and which in itself overlaps with my next category.  But different people have different needs and it does need to be outdoors, our bodies evolved for it and I would argue more for endurance with occasional sharp periods of intensity.

It is a responsibility of all employers to make sure this is possible during the day, let alone in leisure times.  Few, in pre-Covid days, had woken up to the need for showers and changing facilities but in lockdown, it is even more important, especially during the winter months.  Better to break for a couple of hours at midday that handle a traditional nine to five working day.  Mind you I have never bought into the idea of working hours let alone timesheets.  I see zero need for the latter as it’s just an admission you can’t, or can’t be bothered to manage.  I am proud of having never completed a timesheet in my life and that included seven years in IBM where I think the record is unique.  You pay people to get things done, not to complete forms about what they might have done and how they manage their lives around that is their own affair.  I can see why people go for things like four day weeks, or call free Fridays and the like but I am always nervous about context-free solutions.  Space in each day is probably more important. I feel no compunction in heading to the hills (or didn’t when I could) if the weather is good, or of working at weekends or evenings – its my affair.

There has always been and should be a space for various practices often summarised under terms like meditation, stillness, and the like.  I have a copy of Spiritual Exercises to hand in the study and the ritual of the Breviary is fascinating and I have one of those to hand as well.  At University we used to do an annual retreat to the Benedictine Monastery at Ampleforth and we took part in the rhythm of the office.  Many people swear by daily yoga and all religious traditions have this sense of creating space for contemplation.   It is important to realise that the way can of itself be reflection.  In the Catholic tradition we have orders focused on contemplation, teaching, healing and preaching (and that is before we get to the Jesuits), all of which are activities that place you in the space that is in some way other.  The development of craft skills which I mentioned earlier is a part of this.  I remember long hours before each sailing season clearing the garage and hosing it down to remove all dust, then many many hours with wet and dry sandpaper between layers of varnish.  The rhythm of the work, the detachment from other concerns was of itself a form of contemplation.

But this is not trivial, especially if you purport to lead or facilitate the process.  To be honest I simply refuse to take part in so-called contemplative or meditative exercises at the start of a workshop.  In some cases it’s a power game anyway, as asserting of the facilitators authority and stature.  In most cases, it is sincere in intent but manipulative in practice.  In fact, I generally ignore most such opening exercises.  The admit your greatest failure nonsense is a good one, everyone has a well-rehearsed example which shows how good they really are.  I’ve had some great conversations later at night, with alcohol often over campfires in which people swap failure stories and the like but it is an activity in the context, not an artificial and brief exercise.  We need to stop trivialising this stuff and acting as a bunch of amateurs.

And the short, sharp shock & other more radical interventions

To be exercised with caution, to say the least.  But is interested to see the growth of occasional fasting in the modern age.  There is good science behind this by the way.  If you fast for a day a lot of your body functions start to close down to pressure energy but the bugs and the like suffer.  There is generally an evolutionary reason for everything, including religion and that is a theme I plan to return to at some stage in the future.   I read the other day of an Austrian hospital where they starve people before chemotherapy so that the healthy cells close down but the cancer cells are exposed.  I haven’t yet been able to check if that has been validated but o the surface of things I can see the point.

There are other ways of creating a space of difference.  I knew one CEO of a company whose principal product was nails who paid for any evening class in any subject for all his staff as long as they selected something that was nothing to do with the manufacturing of nails.  He wanted to get different perspectives and it also had the unintended consequence of creating informal links across silos and hierarchies through shared interests outside of work.   The whole Action Centred leadership movement was about this, creating a space where everything was challenged but that can go too far.  Forcing overweight managers into extreme physical acuities egged on by special forces instructors has always seemed to me to be unethical as well in ineffective.  I refused in one management programme to go caving, I’m claustrophobic for God’s sake, and having some hyped up instructor trying to guilt me into it was simply not on.  But there are interesting exercises that can be done,  Night navigation is a safe environment in small teams for example.  The point is to take people out of the ordinary for a period, and it’s a liminal activity but has to be done with care.

In these three posts I’ve outlined both principles and practices, in fact, they all overlap and entangled in different ways.  They should be part and parcel of what we do in organisations.  In a very real sense if you have to announce that you are about to become a Learning Organisation then almost by definition it means that you aren’t one at the moment and are unlikely to be one in the future.  Most people have learned to play the corporate game by now so focus instead on multiple interventions to change the dispositional state of the system and then respond as patterns emerge.  To quote the Childrens’ party story: We manage the emergence of beneficial coherence within attractors, within boundaries.

This is the second post in my three-part series on creating aporia and I will ...

This has been a year of experimentation in many things, including the report format. SenseMaker, ...