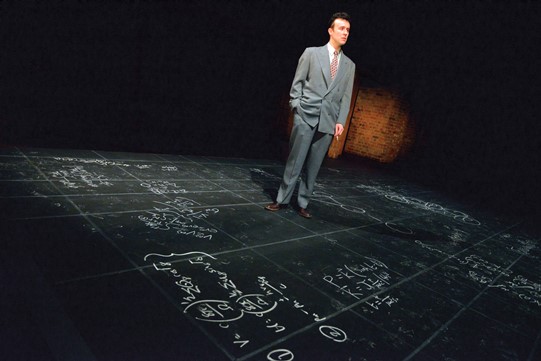 I’m taking a break from my series of posts on the new culture scan, in part because I need to do some more work on the documentation over the next few days and a couple of long haul flights will allow me reflective time to complete that task. The schedule is pretty fraught with my having arriived in Copenhagen earlier today to deliver a workshop, followed by a presentation Thursday then a flight to New Zealand with a 12 hours stop over in Singapore before returning via Los Angeles the following weekend in the first Round the World trip of the year.

This trip is bracked by trips to the theatre, last night to Oppenheimer at the RSC in Stratford with my wife, and the day I return from New Zealand to see Stoppard’s new philosophy playThe Hard Problem at the South Bank with wife and daughter. The only slot to see oppenheimer was last night which resulted in a fraught trip to Heathrow this morning.  I got home just after midnight, packed and then after three hours sleep headed for the airport realising half way there that I had left my MacBook at home.  No time to go back and I only made the plane with seconds to spare as it was so I will have to survive on the iPad for two weeks.

But oh was it worth it.   The play is more or less sold out in Stratford but I imagine it will come to London.  IThe RSC itself guarantees you good acting, a stable that has fed the film industry of the years, but even by their standards this was exceptional.   It was also in the Swan which is my favourite theatre in Stratford.  I must confess I had not been aware of the degree to which Oppenheim and the other physists around him were linked to the American Communist Party around the Spanish Civil War, nor was I aware of the personal tragedies which accompanied the Manhatten project.  The play manages to play the personal along with the growing threat of facism and the growth of the McCarthy era well, along with the destruction of the idealism of youth and a whole host of other themes.  If you get a chance, get a ticket.

One of the problems with cultural surveys in organiations is that they tend to be ...

Light weight and then plain wrong

Just to be clear, the opening picture is not intended to represent the human brain. ...