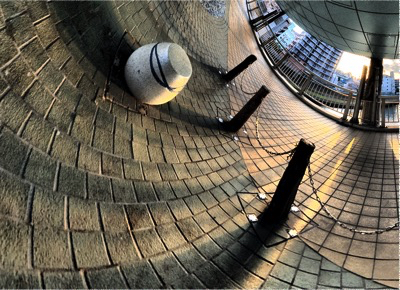 Rahner, who I referenced yesterday stands in a tradition that traces itself back via Geist in Welt (a fluid combination of Aquinas, Maréchal and Heidegger) to the work of Aristotle; and he stands tall in that company by the way. It is Aristotle’s development of the necessity of virtue which I want to develop today. Virtue for Aristotle was the habit of acting rightly, achieved through training and habituation rather than being something innate. Again, like my post of yesterday, I am deliberately choosing thinkers whose theories relate to collective responsibility and interaction rather than individual or atomist choice. Also critical to Aristotle’s thinking on ethics is the idea of balance. Any virtue is a balance between the virtue not present and the virtue taken to excess. So courage stands between rashness and cowardice, generosity between wastefulness and stinginess, temperance between intemperance and insensibility, friendliness between being ingratiating and surliness and magnanimity between vanity and pusillanimity. When I first read Nicomachean Ethics in the sixth form the sheer pragmatism and flexibility of this was attractive. For Aristotle we are responsible for our actions when undertaken voluntarily but not when subject to external force or through ignorance. If you think about it those simple principles underly most legal systems in the west and most common thinking as to right action.

Phrónêsis, or practical intelligence, guides actions that aim at some higher good, living well within a context of a wider community, not the selfish pursuit of goods or hedonistic abandonment to pleasure. His emphasis on education was a call for the development of good habits through life, but especially for the young. Something that was a responsibility of adults. For many of us working in complexity theory the concept of emergence applied to politics can be considered as a balance between the atomistic selfishness of of neo-liberal economics (chaos as it assumes individuals act on isolated self-interest) and the nanny or totalitarian state of modern times (order as it assumes there is a right answer than can be planned target etc.) The ability to balance the two, to understand that either excess is detrimental to human value is increasing missing in modern society. Barrett Horne sent me an article to read as a result of yesterday’s post and one quote struck home as relevant to my thinking here:

In the absence of other sources of meaning, Americans are left with meritocracy, a game of status and success, along with the often ruthless competition it engenders.

We are creating a generation isolated in virtual echo chambers in which the patterns of habituation or personal satisfaction and computer games create their own, perverted reality. Seeking meaning they are vulnerable to the demagogues of the right and of the left – something we have seen in the UK and US in recent months. The common understandings of base level ethics, limitations on selfishness and a wider responsibility that we all thought would continue to grow in a linear way have been shattered in last two decades. Indeed we no longer education people, or habituate them to virtue. The wave of what I will call assumed causality that followed the adoption of cybernetic inspired systems thinking in Government assumed that people could be nudged, targeted or directed to pre-determined ideal behaviour. Targets removed ambiguity, but also removed judgment. The pendulum swing to free market greed was as bad, possible worse as the thing it rejected. Both lacked balance.

So how to establish virtue? Well I don’t have the answer, but I do have some thoughts on the right direction of travel. I’ll deal with rhetoric tomorrow and then start to outline a process we are putting together to gain an understanding of that direction.

I’ve chosen Caravaggio’s Mary Magdalen in Ecstasy to illustrate this post on the concept of ...

My last two posts in this mini series selecting on the post-fact issue are going ...