On the value of disputation 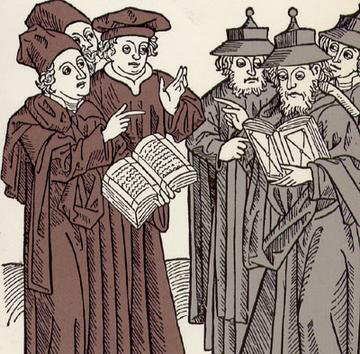 I was having a chat this morning with my host Barrett Horne this morning about the nature of argument and disputation. The issue is when do you attack (I’m not running away from that word) and what does an attack mean? Now I have a few simple rules here. If I am with a student or a practitioner who is uncertain of his or her ground, but is still prepared to advance an opinion I disagree with then I hope I would be gentle. On the other hand if the protagonist has developed and published their own theory, or purports to expertise in a field then things are different.

Some of this is cultural. In my family if we were polite to you then it meant we were not yet sure of your value. On the other hand if we liked you then you were invited, often unknowing into the family hobby of advancing controversial positions for the rest to attempt to tear down. No one took it personally and much was learnt in the process. My great friend and mentor Max Boisot and I argued incessantly, to the point where Cognitive Edge staff would sell tickets. We were both confident of our position, we were both prepared to sustain an argument even when we were unsure of it to see what happened, we were both prepared to change our views, modify our models or frameworks. Max was the single biggest influence on the development of Cynefin and his challenges to me were always valuable, the body of knowledge advanced. He never spared my feelings or took my comments personally and that included a mischievous poke or two. I remember one session at a University in Greece where he made some disparaging comment about the shape of Cynefin (something to do with Celts wanting curves as I remember it) and I responded that the dynamic in the I-Space always reminded me of a panty-hose liner (live in a household with more than one female and its a familiar shape). Both of us were enjoying ourselves. neither took it personally. There is an old joke that only Catholics and Jews make jokes about their religions because they both know they are right!

So if you choose to enter the community of model makers and framework builders then you should be confident enough to stand up to vigorous criticism, indeed you should welcome it. I say this by of preparation for a series of posts I plan to compare Cynefin with other models. The recent book on Embracing Complexity for example contains a model I consider fundamentally flawed. I think Stacy is wrong to dismiss systems thinking. Eoyang’s use of containers I consider flawed, possible an extension of systems dynamics. Kurtz’s Confluence model fails to understand the need for boundaries in sense-making. In all those cases (and some others) I recognise that the other actor has chosen to play in a field and does not need to be treated with kid gloves. So I intend to compare and contrast, to explore by disputation and I make no apology for that. People who can’t distinguish an argument about content from one about the person need to get a life, and in several cases acquire a sense of humour …..

I gave a longish lecture today as a part of the Public Service Commissioner’s event ...

Of mountains and miners

Since regaining fitness I’ve kept a pretty rigid discipline of exercise, either with the bike ...