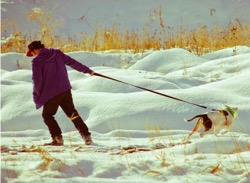 The recent White House Executive Order has given considerable credibility to behavioural economics and to the whole idea of Nudge Theory in government policy. Now in some ways the idea that you should do lots of small things to influence the direction of behaviour within a system matches the arguments I have been making in this week’s posts about the nature of social science and interventions. So it would be churlish to be negative here, but I do have some serious concerns. Some of those come from a meeting some years ago in Downing Street with the Nudge Unity (its now an independent agency and no longer there, read into that what you will).

I was genuinely excited by the meeting as it seemed there was considerable compatibility with the work we were doing on narrative landscapes. With our then early ideas for mass narrative capture, soon to be the Children of the World project within the Centre for Applied Complexity (CfAC), we would we in a good position to identify the dispositions of a social system to identify where a nudge would be most effective. More importantly (and ethically) we could engage the communities in a more stories like this, fewer like those exercise, ideally without external facilitation, so that the nudges were authentic to the needs of that community and sustainable over time.

I came out disappointed and I really should have known better. My view then, and it has been reinforced since, is that nudging means yanking. You start with something the Government wants to achieve and you seek ways to pull people towards that with small interventions. There really was’t a conversation as the people we were talking with really couldn’t get the idea that you start with where people are, rather than where you would like them to be. OK I shouldn’t have used the manipulation word, but by the time I did the opportunity for working together was lost anyway. Other more recent criticism clearly considers it manipulative and I’ve been confirmed in my concerns about the ethics of the approach in many of the cases, but not the efficacy of the idea of nudging per se. This four year old quote from Tammy Boyce of the King’s Fund’s fund further makes the point.

We need to move away from short-term, politically motivated initiatives such as the ‘nudging people’ idea, which are not based on any good evidence and don’t help people make long-term behaviour changes

What evidence I can find is anecdotal or partial and doesn’t really take account of what happens when people become aware of the wider purpose of the nudging. I have considerable concerns over the latest UK idea for ‘nudges’ which involves putting the price of drugs on medicines. The unintended consequences of that are pretty clear!

So we need to find ways to build on this. I’m going to look at it being one of the focus areas for CfAC. Bottom up and top down, not just be tugged reluctantly to a desired state. So watch this space.

A new mode of explanation?

One of the illustrations given when I was at the session on Constructor Theory at ...

The ethics of intervention

A brief two day visit to San Francisco saw me teaching day three of the ...