I spent the final two days of 2012 in Warsaw, my first ever visit to Poland.  I thought I needed just over 1200 air miles with One World to keep my Exec Plat status with American so I fished around the BA site for somewhere far enough away without costing a fortune.  As it happened AA has not credited some 3k miles so it wasn't necessary, but it was valuable!  I offered the trip to the family and my daughter picked up the opportunity.  She may have regretted it when BA lost her luggage, but we sorted that out although I may blog on it and some other ways of not delighting customers in the next few days.  I found a boutique hotel at a good price and that turned out to be one of the highlights – art deco, great service, very comfortable and only ten minutes walk from the centre and the airport train.  Our plan was to walk around the Old Town, visit the Museum of the Uprising and have a good meal or two.   The weather was good so photography was also on the agenda.

We got the sequence wrong which was a shame.  It turned out the Ethnographic Museum and the Kings Palace were open on the Sunday but closed on the Monday and the Uprising Museum while open on both days had free entry on Monday.  So what did we do?  The Uprising Museum on the Sunday as we had limited time and we left the rest for Monday!   That said the Old Town kept us occupied for all of our available time on the Monday. 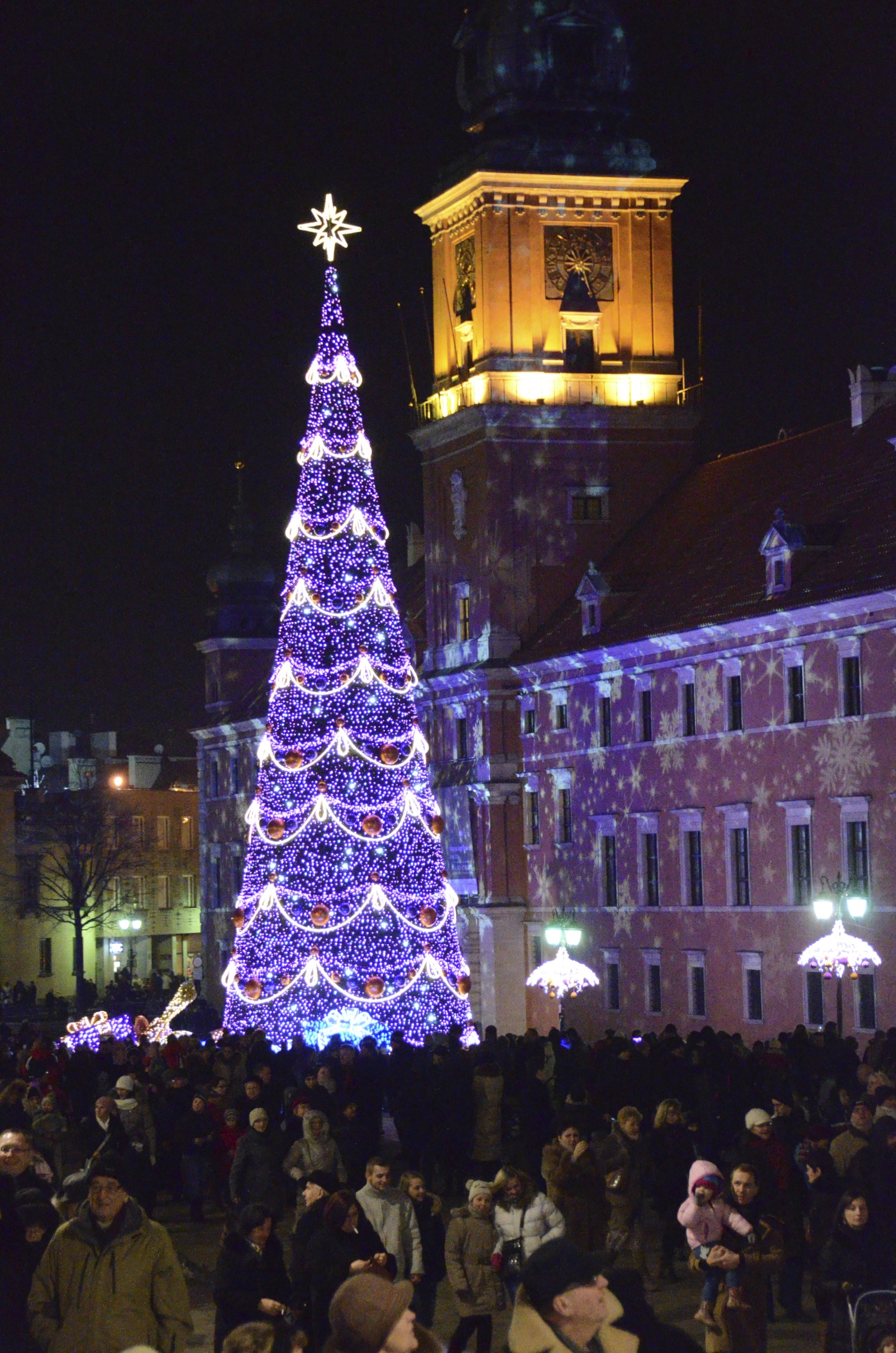 Warsaw is a town of considerable charm, although the Moscow State University look alike which dominates the city is a little intrusive, albeit a useful aid to navigation.  The christmas lights attracted families until late at night and gave me a chance to test the ISO range of the camera.  We found a great restaurant on the main square by the Royal Palace and over indulged ourselves, as fathers and daughters do when left to their own devices.   It worked well to find the Old Town first at night with the family atmosphere.   The next day we came with dawn's first light and it was still impressive.

The Old Town was flattened in WWII and rebuilt from scratch and its an amazing achievement.  One slightly soured by the knowledge that two medieval towns were demolished to provide the materials.  but is deserves its status as a UNESCO World Heritage site.  We walked around the squares, got lost in the narrow streets, found a wonderful place for coffee, although the temptation of apple cake with vodka mixed with Raspberry and Tabasco was too great.  The people were friendly, the atmosphere still very much a Christmas one and I got a new Starbucks Mug!

All good tourist stuff.  However Warsaw is a city that bears its suffering on its sleeve.  It has survived so many wars, conquests and rebirths that one can only admire the spirit of its people.   The one remnant of wall around the Ghetto where the Nazi's packed the best part of half a million people is just the start.  The Museum of the Uprising is terrifying.  One exhibit has newsreel showing live burials, hanging by piano wire and too many atrocities to name.  None of this is hidden from the visitor, there is no saccharine coating.  There are monuments to heros of that uprising on many walls all over town and many a statue as well.  None is more poignant and disturbing than the statue of the Little Insurgent pictured in the opening and freshly adorned with Scouting kerchiefs.  Its just around the corner from where witches were burnt in earlier times.  The children's exhibit in the Uprising Museum is heart rending.  Its difficult to imagine an upbringing with that level of conflict.

Not an easy place to be if you have an imagination.  But I am going to return and also visit Krakow.  Everyone said that, even the Polish woman who changed my currency at Heathrow!   I tweeted my desire to return and within a few hours ended up accepting to keynote at an Agile conference there later this year.  By great irony the dates are between performances of Die Walküre and Siegfried in Berlin which I am also attending.

The title by the way is from Eisenhower visiting at the end of WWII, to quote it in full: I have seen many towns destroyed, but nowhere have I been faced with such destruction.

Last year I decided I had reached an end, for the moment, of New Year ...

The opening line to the chorus to the Hippopotamus song from Flanders and Swann came ...