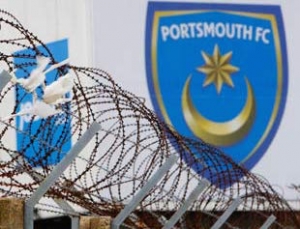 I took the train to Cardiff yesterday to watch the Blues play Leinster.  We lost the match, not due the red card in the first half but the yellow in the second.   If it hadn’t been for that it would have been a famous victory.  I’d taken the train so I could catch up on reading and also relax a little.  On the way back I was sat with some Leinster fans and we had an intelligent conversation about the game for a bit then I settled down to read my book.  At Newport life changed.   They had just beaten Portsmouth in a lowly division of the English League.  There is a Welsh league by the way but most of the major clubs don’t play in it.

Now the results of the two games are not relevant but the behaviour of the fans is.  From the moment a small group of Portsmouth fans joined the train life became increasingly stressful.  They started with increasingly strident boasts of policeman they had evaded supplemented stories of alcohol consumed and sluts (I use their language) they had abused.  Then the chanting started.  Warming up with Only shit on the Welsh side of the Bridge we went onto progressively more abusive chants about muslims, Mohammed and various other target groups.  The EDL chant followed and anyone trying to get through or even escape from the carriage was abused.   Great Western staff passed through but did nothing.   I expected to see police at either Bristol Parkway or Swindon but none were called.   By now I had started to record the chants and thankfully bluffed by way out of it when one of the thugs spotted me playing with the iPhone.   The half hour from Parkway to Swindon was deeply threatening and the attitude and language enough to induce nausea.

Their comments about the Welsh were enough to turn me into a proactive supporter of Meibion Glyndŵr and that was mild in comparison to their abuse of Islam.  The events of Paris were tragic and can only be condemned, but this type of behaviour is common place on the streets of British cities and it goes unchecked.   It is in the same league as Fox News in its use of abuse without reason whatever the veneer of studio makeup the former achieves.  Context is all, and if we continue to permit this type of fascism we can only expect degenerative responses.

For those interested the recording is here and it is not good listening.   If anyone knows anyone senior in Great Western who can explain why their staff were not prepared or willing to do anything please link this to them.

It's odd how the past can come back and give you more depth or insight. ...

An odd sort of day today, the first of two in a small session discussing ...