We passed the half way point on the Cotswolds Way at some point today.  One does wonder by they had the milestone around 4 miles short of the exact marker, but there again there a few variants (we took one today) which can add a few miles.  Three more weeks and we will have it done and probably move on to the Wye Valley before returning to the Thames post Olympics.

The good news was that we had the one fine day available in a long time.  The bad news was that the torrential rain had rendered the ground into a series of mud paths and the only fully contented animals we saw en route were pigs.  Cows attempted to chew the cud on bleak islands if grass.  We ended up wearing winter gear on our feet and at one point I was very grateful for gaiters: this is July for God's sake!  We should be walking under summer conditions, delighting in finding a birch wood or two to provide relief from the heat.

Now the Cotswolds Way is to take you up steep slopes to the escarpment and glorious views, the picture shows the view over the Severn Estuary to Wales. 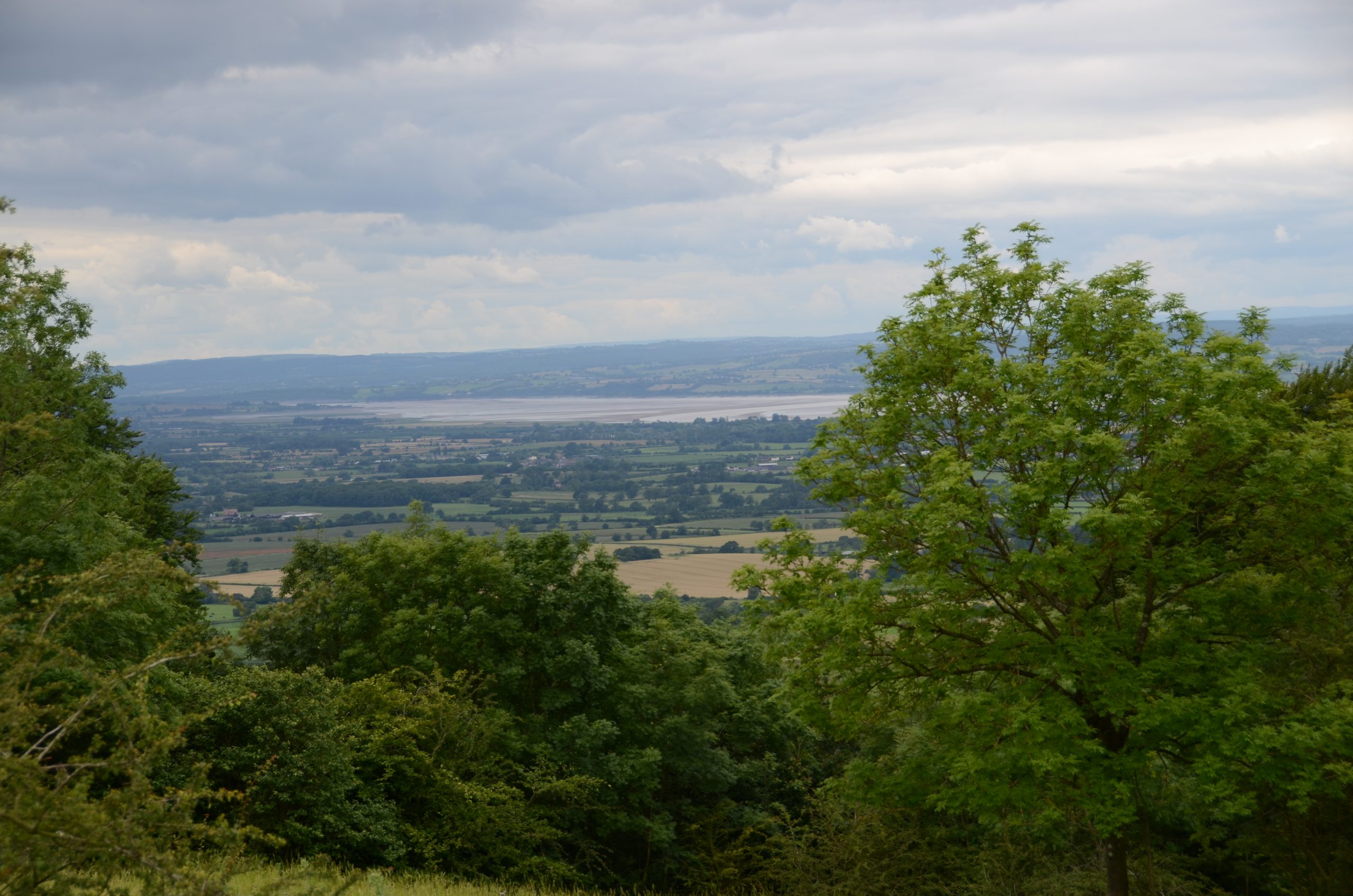 It doesn't let you linger on the heights however.  It brings you back down to charming villages of Cotswolds Stone before dragging you back up those slopes again.  In the middle sections its adds delightful diversions to old trackways through Beech Woods clinging to the side of the Escarpment.  All along the way you discover oddities.  Today we had a well house and the Cromwell Stone This commemorates the Relief of Gloucester in the second English Civil War.  (At the time of writing Wikipedia says it was the first, but that was surely the war between Stephen and Matilda – I will have to check into that).

The problem with mud is that is slows you down.  Add to that the fact that for the previous few weeks work pressure had seem me staying up to midnight and beyond and getting up at 0500; net result our average speed dropped considerably.  I also managed to jar my knee on one of the steep slopes so by the time we reached the end our average speed was the worst to date and I had an agonising drive to Reading and my hotel for the night.  I had planned to go to the Opera (hence the hotel) before heading for Gatwick early in the morning.  However that plan was scuppered by both time, exhaustion and the need to complete a proposal.

Next weekend our section ends at Wooton-under-Edge by way of Dursley and a few very steep climbs.  After that two days of walking will see us in Bath and the end of the path.

It ain’t necessarily so

Another cartoon from Hugh opens these continued reflections on project management and its a good ...

Depending on how you count it, its been a three or five year journey (gap ...