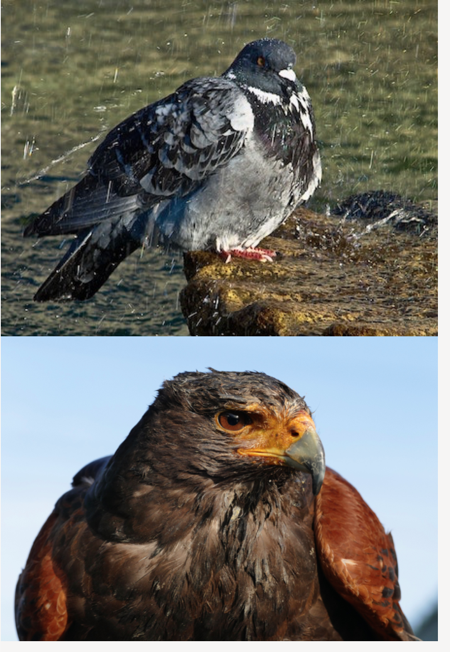 I’m starting to think that it is only a matter of time before I graduate from being merely  curmudgeonly  and cynical to full-blown cantankerousness.  Now, these are commonly seen as negative words.  Johnson defined a curmudgeon as “An avaricious churlish fellow; a miser, a niggard’.   Avaricious commonly means “Immoderately desirous of accumulating wealth; greedy of gain, grasping; figurative eager to possess or accumulate.” and niggard is a synonym for miserly.  Now I’ve always thought this was unfair, most of the people I have met, described by others as curmudgeons, were people who’d had more than enough of stupidity and trivia and no longer had the time, leisure, or patience to tolerate stupidity and/or plain wrongdoing.

Similarily a cynic is defined by the OED as  “person disposed to rail or find fault; now usually: One who shows a disposition to disbelieve in the sincerity or goodness of human motives and actions, and is wont to express this by sneers and sarcasms; a sneering fault-finder”  This I also find a little harsh.  In organisations, as I have long asserted, the cynics are the ones who care.  They are prepared to be negative and ask questions in the face of overwhelming pressure to fit in, to conform, to go along with things.  I always had a great fondness for Diogenes who disrupted Plato’s lectures, mocked Alexander the Great in Corinth and generally criticised what he saw as a corrupt and increasingly incoherent society.  Zeno rather messed up his thinking in creating Stoicism but be that as it may; criticising established thinking and practice is necessary if not sufficient for change and at times dangerous.  So in my lexicon, both words are positive although I am aware of the danger of Diogenes syndrome otherwise known as senile squalor syndrome!

Cantankerous on the other hand is probably bad, defined by the OED as “showing an ill-natured disposition; ill-conditioned and quarrelsome, perverse, cross-grained”.  Again in my earlier contrarian (another good C word) lexicon accepts the normal use, but this state seems to me the point were a well-natured curmudgeonly cynic is driven to the dark side by both well meaning and malicious ignorance.

If you produce original work, generate new ideas and new ways of thinking you rarely if ever do it on your own.   I owe a dept to other thinkers such as Boisot, Juarrero, Pendleton-Julian, and others who various stimulated my thinking, generated material I could use, and engaged in conversations about the field I’ve called anthro-complexity.  I won’t say that I have stood on the shoulders of giants as that phrase was used by Newton sarcastically to denigrate Hooke who was of slight build and suffered from curvature of the spine.  I’ve also been ably assisted in this work by a broad range of co-workers and partners over several decades who not only understood what I was talking about but found ways to move the ideas into practice – I’ve done a lot of that myself by the way but the detail is key.  After I created the disordered domain of Cynefin I needed to create a way to institute it in practice so at a Toronto meeting of the IKM Sharon and Cynthia did most of the detailed work on what became Four Points.  Archetype creation on the other hand was all mine at a session with the senior management of the Singapore police but was then expanded by Cory and then Sonja in South Africa.   Nothing is achieved in isolation, nothing is achieved without differences, the odd argument and much reading, discussion and experimentation.   I’ve been singularly blessed with collaborators over the years and also with a strong of managers who gave me top cover.

Getting to the point

But all of these interactions can go wrong and in two ways.  Firstly where people grab the language with a partial understanding of a field and use it to rebrand old methods and tools.  Secondly where, with the best of intentions, people attempt to simplify (the phrase is often interpret or make practical) material they only partially understand.  To be clear many people can interpret and make practical ideas they fully understand, or at least the simplification is coherent with the original ideas.  The negative use damages things by taking a simplistic approach, the positive understand simplicity.  The first issue is associated with a quote from T S Elliott, the second with a Mullah Nasrudin story:

“Nothing pleases people more than to go on thinking what they have always thought, and at the same time imagine that they are thinking something new and daring: it combines the advantage of security and the delight of adventure.”
T. S. Eliot

This is my all-time favourite business-orientated quote from Elliott.  Once a new way of thinking starts to become popular it is almost inevitable that people will adopt it for existing ideas and this can be for good or bad.  Meg Wheatley for example is one of the giants of systems thinking, but I think she appropriates complexity language without fully taking on board dispositionality and emergence and (critically) the fact that there nothing inherently good or bad about the laws of nature they just are.  The danger of that is despair and I wrote about that some six years ago when I read her Far from Home.   On the negative side we see the adoption of novel things by snake oil salespeople and large consultancies (not the same thing or the same context) to re-badge old comfortable ideas with the new language.   SAFe for example with Agile, where all agility is lost to allow executives to say they have ticked a box but not actually change.   I’ve just read a McKinsey’s article that uses a lot of my language (a suspiciously similar set of common phrases) to validate a traditional linear consultancy approach.  I’ve seen well-intentioned people bootstrap an old way of thinking onto the new approach and belligerently refuse to accept any discussion, fail to read, properly reference or even comprehend what they are abducting.  There are many, many others, and more examples welcome that don’t involve me!

That leads me my favourite story about the wise fool, the Mulla Nasrudin  which I have used in a few posts.  This one on special people   along with a letter from Bad Homburg. may be useful here

Nasrudin found a weary falcon sitting one day on his window-sill. He had never seen a bird like this before.

‘You poor thing’, he said, ‘however were you to allowed to get into this state?’

He clipped the falcon’s talons and cut its beak straight, and trimmed its feathers.

‘Now you look more like a bird,’ said Nasrudin.

Now while pigeons are familiar, the above process is pretty painful if you are the hawk.   This one to be honest is the bane of my life.  Many many people I have worked with are more than capable of hooding the odd hawk to reduce threat and creating lures (this falconry metaphor could go too far but you get the point) but they don’t damage the essential raptor nature of the idea.  Others can’t resist losing what they think isn’t essential, running out a quick ‘simplification’ with the offer to refactor it to something more authentic later, which of course never happens.  Slide sets compromise, then those are copied in their turn with more compromises and so on.   Ok it’s a temptation, especially if you don’t fully understand things yourself.   It linked to a major problem in sales and customer relations by the way; where someone projects their own fears and worries onto the client.

The problem with both problems is that while they may produce fruit once (monocarpic means a plant that only produced fruit once during its life cycle) it won’t scale without perversion.

I may return to this theme in the future and I’ve already got the title for the post namely Querencia the place the bull naturally goes to and takes it stand, but for the moment please don’t turn my hawks into pigeons.

Banner picture by Liam Desic on Unsplash  Hawk Photo by Anthony from Pexels, Pigeon is unattributed which is appropriate

In my final post in this update series on Cynefin and I’m reserving the right ...