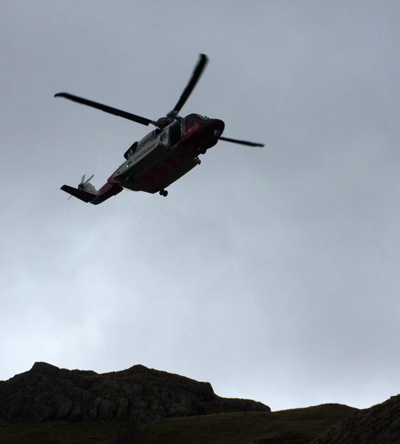 I was sat in the lounge at Changi airport today between flights having briefly entered Singapore for a meeting about IRAHS2017. I was trying to deal with a troll who pops up from time to time on the blog and in social media and had just blocked the usual quota of porn spam friend requests on Facebook. Then I noticed a new tweet coming in with the following text @snowded this time last year u were sat keeping me company thankyou so much x . I didn’t make the connection at first and the profile had lots of links with few text so I was close to a block when I suddenly remembered where I was this time last year. I’d been in Bangor and I decided that I had time to make the summit of Snowdon by way of the Pyg Track. Part and parcel of that walk was looking after Emma who had broken fibula and fibula on the descent. I posted a report of the event and the wider stupidity of a party I encountered later that day here so I won’t repeat myself. It was nice to chat to her again via social media.

The 1st March is also St David’s day and for the past thirteen years has been the anniversary of my Mother’s premature death from lung cancer. So if I can, I try and get to the hills that we shared for so many years. Next year I should complete my Round and Through Wales walk and I’m planning the final section to finish on what will be the fourteenth anniversary of that death. If I can manage the schedule I’ll start the final section of the walk ten days earlier on the anniversary of my Fathers death. I’m working on that schedule now and starting the prayers for good weather. Between now and then I need to complete northern coast, including a round of Anglesea. Having crossed the border into Chester I then return into Wales by following the River Dee to Llyn Tegid and from there the final three days will take me over Aran Fawddwy and not to the Cadair Idris ridge back to the coast.

My final full day in Australia before I return home via way of Milan and ...

Sometimes one of those viral images on Facebook is just too good not to promote ...