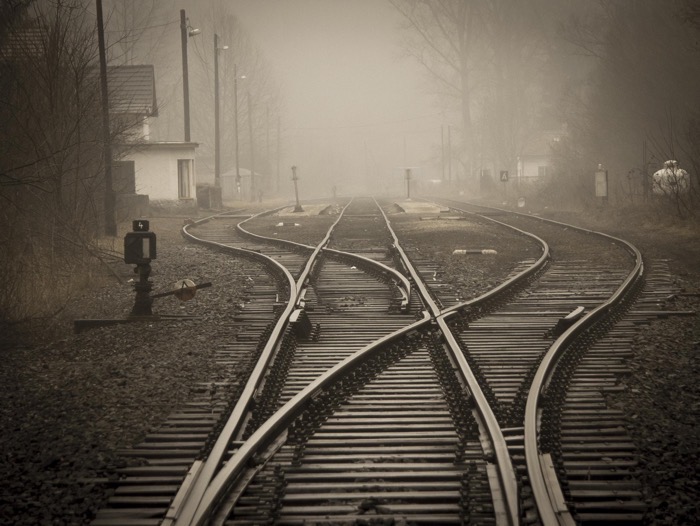 In my previous two posts I set the context for understanding the Deleuzian concept of the title to understand how we can use ideas of flow and leakage to break entrained patterns.  I established (or asserted if you want) three basic principles of sensemaking “under conditions of potential or actual entrainment”  The first two of those were to take an indirect not a direct approach and to avoid idealistic statements about what should happen.  Now those are general principles of sense-making in my naturalising school.  The third talked about Deleuze’s use of fruite in the sense of flowing or leaking not flight.  It is about using the natural affordances of the system to create a low energy cost exit path or paths.  Here I mentioned Deleuze and Guattari’s introduction of the idea of a rhizome which for them means understanding that all points of a system are connected with each other and have the ability to start-up again when broken. We have to deal with the system as a whole (a “multiplicity”) and to experiment with reality to gain understanding.  They contrast this with an arborescent (tree-like and hierarchical) in which temporal dependency closes off options and decisions are binary as in the points system of a railway track (my metaphor).  As such it challenges the idea of subjectivity and the individual as the primary actor.  Now I don’t want to be hung on a Deleuzian pedestal and I tend more to DeLanda’s interpretation in the brilliant 2006 book A New Philosophy of Society.  Neither do I want to forget the biological origins of their use where different species act together in a form of mutualism and hybridisation.  This is entirely compatible and a key aspect of my current use of slime molds and my earlier use of mycorrhiza to understand the role of informal networks.  Indeed all of that comes together in this post.

An aborescent system has a branch-like structure in which causality follows the chronology of development, a rhizome is characterised by multiple interacting connections and is always in a liminal state of some type.  In a rhizome I would suggest that meaning and meaning making are nomadic in nature, and in that they have a lot in common with slime molds acquiring locomotive capacity when it is necessary to move on, but appearing stable if there is no obvious need to change. This nomadic nature has both strength and weakness. People do not move unless they need to move, but when they do the change can be drastic.  And then we have the various qualities to which people falsely attribute causalities such as culture, or event god help us the nonsense of seeing mindset (itself a dubious concept) change as something that can be engineered.   At this point, I will use one quote from Deleuze and Guattari’s A Thousand Plateaus (which for all its value I would not recommend reading as is, start with DeLanda!)

In this model, culture spreads like the surface of a body of water, spreading towards available spaces or trickling downwards towards new spaces through fissures and gaps, eroding what is in its way. The surface can be interrupted and moved, but these disturbances leave no trace, as the water is charged with pressure and potential to always seek its equilibrium, and thereby establish smooth space

This matches in with the general points I have made several times about human systems seeking the lowest energy gradient which argues that change can only be achieved if you change the dispositional state in such a manner as to mean that the energy cost of staying as still is higher than the cost of movement; close of the water supply and nomads will move on.  At this point, I should make one thing clear.  I am not hanging the theory and practice of these three posts on Deleuze per se, although anyone disliked by Roger Scruton is worth paying attention to.  I am acknowledging source and influence.

So what are the possible lines of escape? How to be break entrained practice in order to open up new possibilities of action and interaction?  How do we allow the system to flow, to allow for leaks that may of themselves create new possibilities or create the necessary tension to make the energy cost of remaining is too expensive?  We need to find a means to discover those pathways and I want to suggest three aspects of the way that we perceive the system that needs to be addressed deliberately and they are:

Key here is to vary all three before you make an irrevocable decision and to determine if you want/need to transit out of the liminal aspects which is an essential and ongoing aspect of rhizomatic systems.  If you do decide to exit then it is worth remembering that there is always a tendency for the system to return to its prior state so you have to make the return path difficult to follow, but that, of course, implies risk.   Breaking a sea wall means that a salt marsh, but it is very expensive to go back to the original state.  Triggering a phase shift means that things will absorb or throw off energy and there is the triple point, at which the energy of transition triggering is at its lowest.

Out use of MassSense, an aspect of SenseMaker® allows all three, and we are doing more development here to introduce all three as variables in a modeling environment.  Other methods such as entangled trios all play with all three in various combinations. All three attempt to avoid premature convergence on a solution and the key to all of them is constraint mapping.  I am long overdue an update on that as a technique so will return to that in my next post.

Deliberative action here is not about how to determine an outcome or directly changing people, it is about separating situational assessment from decision making and preventing premature convergence on a solution.  If we can model this in the way that slime molds are let loose amount the salt and oats then our decision making is much improved.

To be clear, I am building theory here so expect more later

Banner picture of physarum polycephalum by frankenstoen, CC BY 2.5 , via Wikimedia Commons

Opening picture of a railway junction is free to use, no attribution required from Pixabay

In yesterday’s post, I started a conversation about non-cognitive approaches to sense-making, referencing biological models ...

The more astute reader may have noticed that I have been writing a series of ...