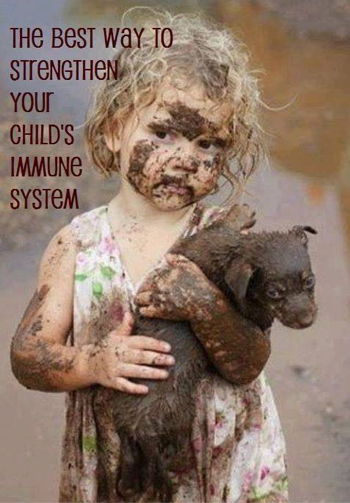 I loved this picture from Science Dump when it came popped up in Facebook a few days ago. Aside from the fact that it is a brilliant picture it makes an important point about the need for mess, and building a capacity to live with and through it. The evidence of a negative impact on the immune system through an excessive focus on hygiene is well known. But its more than that, its also about learning to live and survive.

When I was young (OK I’m over 60 I’m allowed to say that sort of thing now) we disappeared all day on weekends to the adjacent fields. There was an old decayed farmhouse that we explored, ropes hung from trees that we swung on, fires that we lit and cooked on. Basically a whole gang of us from a young age were playing outdoors, learning to cope with people from different backgrounds and generally learning to live. No adult supervision, but the knowledge of potential parental censure if we got it wrong or failed to look after the younger children in the group. These days all play is supervised, controlled planned and OMG it is so so safe that its dangerous.

But it’s not just children, it’s also adults in organisations. People need to learn to live with bad bosses. Sometimes cultures work themselves out without interference. Sometimes they can’t be worked out without pain. We need to deal with the reality of the present rather than constantly trying to engineer things to some mythical ideal state. Sometimes just leave things along and let them work themselves out. Of course a lot of consultants would earn a loss less money, and people skilled at manipulating their language to reflect the latest change initiative would suffer. But neither of those results would be a bad idea.

It’s the winter solstice and time to break by near two month absence from blogging. ...

My Just leave it alone post of yesterday argued for a less control and against ...