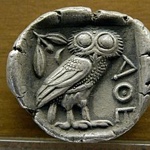 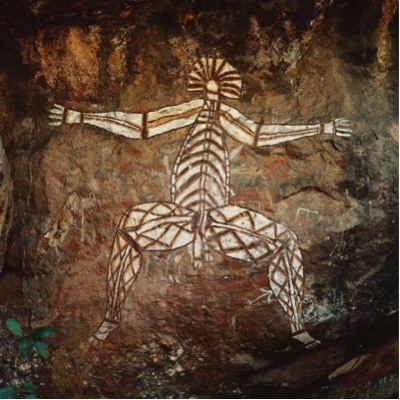 I’m now at the end of the Christmas series of posts summarising some of the uniquesess of human systems which resulted in my deciding to define this field as anthro-complexity. As I said at the start these have been notes to myself in public, part of the build up to my book writing retreat which starts in just over a week’s time. My original rough list got modified as I wrote, new things got added in and I realised that in some cases I needed a different emphasis. We all have our own styles but I find speaking and writing are where I create structure and coherence; I don’t start with a structure and backfill. In parallel with this writing I have been using Netflix (I finally succumbed) to binge watch the latest Star Trek, Coupling and Rome and that may have had an aesthetic impact. Again, a matter of style, I always need to have a parallel stimulus of some sort when I am writing; silence for me is sterile not golden.

Now the main point of this series of posts was to be informed by complexity theory in its most common forms, but also to realise that the uniquesness of humans requires trans-disciplinary work. But there are other significant issues in the way we make sense of the world. The whole question of truth and validity being one that may manifest in politics but has been coming for some time with the growth of extreme forms of social constructivism in which any form of interpretatation is equally valid, nothing can be considered wrong and all views have equal value. If challenege we get a false dichotomy created between expert or central stiffiling authority and anarchistic, anything goes and if it works for you fine new age nonsense. Some of us would like a little more sophistication here.

This was brought home to me in social media discussions and disputes which continued to inform, test and frustrate me over the holiday period. One of the more disturbing of those was on individial where I picked up on some sigificant errors in material they were posting – saying that Aristotle was anti-science and assuming that Popper ecompassed the whole of Philosophy of Science. It went well for a bit but then the errors hit again. Apparently there are only two paradigms: solipsim or hard science. Solipsiusm by the way was incorrectly defined. Then a false (sic) statement that Popper had abandoned falisitication when he encountered coherentism. Challenged, the author argued he was being intutitive, creative and my asking for sources demonstrated my complete lack of social skills. I was also told that the individial could not be criticised as they worked very hard at learning. Finally they deleted the whole thread so I think there must be some shame there which privides some hope. That this paralleled the latest and most extreme fake news (or fake book) storm in the news on Trump was ironic to say the least.

Now when I was at University, to reduce someone’s argument to solipsism was to reduce them to absurdity and in consequence for them to loose the argument (which is not the same thing as you winning it). Metaphysically solipsism concludes that we can only truly know ourselves and therefore the word and other minds are simply figment of our fevered imagination. It comes from the Latin solus which means ‘alone’ and ipse which means ’self’. The self alone, the assumption that anything which works for you has validity is I suppose the final and logical extension of social atomism and the economics of selfishness. It manifests in the extreme in Trump but it is more universal. One of the strong points I have made throughout this series is that we are collective creatures, defined by our interactions with others. We need to break the cult of the individual and the assumption that the individual is the primary unit of meaning if we are ever to make progress. We also need to regain a respect for evidence, for the prospect of truth, for authenticity and validation rather than a simple and undisciplined assertion of ill-informed and uneducated personal preferences, perspectives and prejudices. We are more than reactors and perceivers, we are sense-makers and we need to celebrate that

Complexity is not an excuse for saying that any view is valid, that nothing can be done because everything is emergent or what I call naive self-organisation is the only solution. The reality is that complexity means we need to think and act in a different way, not that we cease to do both. We know that constraints or some type are needed for self-organisation in nature so anarchy is not the solution. We know that if we get the granularity of a system right and we understand the interactions we can have a considerable influence on its development. We can validate what Popper said, so you should be able to cite a source. We can manage, we can validate. One of the things I suggested in the debate was that the individual should attempt to make some of his statements about Popper on Wikipedia – then other editors wouild have forced third party sources. Wikipedia works through constraints not by abandonment to anything goes something that social media can encourage too easily.

I suppose the point I am making here is that the agenda for making sense of a modern world is not just to overcome the danger of assuming that people are like ants (conventional complexity), but also avoiding much of the nonsense of modern management thinking which ranges between the extremes of rigid control on the one hand and cult like models on the other.

So now I have to write it …

The abstract and the liminal

I’m now reaching the end of this series and I haven’t exhausted all the characteristics ...

I had a really interesting exchange on twitter over the last few days. It’s nice ...