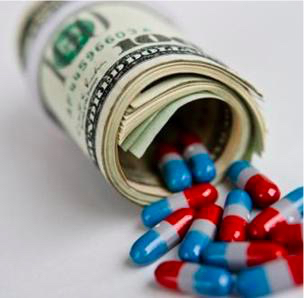 If you read the report I referenced in yesterday’s post you will find multiple claims that there is growing evidence that mindfulness has a major impact on health and well being. By coincidence I came across a New York Times article this morning reporting that “a team of filmmakers led by a British cardiologist say that the function of the Mediterranean diet may have been oversimplified. They contend in a new film that the region’s good health is driven not only by food, but by an array of lifestyle factors, some of which they claim have been overlooked“. Now this may or may not be accurate but it points out the danger of confusing correlation with causation. Also the related danger of confusing symptoms with causes.

Both of these confusions are all to common in in the fields of evidence based policy and consultancy methods, and we can add a third issue namely the danger of biasing the results based on commissioning expectations. As an aside here, I have long thought that the absence of debating from schools and universities is one of the factors which has generally reduced the capacity of people to exercise critical reason. Not just performing by the way, but listening. My pet rant over lets look at the three issues.

In a multi-causal system we need to run multiple parallel interventions which have some basis in science (where we can do repeated tests of hypotheses). This is the test for coherence, then patterns or dispositions of behaviour will start to emerge which may or may not shift things in the right direction in a specific context. Evidence itself is an emergent property in a complex system. The only magic pills available have a correlation with cash not cure ….

Before I start here I need to make something very clear. I want to raise ...

Somehow an image from the Salem Witch trials with a powerful image of patriarchy seems ...