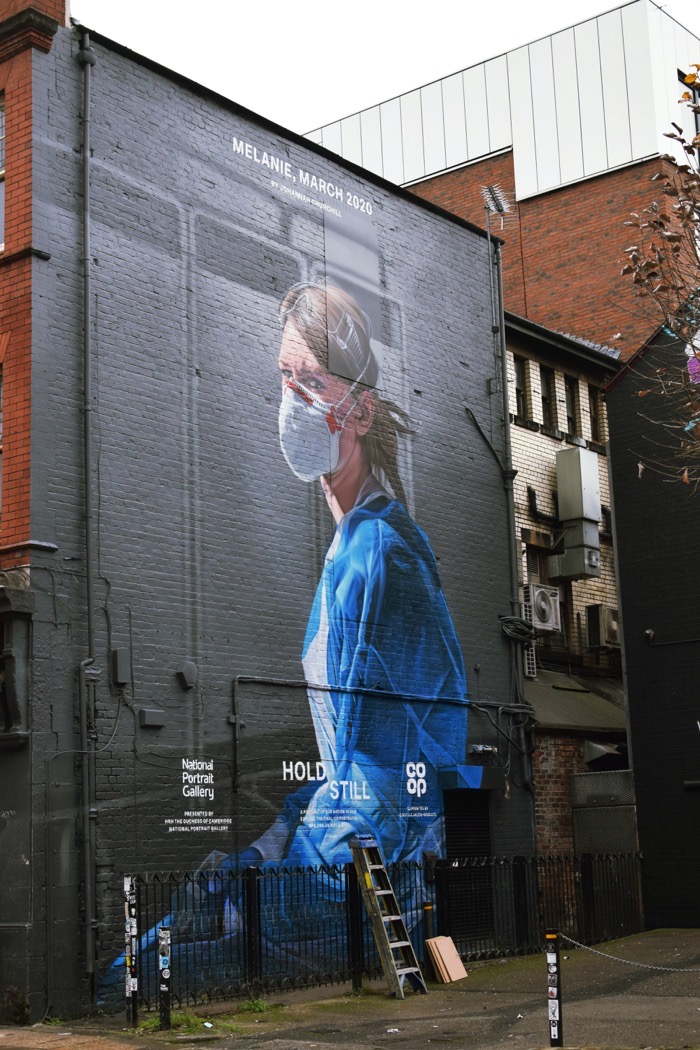 My weekend was disrupted, but in a good way and no it wasn’t that  Wales defeated Scotland in what we are calling the year of the Red-slam; we assume the English team we face in a fortnights time are already drawing lots as to who will receive a red card.  Normally I would have been in Edinburgh for the match, as I would have been in Cardiff the previous weekend when we defeated the Irish.  International matches being played in empty stadiums is not only a strange sight of itself, but it brings home the scale of what we are facing.  Saturday I drove my wife to Luggerhall for her first vaccination shot, I am yet to be scheduled.  While waiting I was dealing with an anti-vaxxer on our local village support app who regarded his body as a temple that should not be violated and was spreading scare stories about side effects and forecasting imminent death for anyone who made themselves victims of an EU conspiracy to control the population. That type of conspiracy theory at scale was impossible before social media and of course, the connectivity of travel allows the virus to propagate and mutate almost as fast as the conspiracy theories multiple.  Even when Covid is over, or rather if, then we are no longer in a stable world if we ever were, and complexity has a significant role to play here and I (and others) have been waiting for something that could help catalyse a new, dynamic approach to both strategy and tactical control.

So the good disruption to my weekend was about the publication of what I hope (with other work) will be that catalyst.  Social media (again) revealed the news that the Field Guide to Managing complexity (and chaos) in times of crisis was now available online.  This is a long-planned and long-anticipated joint publication between the Joint Research Centre (JRC) the European Commission’s science and knowledge service, and the Cynefin Centre.  If you download it you will see the new Cynefin Centre branding by the way and its two-thirds Welsh!  It has been the best part of a year in preparation and I think it has been more than worth the effort.

Its aim is ” to provide sense-making support to the European policymaking process” but it has much wider utility than that.  It is also written in the context of the Covid-19 crisis but again has much wider applicability.  The reality of any strategic approach within an organisation is that you are mainly operating in the world of complexity and confusion dealing with the unknown unknowns and also, if not more critically the unknown knowns.  The Field Guide identifies four clear stages to wit: Assess, Adapt,  Exapt, Transcend.  That is a structured and (at a meta-level) linear process to resolve a crisis situation.   However all strategy is about complexity so with very minor modifications this is a Field Guide to managing and thriving in complex (and chaotic) times, the bracket is significant,

Normally you write the theory book first and then the Field Guide follows, this time we have done it the other way round.  I need to pay tribute to my co-author Alessandro here.  He had already done pioneering work to make design a strategic process within the commission and Cynefin was already a part of that.  He drove the production of this, taking my content when I finished it (nearly always late) and making it into the book you now have before you.  He added content, and critically illustrations which shift the material beyond words into a higher level of meaning.  The constraint mapping diagrams are a good and early illustration of this.  If you go through the Guide you will see a mix of Cynefin Centre tools and methods coupled with Alessandro’s work in the JRC.  We found a good way of working in the end, I would write blog posts (my natural medium) and Alessandro would combine that material with his own.  I’d also pay tribute to the other editors and reviewers who are acknowledged in the Field Guide.

There were some key principles that we applied here:

There is a big effort going on, aside from the wiki to build capability here and I am focused this week on a process that organisations can buy into which will allow them to assess where they are (and it will be multiple locations) on the four-stage process, provide an immediate mass consultant exercise as well as lessons learnt capability.  Expect that to be up and available next week.  The Field Guide was published a week earlier than anticipated so we are scrambling a bit to get everything in place.  We will be offering people an additional free download – namely a wall chart which shows all the elements of the four stages interacting with each other.

In 2020, when we started realising the the full scope of the crisis around the ...

50 years ago today I was in the First Year Sixth of the Alun School ...