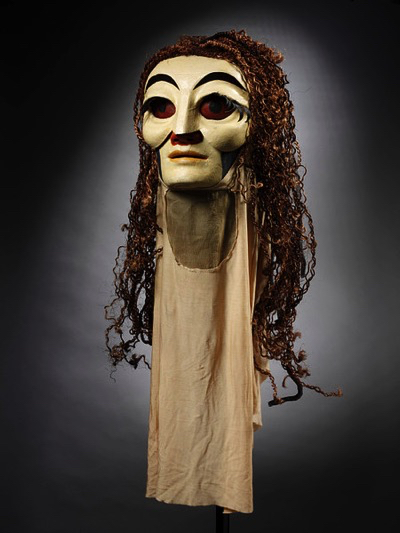 One of my best ever Opera experiences was back in 1986 when I went to what looks to have been the only production of Harrison Birtwhistle’s brilliant Mask of Orpheus. I didn’t know about complexity theory at the time and IBM was a decade away on the horizon. It really needs to be revived, and in the original production as the stage made it, each area seeing a different part of the story which was examined from multi-perspectives in parallel rather than in sequence. Each of the main characters appeared in three forms: singer as human, mime as hero and puppet as myth. Memory, prediction and reality were intertwined and the whole thing was a musical and intellectual delight. I have the recording as a memory, but the sound alone is not enough.

So why I am raising this now? Well, one of the other major areas I am developing at the moment is the whole question of identity as a primary unity of analysis in understanding organisations and society. This is compatible with, but not the same thing as the Cynefin Centre’s Meaning and Identity programme. The dominant approach in organisations is to see the individual and formal aggregations of individuals (in hierarchies and matrices) as the principle unity of analysis and therefore focus for change or engineering. Hence the emphasis on individual development, competences and all the panoply of idealistic models and mandates that consume attention and resource within organisations and the broad eco-system that has gown up around Organisational Development practice (I’m deliberately avoiding the word theory) over the last few decades. In my ore cynical moments I see much of that eco-system as reversing the normal biological progression from parasite to symbiote with a resulting Stockholm Syndrome relationship between OD and CEO.

Switching from individual to identity and from formal structure to constraint management offers us an interesting alternative to this focus. As the problem increases in complexity we increasingly change the nature of constraints, loosening coupling to allow rapid readjustment to a dynamic situation, reversing the process as the situation stabilises again. Critical to this is a reduction in the number of things that have to be managed and a focus which builds experimentation into change. So this exploration is going to bring in my prior development of a typology of constraints. Just to be clear, it’s not going to be complete in one blog post! However, getting a chance to teach this on an advanced Cynefin Course in Sydney last week helped get a lot of things straight in my mind. So let me start by listing some types of identity:

Now that list is not definitive, but it should be recognisable. What I will develop is a theory of organisational design and market understanding based on this, which will link with apex predator theory and liminal cynefin. That will develop in a series of blog posts over the next few months as I attempt to synthesis over a decade of writing here into material that I can take into my eight day January book writing retreat.

More later, but in case you are wondering about the connection with my opening paragraph, Ritual, multiple forms and ambiguity over time are critical to all of this thinking.

The liminal version of Cynefin has been slowly evolving over the last few months. It ...

An abiding memory of childhood is being sent home by a Chapel going Welsh Primary ...