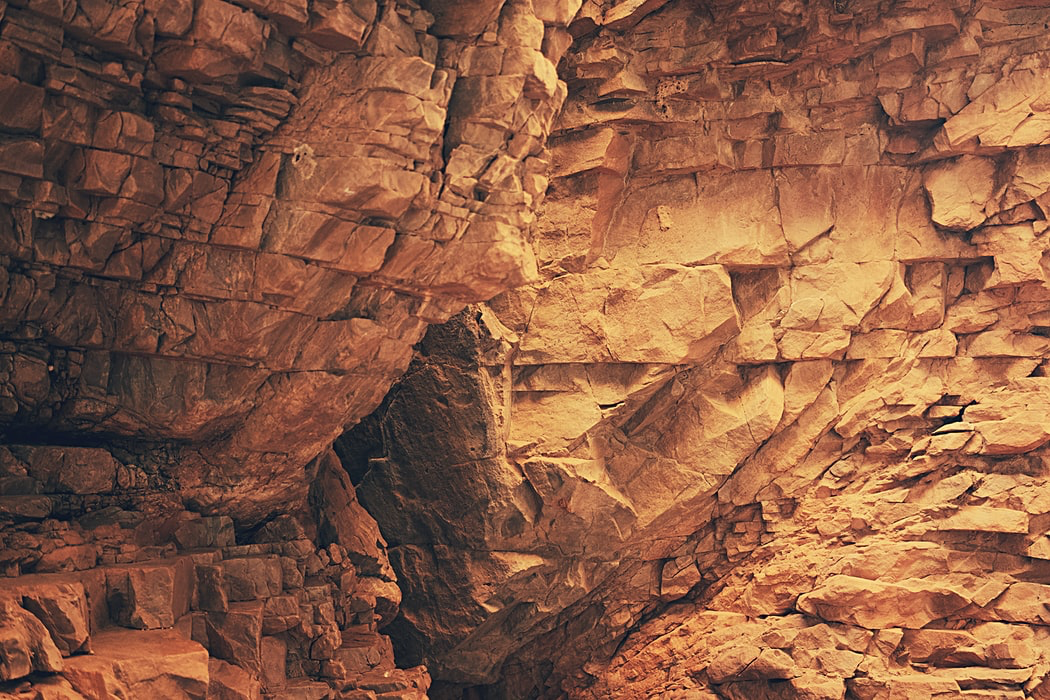 In praise of Texture 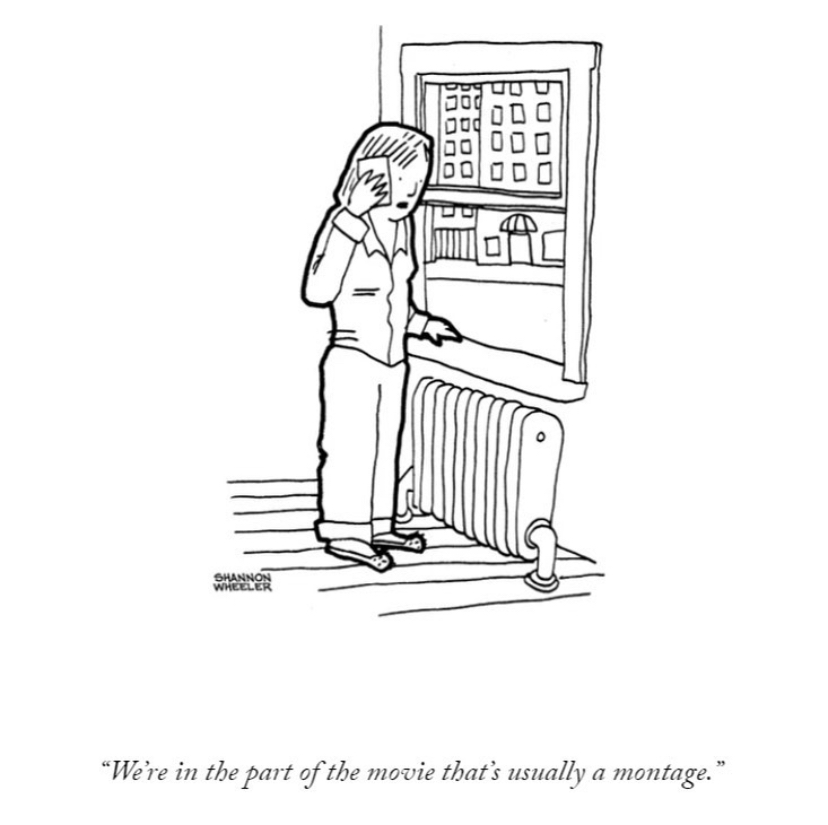 I love this cartoon by Shannon Wheeler, that was posted by the New Yorker. When we watch apocalyptic movies, what we are now going through is usually the time lapse montage of people watching the news for updates, mothers holding their children close, and people huddled together one last time before the asteroid hits. This, however, is no time lapse. Everyday and every hour is felt acutely – whether it is the long, drawn out white noise of sheltering at home, not knowing when the end will come; or the sharp staccato rhythm of the healthcare professionals on the frontline, where there are too many decisions to be made every second. This strange duality between a desire for stimulation, and a desperation for silence and calm.

Recently, my urge to disappear into a reality that is not our own has been strong. Yesterday, after a few weeks of seeking “something else other than this”, I finished a binge-watching of all 9 seasons of How I Met Your Mother. The show has been a comfort to have, just playing in the background –  a little like a white noise machine that helps you to go to sleep at night. As the days go by, it becomes harder to manage time, as the days lose texture, and hours melt into another with no definitio My favourite type of escapism often involves a fantasy series with alternate realities embedded, or existing somewhat alongside ours. I read Bram Stoker’s Dracula for my GCE A Levels many years ago, but have been strangely drawn back to the book. There is a certain likeness of the story of Dracula and our currently reality that was striking to me. The popularity and wide proliferation of vampire stories have been recognised to correlate with plague – in particular, the Black Plague. A National Geographic article which investigates this correlation has likened the superstitions with how to kill a vampire, or prevent it from feeding to a human desire for a sense of control over the disease. (Credit for “Lost in a Good Book” image goes to Nathan Pyle who illustrates one of my favourite series,  Strange Planet )

In the novel, Count Dracula is depicted as death and pestilence, feeding off the lifeblood of his victims. I think it no coincidence as well that bats are synonymous with vampirism. I’ve also been reading A Thousand Years of Non-linear History by Manuel DeLanda, where he has an entire section devoted to Flesh and Genes, and where he describes the way plague and human development go hand in hand. Viral pandemics have always historically been zoonotic, where non-linear inter-species jump has created viral plagues. Bats have always posed a zoonotic threat.

Dracula is the plague personified, but at once de-personified as through the entire story, the characters are fixated on him, but we never hear from him. We can only seek to understand him from what observations we can make of him. Much like the coronavirus we are facing, this is an enemy that is enigma. It is a similar story-telling convention adopted in the Game of Thrones, where the white walkers are an enemy that do not tire, that are death personified (the COVID-19 virus has been identified to be a bit of a zombie virus; there is nothing to kill as the virus is already dead). You also never hear from the white walkers, only about them from 3rd party accounts.

The Dracula story has several developmental arcs that run in parallel. The novel takes an epistolary form where the story is told, and the narrative arc is developed entirely through a collection of journal entries, operational logs and letter exchanges between central characters in the novel. There isn’t an omniscient narrator, and instead the reader discovers new disjointed information alongside the characters as little clues reveal themselves through discovering connections. The story-telling is deliberately non-linear, disjointed and pastiche.

We get different viewpoints of the same incident which adds to the richness of the narrative and gives us clues which would otherwise be unavailable had the entire story been told from the perspective of the narrator. It also makes it easier for us to come to terms with the coincidences in the novel, as well as the interconnectedness of the characters.

It is this story-form that I find most similar to our current condition, and most suitable for complexity. Precisely that non-linear disjointed pastiche nature of the story, I find best honours the experience. Although I recognise that the “curve” and “flattening the curve” are critical in our ability to manage the further spread of the virus, I find that speaking of a curve removes the textuality and unevenness of this experience.

“I search for the realness, the real feeling of a subject, all the texture around it… I always want to see the third dimension of something… I want to come alive with the subject”  – Andrew Wyeth, Artist

In Singapore, we have recently had an explosion of COVID-19 cases. Experts are saying we will hit the 20,000 mark by the end of April. The numbers are shocking, but the reality is that this is an uneven experience. The numbers have risen dramatically because of super clusters that have emerged in foreign worker dormitories. Singapore’s glittering first world, middle-class reality has always been supported by an underbelly of cheap foreign labour (some 300,000 of them). They are responsible for providing services like construction which the locals do not wish to perform. More than 90% of recent cases are made up by these foreign workers who live in tight quarters, and who have no chance for social distancing. This is a mini version of Singapore’s New York – but to an even more intense degree. Today we discovered 597 new cases, of which only 25 are not foreign workers.

This speaks of two different realities. A recent article published in the Washington Post states that:

“Recent developments have demonstrated that you can’t have foresight for things you refuse to see.”

Policy and governance has often been designed on a belief in generalisability, symmetry and an evenness of experience; welfare is provided for those who fall outside the norm. However, this does not capture nor account for what is inherently textured reality. We did not plan for this, because it was an unevenness that Singaporeans have become conditioned to ignore.

In the US, this is manifests in how COVID-19 is impacting the African American community unevenly. Due to historical reasons that have contributed to occupational segregation, disproportionate chronic health conditions, and disparate access to insurance and healthcare. This unevenness creates again, a different reality to the current pandemic. Imagine the unevenness we are going to witness when vaccines do become available – how are inequalities going to manifest around who gets access to vaccines, and when and how?

We have been working with NYU on an NSF project focused on studying the impact of Hurricane Maria on Puerto Rico, and how best to rebuild with greater resilience. We are now shifting our focus to capture stories on the COVID-19 experience. We have been working in an interdisciplinary fashion, and have recently been looking to represent SenseMaker® data in a geo-spatial manner, seeing how patterns differ across the island, so we can do a layered analysis of the experience of disruption together with things like night lights analysis. The students we are working with are brilliant, and when they first started this data integration exercise, they kept asking me why it wasn’t possible to discover a linear relationship between the experiential data of SenseMaker®, and the night light data. The comment was that the data painted an uneven non-linear reality, where they were seeking linear relationships.

The image here shows the mean indexing which describes each municipality’s experience of Maria. This triad asks participants to describe which critical infrastructure was most critical to recovery based on a story they shared about the Hurricane. Overwhelmingly, the Puerto Ricans indicated in this study, that communications and access was most critical, balanced with some municipalities which indicate a balance of communications/access and electricity. When thinking of recovery of infrastructure, the focus was on restoring access based on a percentage of island coverage. However, there is a patchy reality to each different community’s ability to cope – this is the story of resilience that SenseMaker® was focused on capturing. How do people interact with critical services, and more importantly, how do they manage without it? This is a patchy story. It will be non-linear. There will be multiple realities based on the existing conditions they are working with – density and networks, access to alternate sources of power and water, etc. We have to account for this textured existence and embrace asymmetric approaches.

It will be interesting when we start collection of COVID-19 stories to see how the patterns shift. The same things (i.e. density and social networks) that helped with Maria, might act differently when we need to social distance. Together with NYU, we are also thinking of running the same SenseMaker® project in NYC.

It will be interesting to see how the texture of the experience manifests differently across different settings.

In praise of texture

Life is not smooth nor even. It is necessarily textured. As those of us in lockdown experience the long slow days of uninterrupted white noise as we shelter at home, we are buying time for frontline workers and scientists as they rush against the clock. Without textural diversity, life is (as we are discovering) unbearable.

Texture manifests in the non-linear, disjointed and pastiche as each person’s story is going to be different, and everyday will also present differences. When we are able to look at these stories together, though, we may discover patterns that help us to understand the shape and form that this unevenness takes. Texture also provides us with the friction necessary for traction. I am hoping we will take this texture into account when we rethink the new society we will build so that we can account for diversity of texture, without creating unevenness that tips us so far into inequality.

This is the second post of several that I am publishing this month to update ...

This blog post is written by Dave Snowden (the Cynefin Centre) and Millie Begovic (UNDP) ...