The festival starts on Thursday with an evening session or two so I planned to get down to Hay-on-Wye in the afternoon, settle into the cottage and get down to the Festival site for early evening.  Now a part of this week is to improve my fitness both mentally and physically.   On the latter front I have been walking most weekends for six months for a minimum of twelve miles often more.  The good news is that the pain in my knees that I was starting to think might need an operation turned out to be far less serious and just reflected a lack of exercise.  Given this I decided it is now time to take out the bike again, not the fancy Audax made to measure one, that can wait a bit, but the general utility hybrid.  Unfortunately when I came to check it out seven years of neglect (yes it is that long, and coincides with leaving IBM and setting up Cognitive Edge) revealed something in a sorry state.  Given that I never much liked it anyway, and had been envious of the new hybrid I bought for my daughter last year I decided to bite the bullet and get a new one.  A web search found a good shop in Hereford and I spent an enjoyable hour with intelligent and helpful staff getting fitted out with a neat all black cross trail model complete with front suspension and disc brakes.  A brief ride around the block reminded me of what I had been missing so I paid, organised for  clip in pedals etc.to be fitted and arranged to pick it up tomorrow.

By now I was running late, but I found the cottage, picked up the keys (in a box under a bowl, this is the country and trust is all) and discovered a delight.  OK the track up to the cottage threatened to rip out the exhaust, but the cottage itself is on the top of a hill with spectacular views over Peterchurch to the Black Mountain. 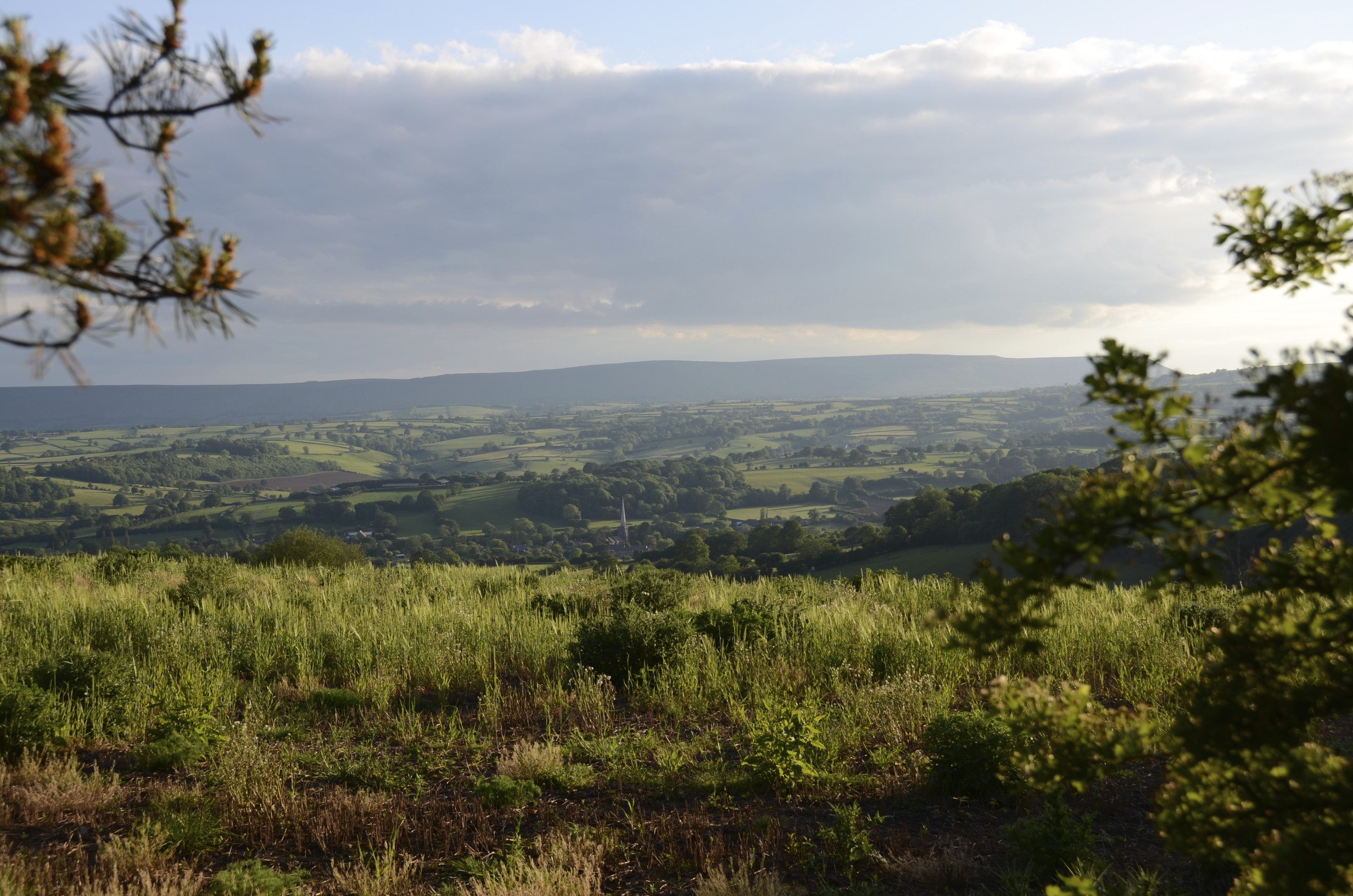 I only had time to dump stuff from the car and then headed into Hay in time to meet up with Peter and Nick, collect tickets and attend the first session entitled Local Heros.

The advertised theme was the conflict between local shops and large supermarket chains.  However the panel soon moved to wider issues.  The first speak was Rob Perin, FT journalist, round the world cyclist and parish councillor.  He made the valuable point that most communities define themselves by not being their neighbours.  Anyone over the hill is by definition an evil person who will rob any visitor.  The sense of other is important to identity although he exaggerated a little, but the stories were good and the idea that community is the least valued concept in the UK, if trite still valuable.  The next speaker was more substantial.  Jennifer Parker of the Schumacher Institute moved the debate to the wider issue of communitarianism v individualism/atomism.  This would prove prophetic for a theme that would emerge over the next days (benefits of hindsight again, I am in catch up mode).  She raised questions as to are we a part of a biotic as well as a human community, what are our duties of care?  She asked how we can find ways to enjoy ourselves without the need for conspicuous consumption.  I little bit idealistic, but conceptually well rooted and avoided the fluffy bunny trap.  The final speaker was Sue, not listed in the programme who runs a globalisation education and society institution.  She argued that not all business is evil and there are different ways of doing business.  She talked about local activities in Bristol.  I think she was there to provide balance, which she did but here contribution was anecdotal (as was Rob's) rather than conceptual.  Nothing wrong with that per se, but this event is really focused on understanding underlying principles rather than just reporting experience.

The debate was more varied and all speakers addressed the issue of a focus on community becoming some form of William Morris fantasy (if you don't understand that look it up, I'm not taking prisoners this week).  Most argued that community has to build on what is viable, what people can live with and there were lots of examples of community activism.  The downside of small communities was evidenced:  Who gets to speak?  How are dissenting voices to be heard.

I got a chance to contribute and suggested that our problem with communities was about level of common activity.  In my village when your children are at school you are a part of the community, if there is an issue such as pollution in the Kennett or a planning issue the community will form, but it goes from event to event as there is not common purpose as there would have been a few decades ago where people would locally and independently.

An interesting, but not especially challenging start to the event.  Dinner in a local pub with Peter and Nick followed and I headed back to unpack, find the one spot in the cottage where the internet works and sleep.

I first went to this celebration of Philosophy and Music last year for a few ...

HTLGI2012: of hills, progress and cyborgs

The festival is still in its warm up stage with evening events only so I ...