I've managed two days at the HowTheLightGetsIn festival this year which is a shame, last year I made the whole ten days.  It all got a bit messy as we planned to organise a Cognitive Edge event around it and worked with the organisers late in 2012.  However the price to be a part of the event, issues with transport and general workload meant that did not happen.  However for 2014 I think we have worked out how to do it, probably a pre-event then options for delegates to stay over with a string of meetings and discussion for those who do.

As was the case last year I will post for each session including my own notes.  Nothing like an iPad with a bluetooth keyboard!   So expect a string of posts with the same date.  The form will be some general comments, sometimes perfunctory followed by said notes.  The Festival is always a mixed bag, sessions you look forward to sometimes disappoint, ones you added in just to fill a gap turn out to the most valuable.  The thing I like about the festival is that its still small, the conversations intimate and the material stimulating.  The rain on the other hand makes you really feel you are at a festival with mud and misery providing a corollary for the intellectual stimulation. 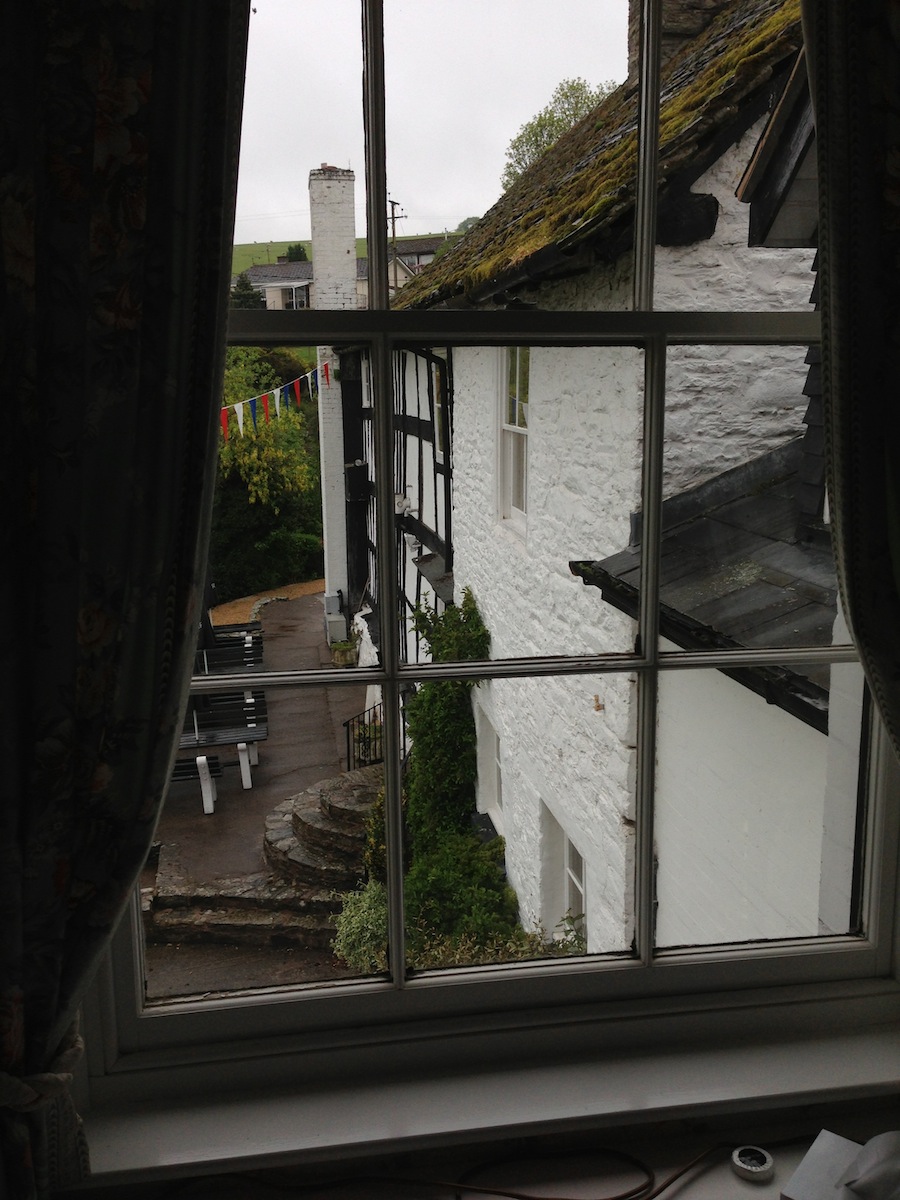 Last year I rented a cottage, this year it was all at the last minute and brief so there was no accommodation available for Sunday night which meant I stayed in Cardiff.   Monday night was the Rhydspence Inn which is a delight. Large rooms, good company (the landlord is a real character who does a nice line in hard carved dragons – see picture) and well kept beer – although being rationed to one pint was not fun.   Not a bad place to work either, the in text picture shows the view from the table on which I located the MacBook.   I left my name as I am tempted to use it next year, its a short bike ride from the town or an easy walk along the river.

If you don't know this part of Wales its worth exploring and Hay is at a crossing point of the Wye and Offa's Dyke Paths as well as being the largest location of second hand books in the World.

So expect a flurry of posts with material over the next few days as I get material up.

One of the thing that was an undercurrent of thinking and discussion in Paris this ...

This session was a presentation by Rowland Smith and as the notes indicate he is ...