Have we ever not been post-fact? 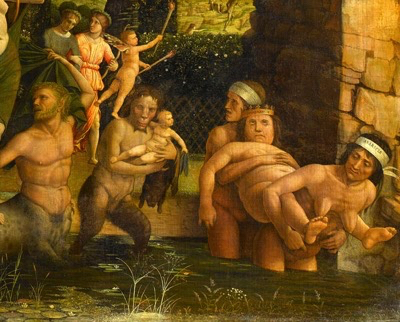 The theme of a post-fact, post-truth society is ever present in the press, social media and various think tanks, one might even say it was “unpresidented” in nature but that would an act of cruelty to those afflicted with a narcissistic personality disorder. The more I have thought about the more I think that is an inaccurate distinction. I’m not sure we ever had a fact/truth society. We have had periods where the dominant trope has privileged those with knowledge, sometimes the Church, sometimes ’scientists’ more recently experts. I’m not sure people necessarily bought in per se, but it became the norm. Interestingly if you go back to enlightenment then you find people such as the philosopher Giambattista Vico who challenge the new orthodoxy, not for its insights but for its rejection of all that has gone before. Everytime I drive up to Bangor University I pass the nuclear power station at Trawsfynydd where were taken in a school trip in the 1970s. We were then in awe of anything that a scientist said, fluoride in the water, nuclear power in the Rhinogs we need to believe in someone who knew best.

Now the world is a safer place when we do believe in people who have expertise, but not when we deify them. One of the reasons we have difficulty in getting people to take climate change seriously is that the scientific community does not have an unblemished record both in terms of its basic insights, but also in its ability to call wolf. Going back a bit remember that Galileo Galilei rejected the ideas of Kepler displaying the same intolerance that he faced in his turn. Basically we are not good at thinking for ourselves, and that can be too easily exploited. I am reminded here of the words of one of the most interesting philosophers (although she rejected the word) of modern times Hannah Arendt:

The ideal subject of totalitarian rule is not the convinced Nazi or the dedicated communist, but people for whom the distinction between fact and fiction, true and false, no longer exists.

Now remember that Arendt was a Jew had an affair with her teacher Heidegger, barely escaped France with her life in 1941 but then reunited with Heidegger after the war despite his support of the National Socialist Party. She was critical in getting his philosophy accepted in the post war years. She was able to go beyond the superficial to see something deeper.

We now seem to be in a world where the trope in which we have to live is dominated by populations with no limits, no baseline below which they will not sink. In many ways that is a consequence of neglect and of privilege. To address it we need to disrupt the negative trope and create a more aware society. To my mind the universally of the internet as currently envisaged is a part of the problem not the solution, a information centric manifestation of neoliberal globalisation that got us here in the first place.

So where do we go? I think there are a few areas worth exploring and they are classical in origin. One is the notion of grace, another that of virtue and finally that of rhetoric (which may include trust, or that may be an additional post – the Aristotelian in me is coming out. I want to look at each of these over the next three days in an exploratory way. I’ll illustrate them with appropriate works of art. Today we have Andrea Mantegna’s Minerva Expelling the Vices from the Garden of Virtue.

In my last two posts I have emphasised the need to get behind surface statements ...

I’ve chosen Caravaggio’s Mary Magdalen in Ecstasy to illustrate this post on the concept of ...