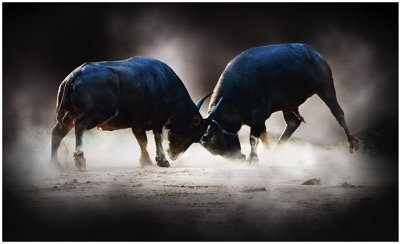 I argued in yesterday’s post that to resolve conflict we first of all had to change the filters through which people viewed the present. In order to do that we need to change the perception of the past, not create a future vision. A general principle of complexity work is that any future state statement is an a priori error; we need to deal with the evolutionary potential of the present. In a modern day environment this is even more important as the sheet volume of unfulfilled promised futures has created a deeply negative pattern of expectation. Now I should emphasise here that I am not saying that we should dissemble; creating a fictional past smacks of Stalin having pictures doctored to remove his rivals from the history of the revolution. But the emphasis matters as does the way the tale is told. Also to be entirely consistent we need to make sure that such an approach starts from the where people are, not where they say they have come from.

That last sentence is a little enigmatic and deliberately so. I long ago learnt that grand narratives of either the past or future, especially those which arise from workshops with well meaning facilitators, have little more than the temporary gratification of social interaction and rarely survive any post workshop encounter with reality. In order to make a change we need to pay attention to the three critical aspects of any complex approach which (modified for this context) are:

What I have done below is to show two different dispositional landscapes which original in the descriptive memories of the two conflicting communities. In both these cases the material should ideally be the street or water cooler anecdotes which capture people’s day to day realities, self signified at the point of origin we can then create probability distributions of the material. In the example these are illustrated by the two top pictures below: 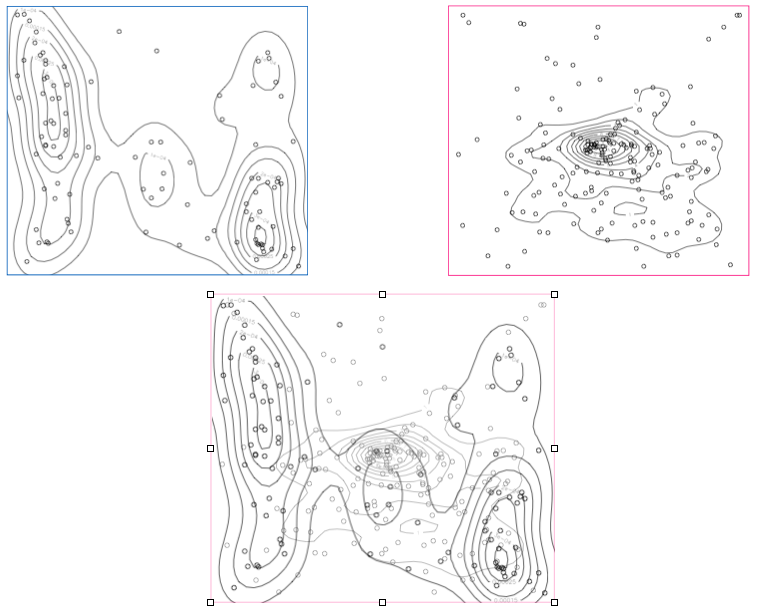 In dispositional landscapes the deep contour lines represent strong disposition states. We can see two separate but fairly open patterns on the left and a very dense pattern on the right. Now if we combine those we see the potential for change. I really wanted to colour these but the technology available to me (and my artistic ability) was not up to the task so I have reduced the opacity of the second to make the position clearer. As you can see there is only one overlap position – a bridging but shallow disposition on the left overlaps with the strong solo disposition on the right. That may represent a common ground, but of course if may be a negative space. it may be negative but if that is all you have then you start to work there. Now I have deliberately not placed axis labels here and I don’t intend to. Identifying a vector or direction of desired travel is important but you don’t do that upfront; we start with the diagnosis.

Now the dispositional maps tell us a lot more, the left is shallower less strong more easy to influence. The second has a broader event horizon to the bottom right but very shallow to the top. That means the the bottom right (which exists in variable strength) may be an achievable shift. Even if it is undesirable it may be the only way to disrupt the right hand deep well, so it may be a first state. There is a lot more to tell here, but lets leave that for tomorrow (and possibly the day after if I also bring in Cynefin).  I’ll also elaborate a little on the title.

The headline of this post comes from Søren Kierkegaard’s famous quote “Life can only be ...

There is an old african proverb: When two elephants fight, it is the grass that ...