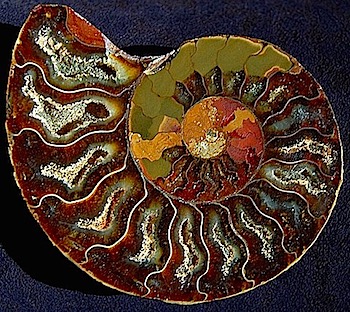 A fractal in mathematics describes a phenomena where similar patterns recur at progressively smaller scales, each pattern or instance is self similar in nature. A simple search of google will show that the word is much abused and I hope I am no contributing to that abuse. One of the important aspects of Cynefin is its ability to be both a strategic and an operational framework. A brief aside here, Cynefin does not purport to model reality, it is a framework that allows human sense-making. The realisation of that was important although people still use model from time to time and I lapse on occasion. In the context of this post it is also a framework that can be self-similar at different levels, which means the same abstraction is used albeit represented in different ways; a form of polymorphism. In order to understand this I need to refresh (or introduce) the reader to the method for creation of Cynefin.

The Four-Points method was developed during the IKM days over a series of workshops. The general pattern of method development then was lots of discussions and drawing before, during and after a facilitated event by myself, Cynthia and others, then I degree of improvisation by myself as facilitator. A lot of Cognitive Edge methods came to me on my feet, informed in that way then refined. Archetype creation and ritual dissent along with Future-Backwards being other examples. I think we started work on this at the IKM event in New York, then refined it in Toronto and developed it to a fine art in Singapore; but I could be wrong on that. The approach is described in New Dynamics of Strategy starting on page 9. In summary it defines both the domains and boundaries in terms of exemplar narratives derived from the history of the organisation.

This means that we can create different versions of Cynefin using exemplar stories from different groups, Software Development will have their own exemplars, so do marketing, sales, strategy etc. etc. If we ensure there are some common exemplar narratives in each group we have the same sense-making framework, but with different forms of contextualisation. That means we have a common language of abstraction which is also highly concrete in nature. I can say Its complex I will probe and other groups in different contexts will understand what I am saying because they can situate the statement in narratives that they already understand.

A side issue here is the importance of boundaries to get human beings to switch from one mode to another. But that is a concept for another day. For the moment the argument here is that the need for fast real time feedback, necessitated by the nature of a complex system means that the sense-making frameworks in use have to be fractal in nature and both abstract and concrete at the same time. We cannot afford to have a linear process in which the language requires translation as it moves from strategy to operations and vice versa.