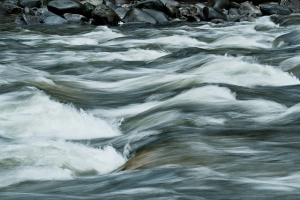 9: Against essentialism, defining potential through action

I fell in love with Philosophy as a subject through reading Plato.  That included the whole metaphor of the Cave which was seductive. The idea that there is some eternal essence from which all realityis derived gives a sense of the eternal. But such fantasies need to be abandoned along with the equally seductive idea (for the teenage male) of Philosopher Kings. These days I stand more with Heraclitus in thinking that everything flows, nothing stands still. To go as far as Nietzsche in suggesting that Being is an essential fictionprobably takes the idea to the extreme but flow as a concept and as a metaphor is the (sic)essence of understanding complexity.

As I reach the three quarter point in this Christmas journey I want to target essentialism in the context of the blame game that always seems to be associated with the use of the word culture in organisations.  People talk about cultures of nn, assuming that we can designate a specific culture by determined properties.  Often cultures are classified with quasi-deterministic outcomes.  Some cultures are held to be desirable, others are blamed for poor customer service etc.  My seventh post in this series handled issues of categorisation but here I am going deeper. To continue my philosophical theme; to define yourself by function is what Sartre called bad faith. In contrast the ability to make choices is key to humanity and to humane organisations.  Sartre famously suggested that conventional ethics is a means of the bourgeoisie exerting control over the masses and the whole use of categories, the culture word and other practices performs the same function in the modern organisation.

One of the most irritating questions you can get at a knowledge management conference is some variant of How do I create a culture of knowledge sharing? which is a disguised form of How do I get people to use this wonderful system/process I have designed for them to share knowledge. The reality is that people naturally share knowledge where they can see a real need, but to expect them to codify that knowledge in the absence of context without such a concrete expression of need is more problematic. It is not just an issue of willingness to share, its also a question of how to do so. We see the same thing in the context of cultural need. Most client facing employees will try and meet customer needs unless you have created a system so perverted that they have become bureaucrats by necessity not by desire and simply do what they are told. in one of the first ever Cynefin articles I contrasted ideation with rule based cultures. The latter makes culture explicit, the former is the way we do things around here that we all understand but its difficult to explain. Ideation cultures adapt and change with coherence of identity over time and as a result they are resilient and persistent. That may be good or bad, but the point is that they are not some static pre-determined state that has a direct linear causal relationship to the actions people take. No the actions are part of the flow that gives culture meaning over time.

So in managing culture we are not creating, designing or determining an essence that will give us predictive or controllable behaviour. Attempts to do so will drive the real culture further underground with the surface manifestation repeating back to you the platitudes of your value statements. Humans are very good at appearing to confirm with the verbiage of power while continuing to practice what matters to them. In practice companies depend on this authentic inauthenticity to survive.   The irony is that if it wasn’t for people’s willingness to work for customers and for colleagues despite the process not because of it, most companies would fail a lot faster.

In part I blame Hofstede’s work in IBM for a lot of this in his attempt to define national cultures based on surveys gathered within an organisation that its own distinctive transnational culture. It is a variation of the categorisation approach I criticised in an earlier post coupled with a desire to label things with a implication of linear causality between executive desire, label and consequent actions by the determined. In reality we are better avoiding such labels and instead focusing on flows of narrative over time. I’ve made the point several times over the years that out ability with SenseMaker® to ask the question What should I do to create more stories like this and fewer stories like those is a far more effective way of directing the flow of narrative over time and therefore directing the flow of culture within an organisation. I will be writing a whole bunch more on this next week in connection with our launch of Culture Scan.  Culture of course is also fractal, it is not susceptible if single layer category models per Hofstede. Stories inherit characteristics at all levels, they are self-similar but their nature is largely determined by how weact rather than what we say. Self-similarity is not the same thing as being identical and there are subtitles of both group and context that we need to take into account.

So lets return to philosophy and Sartre’s idea that existence precedes essence; easier to understand by thinking of who you are (or an organisation is) by what you or it does and does differently over time. That simple change of thinking would dramatically increase effective action in organisations.

My thanks to my daughter Eleanor for suggesting this subject in a conversation last night at the every wonderful Inn at Whitewell in the Trough of Bowland.

8: Issues of evidence and judgement & a false dichotomy The phrase evidence based decision making ...

10: Trying to get to a single causal line of reasoning The picture is from Avebury ...