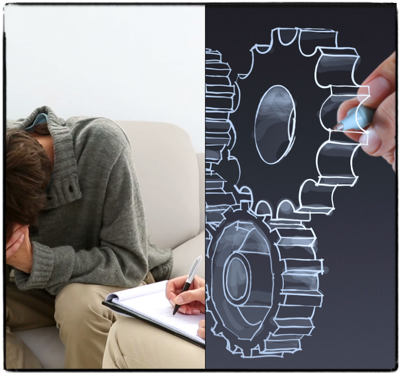 My Just leave it alone post of yesterday argued for a less control and against an excessive focus on hygiene for children. But in the final paragraph I moved from the family to the organisation calling for a little more realism and in particular to let cultural and issues sort themselves out of time. That doesn’t mean we don’t interfere, but it the nature of the interference that I want to call into question. Astute readers may make the context to earlier Nudge or Yank comments in terms of where this will do over the next couple of weeks. My plan is try and develop a series of posts on the issues with organisational design and development. Each post will be roughly based on the symbols in the Twelve Days of Christmas, starting with a Partridge in a pear tree and ending with Ladies dancing or Bells a ringing depending a little on which version of the song I choose. The 1905 version has Asses racing and Bulls a beating which makes it attractive but lets see how things work out.

So yesterday was the context setting post, today is the warm up act before I settle into writing the first post post Doctor Who, post Dinner and ‘Downton Abbey avoidance’ exercise. I creating a image with an engineer and an councillor as those professions, by metaphor seem to dominate the state of the field. Engineering has dominated management thinking since the 80s as part of the popularisation of a cybernetics approach to systems thinking. Starting with whole idea that an organisation could be Re-enginneered that movement morphed through attempts to measure everything through KPIs, the Balanced Score Card and so on and then seems to have shifted to damage control with the growth of techniques and interventions that seem to be driven by the false metaphor of health in respect of the dispositional state of an organisation and the consequent need for therapy.

The opening image illustrates the scylla and charybdis of modern management. Engineering here is Scylla who takes her share of your crew in the form of downsizing, while Charybdis is the whirlpool of guilt induced approaches to change based on pseudo-psychology that privilege the role of the therapist. It was bad enough when you had to make a choice, but now the two have combined and occupy not just the Strait of Messina, but the whole Mediterranean Sea. You no longer choose between a long and a short voyage, or within the short voyage between two perils. Instead both have to be endured, ignored with celebrated, worked around but not through. OK I am getting a little carried away with imagery and polemic here but hopefully I am making the point.

What is interesting is that many organisations are now immunised to change, people have become resilient: learning how to adopt the language of the change agents stripped of meaning; playing the corporate game by masking reality behind a facade of happiness and team spirit; getting the job done despite, not because of the latest change initiative. The net result is that the failure of most change initiatives is not visible to senior management and leadership as no one allows their pet projects to fail. More money is wasted in change initiatives that could be better deployed elsewhere. Now to be clear there is a role for change, there is a function for organisational development and even design. But, and it is a very big butt, that role is not an engineering or a therapeutic one it is more that of a gardener or better a loosely coupled cadre of ecologists.

I loved this picture from Science Dump when it came popped up in Facebook a ...

One of the issues I've found with the Twelve Days of Christmas nursery rhyme is ...