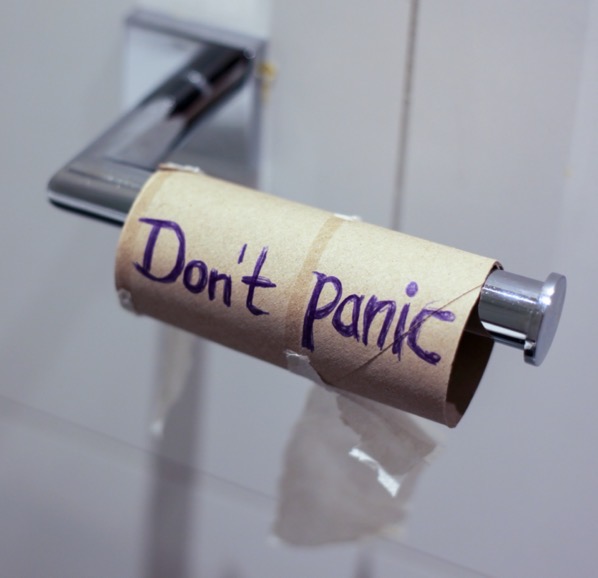 I don’t know if I displaying a keen anticipatory capability in focusing on Disorder, the all too often ignored fifth domain of Cynefin, in this annual update series; if so it was unconscious.  But the current Covid-19 crisis has produced multiple examples of the criticality of the domain ranging from the deadly seriousness of triage decisions to the absurdity of the run-on toilet rolls that hit the UK and seems to have higher significance for most that a visit by a Vogon Constructor Fleet (for those who don’t get the reference in the picture).  I had this post planned for last week but life has been frantic with back to back Zoom meetings coupled with getting together our response in a series of SenseMaker® projects and programs. The provisional site is now up but expect more material to be added as well as updates on this blog as things progress. Others have been picking up on the theme with posts from Chris Corrigan and my colleague Zhen Goh and there are many other references together with a body of work on Google Scholar that needs urgent review if anyone fancies the task.  One of the many things that I wish I had done a few months ago.

Speaking of regret, the best part of a decade ago I started to argue and present the idea of creating a human sensor network using schools, community centres, and sports clubs.  I wanted every 16 year old in every school in the world to act as a citizen journalist as part of a classroom project.  Initially with Tony Quinlan and then with Beth Smith we proved the basic idea in several countries so it wasn’t some abstract idea.  But to scale requires serious funding not project by project activity and we didn’t find anyone with the imagination to support it.  One of the three arguments I presented to those interested was the need to be prepared for a pandemic, to depend on something other than social media. In the current crisis, people are starting to talk about this again and we are responding but with a very deep sense of frustration as this could have been in place years ago.  I find it interesting that there are two groups of people who really should, but never seem to, get the whole idea.  The one is the various tech gurus who understand the value of distributed cognition but want everything to be done via their algorithms and the other are those who want to curate stories from populations but seem blind to the epistemic significance of self-interpretation and critically, community-based facilitation. To make a tongue in cheek comment: the former seem to want a black box and the latter enjoy the power of curation too much for their own good!

Returning to Cynefin and the A/C domain (Chris calls it “WTF” but that could only apply to the A in the A/C) in the second post in this series I identified five pathways out of the A/C domain, but none into it.  I now want to add a sixth so, in order from low to high risk (in in order of elimination) using slightly different wording and sequencing from my earlier listing 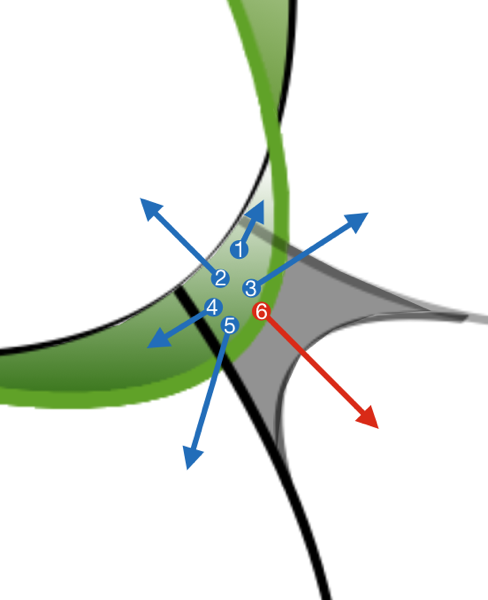 All of these assume you are in the Aporetic not Confused aspect of the fifth domain.  The danger of being confused is that you slip into chaos accidentally and that is something to be avoided.  There is, of course, much in common between the Aporetic, Confused and Chaotic domains but there are three key things we always need to do:

Of course, the elephant in the room here is preventing repetition and also codifying all of our knowledge and learning in a form which can be readily used and readily replicated in both current and future crises with easy linkage to tools that display the sort of cognitive and system diversity I had advocated here.  I’m working on a booklet on that the rest of this weekend so expect more later on that.  There is also work to do on the entry into this domain which I am starting to think of as Confused & Conflicting in common language.

Thanks to Zhen for this heading, in her earlier referenced post he quoted Derrida quoting Kierkegaard, “L’instant de la decision est une folie”, “The instant of a decision is a madness”, a leap of faith and she points out that for Derrida a decision was not programming; where we have a pattern of past success there is no stress in making a decision and this more or less applies in the Clear, Complicated and Chaotic domains of Cynefin.  However, in the Complex and Aporetic, we are only there because the programs no longer work.   To repeat Zhen’s quote from Derrida’s Dialanguages in ‘Points: Interviews 1974–1994’ (Stanford, Stanford University Press, 1995, 147–8.):

The moment of decision as such… must always remain a finite moment of urgency and precipitation; it must not be the consequence or the effect of theoretical or historical knowledge, reflection or deliberation, since the decision always marks the interruption of the juridico-, ethico-, or politico-cognitive deliberation that precedes it, that must precede it. The instant of a decision is a madness.”

The OED defines aporetic as a state of “perplexity or difficulty” which matches with Derrida’s idea of undecidability.  The secret of leadership here is to make decisions (or acts of madness) that appear sane, but hold as many options open as possible, but not too many.   We don’t really train people for this anymore but I always use Paton as an example – the supreme example of a wartime general who could not survive in a state of peace.   I’m studied a lot of works about him over the years and there are two key aspects I always reference.  As a cavalry commander, he knew how to look after his horse so he also learned to strip down and reassemble a Sherman Tank and as he was convinced he was the reincarnation of many past generals he studied and have a detailed memory of many many battlefields.   That gave him an adaptive capacity above and beyond the more conventional planners of his time such as Montgomery.   Adaptive capability, the ability to be decisive while holding options open is a key command//leadership ability in a crisis.  Unresolved issues, aporia create the space for more effective decision making as they create tension.  That can be achieved by questions, or paradoxical.  Think of Matthew 21:22  “Render therefore unto Caesar the things which are Caesar’s, and unto God the things that are God’s.” which gives a certain answer that really doesn’t resolve the question asked about tax.  Using MassSense to show minority views as well as the majority and asking why forces diversity and contradiction into the decision process.  Rounds of ritual dissent (the most popular technique I have invented) force diversity into the decision process.

One of the principal dangers in a crisis is premature convergence on a single solution and approach.  You have to be very very lucky for that to work for the first time.

The other piece of work I need to complete is a typology of aporia.  I also need to extend my recent work on Borton’s W³ question from the 1970s (often used but rarely attributed to include material in this series.  For the moment this series now comes to an end.  Tomorrow I plan to look more specifically at the Covid

The banner picture is a view over the Carneddau taken on the descent of Moel Siabod on January 15th 2019.  Inset picture (with a wicked sense of humour in the current Covid-19 crisis) is by Jasmin Sessler on -Unsplash

PS: For those who have been following this series you may want to look at Kim Ballestrin’s Linked in post on nuanced leadership styles using Cynefin which elicited an interesting response from Chris McDermott who said “I often describe the top half (complex, complicated) as requiring a bias towards facilitative leadership while on the bottom (chaotic, clear) its directive leadership” to which David Bland responded “Similarly I have the top as ‘transformative’ and bottom as ‘transactional’ but I think in a tweet exchange with @snowded he was interested in how one style would apply across each”

PPS: It looks like it is better to refer to the former Disordered domain as Confused with Aporetic being the name for the action in the liminal domain within Confused (so the equivalent of Exaptive in Confused)

I am officially on Day 13 of my strict Stay Home Orders. I have not ...